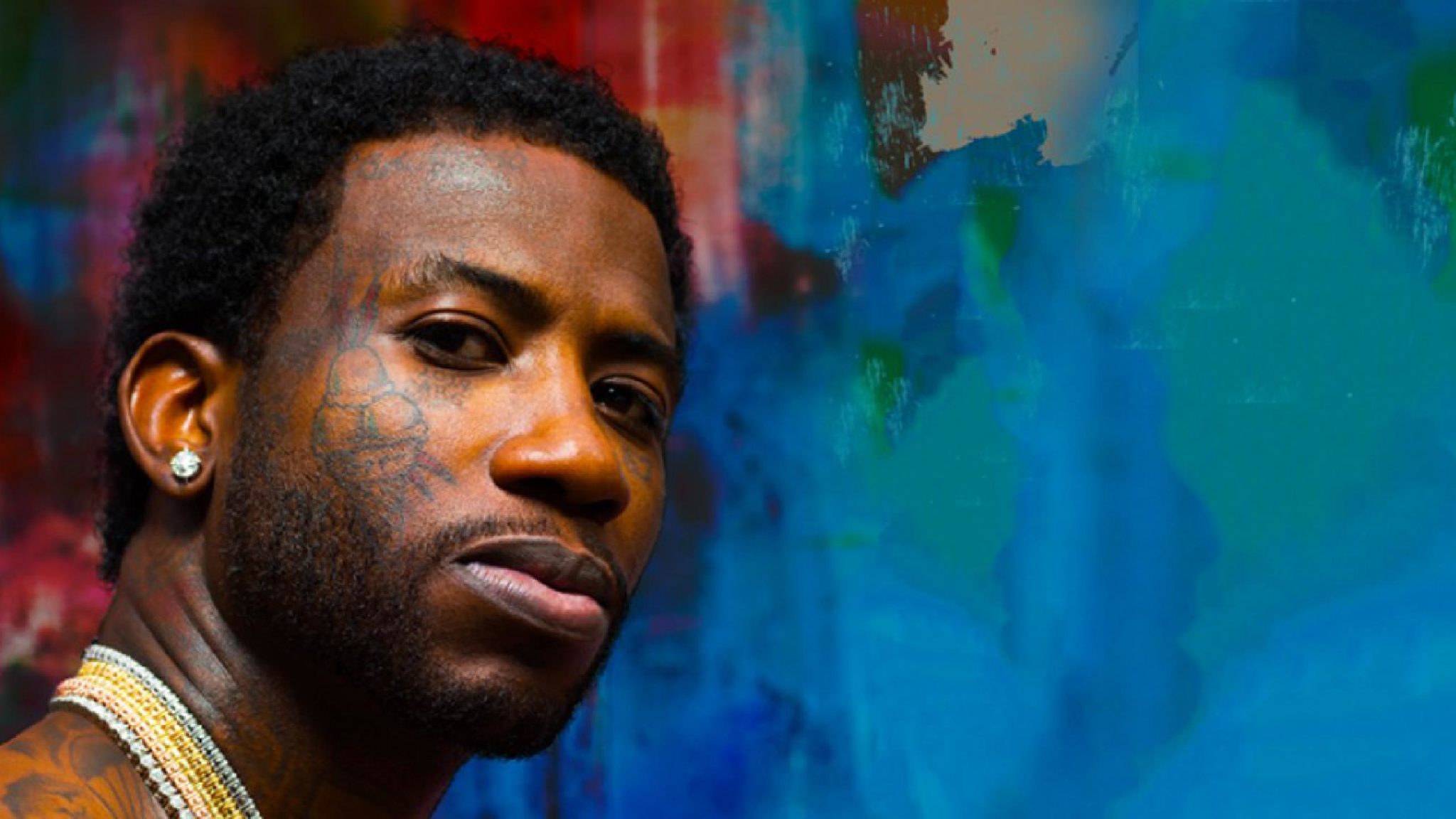 An American rapper, Gucci Mane is considered one of the pioneers of Trap music in the hip-hop genre. During his childhood, he had written verses and later started experimenting with rap music at the age of 14. He released an album called ‘Trap House’ featuring the “Icy” number in which Young Jeezy, his colleague, and rapper, lent his vocals.

Gucci Mane made headlines when he married model  Keyshia Ka’oir.

Gucci Mane was born as Radric Delantic Davis on 12 February 1980 to his parents Vicky Sean Davis and Ralph Everett Dudley. Also, Davis has a step-brother named, Victor Davis from his mother’s previous relationship.

It has been heard that when Davis was born, his father was on-the-run from the police due to drugs related charged.

Gucci had a tough childhood. He attended Jonesboro Elementary at kindergarten. His father left him and his mother, so his mother raised him as a single.

They moved to East Atlanta where he attended Cedar Grove Elementary School. Furthermore, Davis was a good student, but later he began to deal drugs with his older brother, especially cannabis.

He graduated from McNair High School in 1998 with a 3.0 GPA. He went to Georgia Perimeter College in 1998 on scholarship. But, later got expelled from the college in 2001 after being caught with cocaine. For the same reason, he had to spend three months in jail.

Gucci Mane started writing poetry and rapping at the age of 14. While he was in jail, he took music seriously and where he met other artists. By 2005, he released his first debut album ‘Trap house’ featuring with Icy and Young Jeezy.

.’ Some of his single hits are “Bingo

In the year 2009 May, Gucci was able to sign a recording deal with Warner Bros. Records. Gucci appeared as a guest singer in a couple of remix songs and tracks such as Maria Carey’s “Obsessed

Changed his record label from ‘So Icey Entertainment’ to ‘1017 Brick Squad Records’ after completeing jail sentence.

Moreover, his album The Return of Mr. Zone 6

was his highest charting EP to date.

In 2013, he released Trap House III and Trap God 2. Later in 2014, he collaborated with Young Thug in Young Tugga Mane La Flare, The Purple Album, The White Album

, and The Green Album.

He has released several mixtapes and albums in his till date like Trap Back 2, East Atlanta Santa, Trap House and also did some studio albums such as Gucci Vs. Guwop

, The Return of East Atlanta Santa and Mr. Davis. So far, his musical career has been successful.

But, later he also tried his luck in Hollywood. Gucci appeared in numbers of a film like The Come Up in 2012, birds of a feather in 2012, Spring Breakers in 2013 and many others.

‘ while he was completing his sentence in jail. It was written by Neil Martinez-Belkin, a former XXL Magazine editor.

bestseller. Gucci’s autobiography is said to have disclosed about his ten years old son.

In 2001, he was caught with cocaine and sentenced for three months in jail. Again, four years later in 2005, he was arrested with a charge of murder. However, the murder charges dropped then due to the insufficient evidence.

In 2008, Gucci got arrested for probation charges and was sentenced to a year in jail. But, he was released six months later. Back in 2011, a judge in the Superior Court of Georgia’s Filton Country ordered Gucci to visit the Psychiatric hospital.

The same year, he was arrested twice in Dekalb Country, on one charge of the battery and second charges of aggravated assault with a deadly weapon.

Also, in 2013, the Atlanta Police Department issued an arrest warrant on the name of Davis aka Gucci after he allegedly attacked a fan who was trying to take a picture with him.

The same year, again Mane was charged for possessing a firearm as a felon. For that, he could have been jailed up to twenty years, but later he admitted his crime. According to the Federal Burea of Prisons, he was released in 2016.

38-years-old, Gucci Mane married Jamaican model Keyshia Ka’oir in October 2017. Gucci gifted 25-carat diamond engagement ring to his wife which is estimated around $500,000. Furthermore, the theme color of the wedding was white.

The duo met in 2010, for Gucci, it was love at first sight. Gucci Proposed Keyshia In 2016 after his basketball game for the Atlanta Hawks. Before marriage, it was rumored that he was in an affair with multiple women at a time. He dated Masika Kalysha for two years.

Currently, Gucci and Keyshia were expecting a baby in 2018. Although, the rapper and his wife both already have children from their previous relationship.

However, Gucci Mane made headlines when he married model  Keyshia Ka’oir with a lavish wedding ceremony worth $1.7 million.

Gucci Mane made his fortune through acting and rapping.

However, Gucci Mane is roughly estimated to have a net worth $15 million.

Furthermore, after releasing his debut album ‘Trap House’ in 2005; he released 12 studio albums and over 70 mixtapes. In 2007, Gucci founded his label, 1017 records from where he made significant money.

Mane and his wife, Keyshia live together in a mansion in Marietta. The mansion worth is $9 million. Moreover, the home has a huge compound and has a master bedroom, bathrooms, swimming pool and 32 cameras all over the house for safety.

Gucci Mane is passionate about cars. He has luxurious cars collection such as  Lamborghini Aventador LP750-4 Superveloce worth $550,000, the Ferrari 458 Italia costing $240,000 and also owned Ferrari 612. Furthermore, he has a total of seven luxurious cars.

Gucci has a height of 6 feet 2 inches. He’s got lots of tattoos in his body and Ice Cream on the cheek is his most recognizable tattoo. He weighs approximately 92 kg and wears size 14 shoe.

In addition, measurements of his chest and arms are 44 and 15 inches. He’s also 35 inches waist. Moreover, he has black hair and brown eyes.