Home » Net Worth » Choi Jin-hyuk: Why Did He Break Up With Sun Eun Seo? Know Everything About Him.

Choi Jin-hyuk: Why Did He Break Up With Sun Eun Seo? Know Everything About Him. 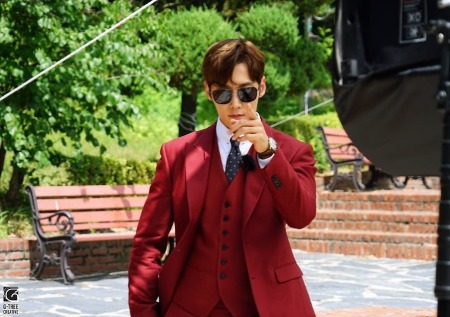 Many people from around the world love to know when it all about their favorite actors and actresses whether it from Hollywood or other countries? Well, we are going to talk the South Korean actor Kim Tae-ho who is better known by his stage name Choi Jin-hyuk.

Choi Jin-hyuk is widely recognized for his supporting roles in Gu Family Book and The Heirs. He even won many awards and nomination for his roles. To know about The Last Express actor, read the whole article.

Who is Choi Jin Hyuk’s Wife?

When it comes to celebrities’ personal life, most of them open it to the media and their fans, but there are very few celebrities who like to keep their private life secret. Among them, Choi Jin-hyuk is one who never talks about his love life on the screen. However, many of his fans are curious to know about his girlfriend and she is from the same profession.

As of now, the Tunnel actor is single and unmarried. In the past, Choi Jin-Hyuk was in a relationship with his co-star Sun Eun Seo whom he met on the set of My Daughter the Flower in 2011. Like other celebrities couples, the two didn’t last long and ended their romance in 2013.

It might be sad to see them separated, but the couple did it for the best for them and moved on. Years after the break-up, ChoiJin-hyuk has not seemed with any lady till yet.

After winning the KBS reality show  Survival Star Audition in 2006, Kim Tae-ho decided to make his career in the acting field. The same year, he made his debut on-screen with a minor role in the series Rainbow Romance on MBC network.

He is then followed by another role on the comedy series Just Run!, the same year. The actor gained lots of attention from the media as well as fans, which leads him to a major role in many movies and TV series.

Following that year, Choi starred in the romantic comedy series such as I Need Romance and Ms Panda and Mr Hedgehog. In 2012, Choi Jin-hyuk made his first big-screen debut in the romantic movie Love Clinique.

Some of his breakout appearances include Gu Family Book, The Heirs, The Divine Move, Koisuru Vampire, Beginning of a Dream, Emergency Couple, Pride and Prejudice and The Last Empress.

Choi Jin-hyuk’s upcoming series Justice would be set to release on July 17, 2019, in which, he played the lead role as  Lee Tae-kyeong on KBS2’s Wednesdays and Thursdays at 22:00.

In addition to his acting career, The Divine actor has always dreamed of becoming a singer and even went on to Seoul to study music. He also appeared in music videoes Even If I Choke Up and Sad Song.

What is Choi Jin-hyuk Net Worth?

The South Korean actor earns a significant amount of worth from his acting career. He has been continuously working in the entertainment industry since 2006. Choi Jin-hyuk has an estimated net worth of $1.4 million, as of 2019.

Besides, he makes extra income from the photoshoot and the fashion shows.

Choi Jin-hyuk holds South Korean citizenship and is of Korean ethnicity. Details of his parents and siblings are not disclosed on the internet. However, he adores his mother.

Moreover, the actor has not revealed information about his school, college, and university.

The South Korean actor has huge fan followers from across the worldwide on various social networking sites. Choi Jin-hyuk has over 657k followers on Instagram and above 50k on Facebook.