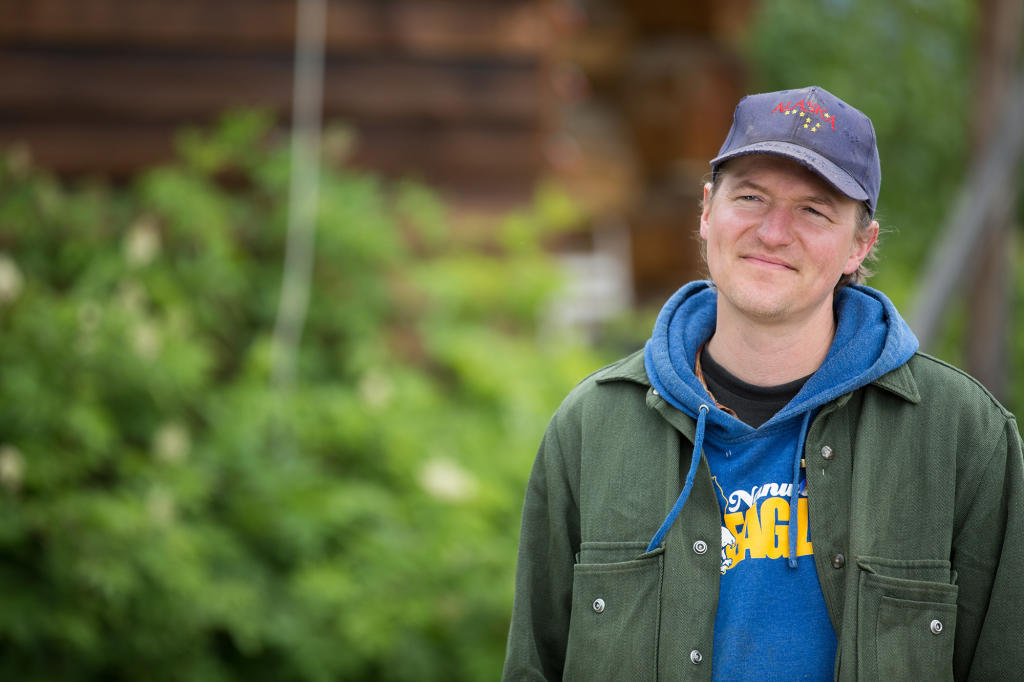 The show is all about the Kilcher family in which the day-to-day activities are going on. They live outside their Home, Alaska has no modern tools and surviving harsh winter which is very appealing to the fans.

Besides that Atz Lee Kilcher is the brother of famous singer Jewel Kilcher and sometimes he has accompanied her in the stage performance, he has other two siblings Nikos Kilcher and Shane Kilcher.

Atz Lee is the reality TV star of Alaska: The Last Frontier who is now forty years old. Atz Lee was born on 26 August 1977 to parents Atz Kilcher and Laendra Carroll in Alaska in the USA where he grew up with his siblings.

His father and Lee were singing together in this video. His father has the talent of singing and playing guitar as well and also is a real star of the famous reality show Alaska: The Last Frontier.

You may like Jeff Tietjens: Ex-Husband of Aisha Tyler, Age, Net Worth, & Divorce

Atz Lee Kilcher injured during the fall on 10 August 2015 which almost killed him. He walked right off a cliff while he was hiking with his friend, Mike Shulman in an area of Otter Cove in Kachemak Bay.

He fell off the cliff while searching for Mike. But Mike, who also fell, sustained minor injuries. Mike, who had a satellite phone at that time and call 911 soon ATz Lee was rescued. Atz Lee Kilcher injuries were severe, so he had to be taken to the hospital by helicopter.

Atz Lee has gone through the tough times. He has to go through the multiple injuries in which broken ankle, hip, shoulder blade, arm, two punctured lungs, and over a dozen broken ribs. However, Atz Lee recovered within a year. He tweeted his health condition via Twitter.

My accident was never really explained on the show, so I did a special interview to try and explain exactly what happened. Tonight on #AKTLF pic.twitter.com/IgDugEY7ee

Also, shows the video clip of Atz Lee Kilcher in the hospital after surgery, with his worried and his wife tearful wife, Jane inside the room.

Atz Lee and Jane met in the early 2000s. Atz Lee and Christina Jane exchanged the wedding vow in 2005. Before marriage, Jane is a commercial fisher-woman. Jane is the second wife of Atz Lee.

According to Jane, music plays a vital role in their love life. Atz Lee and his wife Jane have a similar interest in music. Both of them love music. Jane plays the piano, cello, and guitar. Atz Lee plays upright bass, harmonica, guitar, and other musical instrumentals.

In this video, Jane is playing the piano.

Atz Lee Kilcher and Jane have two children. A son named, Etienne Kilcher and daughter, Piper Kilcher but they don’t have a child together.

Etienne Kilcher is now 15 years old, and soon he will turn into sixteen. Etienne is the son from his previous relationship.

Grandpa, me and my son out exploring the wilds. #threegenerations

Piper is not the biological daughter of Atz Lee. It is hard to tell about her birth father — Jane Kilcher’s daughter with her ex-husband. Both kids children didn’t appear in the show.

Atz Lee and Jane both keep the children’s life secret and put out of the camera. The children are rarely featured them in the reality tv series Alaska: The Last Frontier.

Jane told that they do this because the kids are too young and they can’t face the negative comments from the net trolls which might affect them mentally.

Jane also added that her daughter Piper doesn’t want to appear in front of the camera. Maybe she will change her perception in the future.

Atz Lee Kilcher And His Wife, Jane Kilcher Rumors Of Having A Divorce

Atz Lee and Jane have a beautiful relationship. The pair have a mutual understanding between them. Apart from that, they have been trolls on the internet that they were getting divorced.

Tomorrow is a special episode about Atz Lee after a regular episode (of which I'm hardly featured ???lol)… I have to…

My lovely fisherwoman @janekilcher Getting the job done! 200 lb halibut makes a lot of good eats. ???

Atz Lee Kilcher has earned net worth of over $2 million from his gaining through the Reality TV Series ‘Alaska: The Last Frontier’ where they mostly gather fish to survive during the winter.

His salary per episode from Alaska: The Last Frontier is $20,000.

Despite that, he is a great musician and has dreamed of being a singer, but later he followed his passion.

Atz Lee called himself the “black sheep” of the family. Mostly he earned money from hunting and fishing. Lee believes that using hunting skills is to provide enough meat for his family which calls for life-threatening risk at times. However, he says he enjoys it.

Kilcher family has 613 acres of land in the greater Homer area. The total value of the Kilcher family’s real estate is around $3.6 million, and the homestead accounts are over $800,000.

You may like Eivin Kilcher: Bio, Mother, Family, Career, Net worth