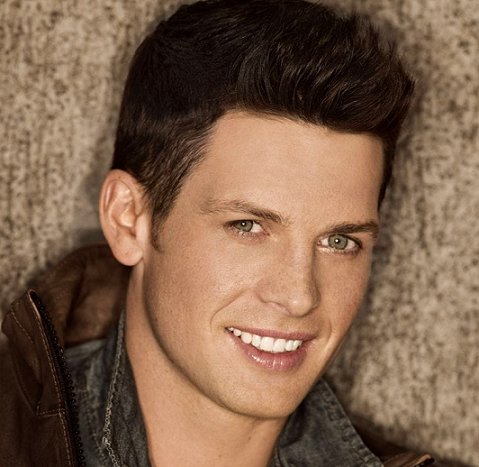 Read about The Tenors’ Clifton Murray: his net worth, personal life, wife, and family. Do you know that he dances, handles weapons, and plays sports?

Performing and a great voice runs in Clifton Murray’s blood. His paternal grandparents both sang and entertained audiences in the 50s and 60s. Georgia, his sister, is also a singer in Canada– honed by the years she spent with Clifton and their father performing before guests in the family- owned resort.

What can’t Clifton Murray do?

Music is an enormous part of Clifton’s family.  The famous Irish tenor and Canadian TV personality George Murray is his grandfather, and his grandmother Shirley Harmer, used to be a singer and TV actress. For 50 years, she sang in the church choir up until her death in 2016.

His mother Deborah, also a music lover, is from St. John’s and it is where he gets his compassionate heart from. Described as humanitarians, Clifton’s maternal grandfather Walter Davis worked two decades to eradicate TB via Newfoundland Tuberculosis Association. Olga Davis, Murray’s grandmother was one of the first nurses on the Christmas Seals–a program of the American Lung Association. 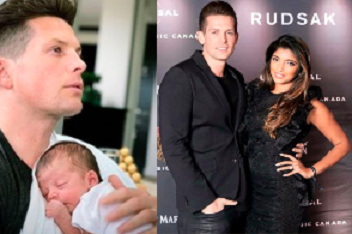 In 2015, he married his long term girlfriend and best friend Rachel Carvalho, in Vancouver, Canada. A gorgeous woman, she could pass off as Hollywood actress  Priyanka Chopra’s doppelganger.

The couple had their first son, Theodore James Murray, in 2019.

At age 10, Clifton started performing with sister (also a singer) Georgia and their father at the family-owned  Nimmo Bay Wilderness Resort, which still exists to this day (2020).

As the resort hosted people from all walks of life, Clifton learned to perform well and socialize with various audiences at a young age– skills invaluable to his career in the entertainment industry.

He also travelled extensively in Canada’s eastern and western portions, where his maternal and paternal grandparents were from. Clifton said he travelled often to Newfoundland from British Colombia.

What Was Clifton Murray’s Childhood Dream?

Making it to the Olympic high jump team, being an NBA player or a movie star would have been Clifton’s childhood dream and growing up, he did not waste an opportunity to hone his passion for athletics and the performing arts.

Which Schools Did Clifton Murray Attend?

If not for health issues mainly a shoulder injury and later on a hypertrophic cardiomyopathy (heart condition) diagnosis, Clifton would have been an athlete after receiving a rugby scholarship at the University of Victoria.

Setting his sights on the entertainment industry, Clifton studied theatre and voice at Brentwood College, and graduated with honors from Vancouver Film School.

A prolific athlete, entertainer, and outdoor expert, he was a nationally ranked high-jumper, provincial rugby player, soccer and basketball player, a kickboxer, heli-snowboarder, and a hockey island all star player.

At 18, he joined Season 5 of the Canadian Idol,  which was first aired in June 2007. His debut performance of Edwin Mccain’s I’ll Be did not impress the judges and sent him to the bottom four. Clifton was eliminated early in the competition.

Carly Rae Jepsen was also a contestant in that season and did better than Clifton, she was the last woman standing. Jepsen’s performance failed to topple Brian Melo, who was declared Canadian Idol 2007 winner.

Clifton Murray Before The Tenors

Before joining the renowned quartet The Tenors in 2009, Murray was a soloist for the Vancouver- based Good Noise Gospel Choir. He also played the lead role in the production of Daniel Brooks’ play The Good Life in Studio City, Los Angeles.

Many would have found Murray familiar, as he starred in few films and television shows.

As a teen, and before belting songs in the Canadian Idol, he starred as one of  Channing Tatum’s friends in the 2006 romantic comedy sports film, She’s the Man, where Amanda Bynes was the lead actress/ actor. In 2009, he starred alongside Ben Stiller in Night at the Museum II and pro wrestler Steve Austin in Damage, both in 2009.

Murray in The Tenors

For those who haven’t seen him in movies, Murray is known as part of the vocal trio powerhouse, The Tenors.  Fraser Walters, and Victor Micallef complete the classical boy band.

In 2010, the world witnessed the group’s vocal excellence on Oprah when they performed Leonard Cohen’s “Hallelujah” with fellow Canadian Céline Dion. Their ability to crossover from classical to contemporary pop music with ease has made them famous.

Since then, international audiences have eagerly received the group, among them Queen Elizabeth II, who told them at the sidelines of ITV network’s Diamond Jubilee Show that Hallelujah was one of her favorite songs. In the same event, the quartet also sang “God Save the Queen”, the harmony of which  Murray only learned on the way to Windsor Castle. 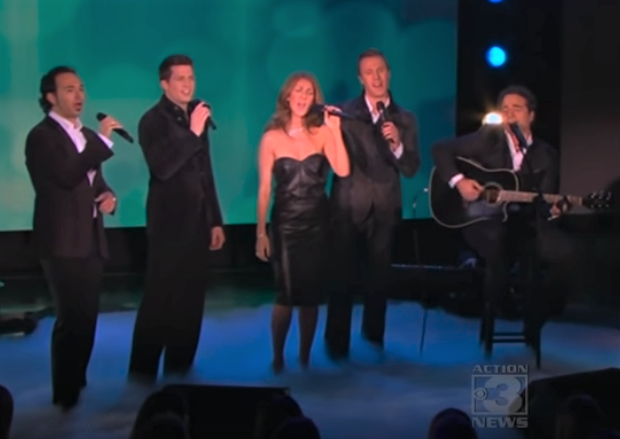 Remigio Pereira was a long time fourth tenor who left in 2016 after causing a controversy for changing the lyrics to the Canadian national anthem. The formerly rogue Tenor also held an “All Lives Matter” sign during the Major League Baseball (MLB) All-Star Game in San Diego in July of the same year.

The group had told the public that professional and personal differences led to the “difficult decision” to part ways.

It was only the beginning, as The Tenors conquered the music world by performing at the Emmys in 2011 and with superstars like Andrea Bocelli, Sting and Paul McCartney and entertained audiences around the world.

Original members Ken Lavigne, Philip Grant and Paul Ouellette formed the Canadian Tenors in 2003. The trio gained fame in their homeland but the group had since been rebranded as The Tenors in 2012 to breakthrough as international singers.

After changing lineups through the years, the classically- trained singers in the group were happy to invite the gospel- trained Murray, who joined in 2009.

The Tenors actively sought Murray after listening to his solo album sent to Universal Music Group, the same studio that released their platinum-selling self-titled debut album and double-platinum holiday album, The Perfect Gift. The Tenors signed a US distribution deal with Verve Records in 2012. 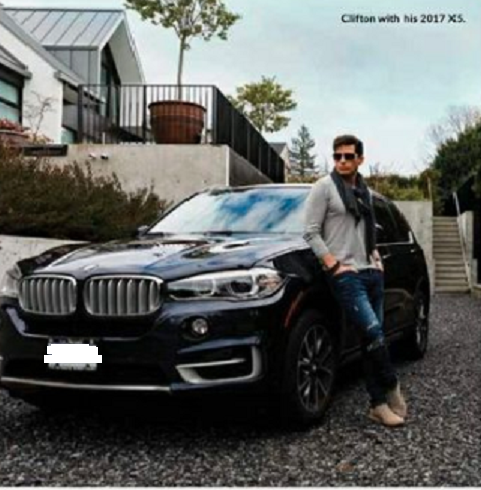 Clifton has been in the entertainment industry for a long time and used to have a steady stream of movies and television appearances. He was also born from a financially robust family with a thriving business.

What Car Does Clifton Murray Drive On?

For being “sleek, streamlined and classy”, Clifton chooses to drive a 2017 BMW X5. The crooner said he loves to look good on the road and likely purchased the said vehicle from CAD70K to CAD82K. 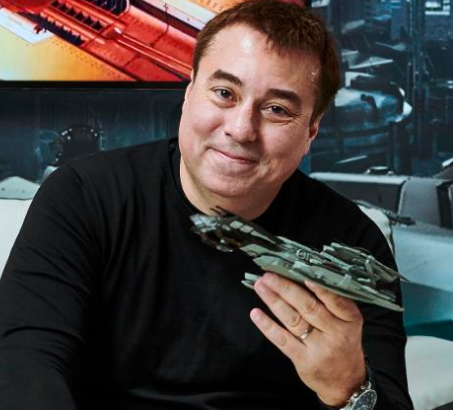