Learn more about the beloved actor, Russell Johnson. Is the Professor from Gilligan’s Island the inspiration for Money Heist’s character with the same name?

Russell Johnson was a walking contradiction. His acting career spanned over 50 years, but he was best known for playing only one character—that of The Professor in the American sitcom, Gilligan’s Island.

He appeared as former US President Ronald Reagan’s no-good brother in a film, yet his agent of over 20 years describes him as a considerate and respectful soul.

Johnson was born in Ashley, Pennsylvania, to parents Russell Kennedy Johnson and Marion Wenonah Smink. He was the oldest among seven siblings and was  nicknamed Johnny as a child.

His father died of pneumonia at the age of 31, and youngest brother Paul Wesley, only a year old, died soon after. His mother Marion later remarried Thomas S. Lewis.

After his father’s death, Russell was sent to Girard College, an all-boys private boarding school in Philadelphia.

Russell Johnson in the Army

He joined the United States Army Air Force (then named US Army Air Corps) as an aviation cadet and was commissioned as a second lieutenant.  During World War II, Russell  flew 44 combat missions in the Pacific as a B-25 bombardier.

Flying as a navigator in March 1945, his B-25 was shot down by Japanese troops somewhere in the Philippines. He and two colleagues, a bomber and a co-pilot had to land in the sea  off Zamboanga.

In November 1945, he joined the US Air Force Reserve and used his GI Bill to study at the Actor’s Laboratory Theatre in Hollywood. 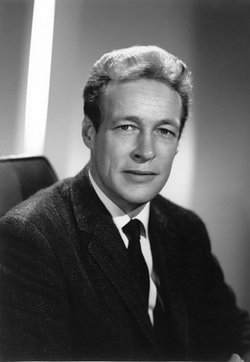 He started doing action on screen, appearing as a sailor in the short-lived TV series Fireside Theater in 1950. He also acted as a gangster in an episode of The Adventures of Superman, filmed in 1951, but broadcast only two years later.

His first film was “For Men Only”, a drama about fraternity hazing, where Johnson played a sadistic fraternity head, in 1952.

Succeeding roles for Russell were mainly in Westerns — an action movie genre teeming with cowboys, horses, guns and shootouts. In 1952, he starred with blonde bombshell Marlene Dietrich in  Rancho Notorious. He played former US President Ronald Reagan’s brother in Law and Order and also appeared in Badman’s Country.

Science fiction films also appealed to Russell, where he starred in cult film classics It Came from Outer Space, This Island Earth, Attack of the Crab Monsters, and The Space Children.

Multiple TV appearances made Johnson a TV staple, having acted in the military drama The Silent Service, four times. He also acted twice with June Allyson on her CBS anthology series The DuPont Show with June Allyson.

With William Shatner, he was a guest in the 1961 episode of Thriller. As the character named John Metcalf, he was seen in the CBS anthology series GE True. He also starred in other drama shows the Real McCoys,  The Dakotas, and Breaking Point, aired by ABC.

Russell Johnson in The Twilight Zone

He appeared twice in the Twilight Zone, with both episodes depicting time travel. In 1960, the aptly titled “Execution” episode saw Russell as a scientist fine-tuning his time machine only to inadvertently send back a 19th century killer.  A year later, in 1961, he was discussing time travel with colleagues only to find himself present during Abraham Lincoln‘s assassination.

Russell Johnson in the Gilligan’s Island

Despite his versatile acting skills, Russell is best known as The Professor in the American cultural icon, the Gilligan’s Island TV series. The comedy series ran from 1964 to 1967 and was aired on CBS.

The sitcom tells the story of seven shipwrecked castaways with unique personalities, as they try to survive the island. Their attempts to escape had all been in vain, thanks to Gilligan.

Portrayed by Bob Denver, Gilligan is recognizable for his trademark red shirt, light- colored pants and white sneakers with white navy cap.  He is the accident-prone first mate of the fictional ship SS Minnow in the series. 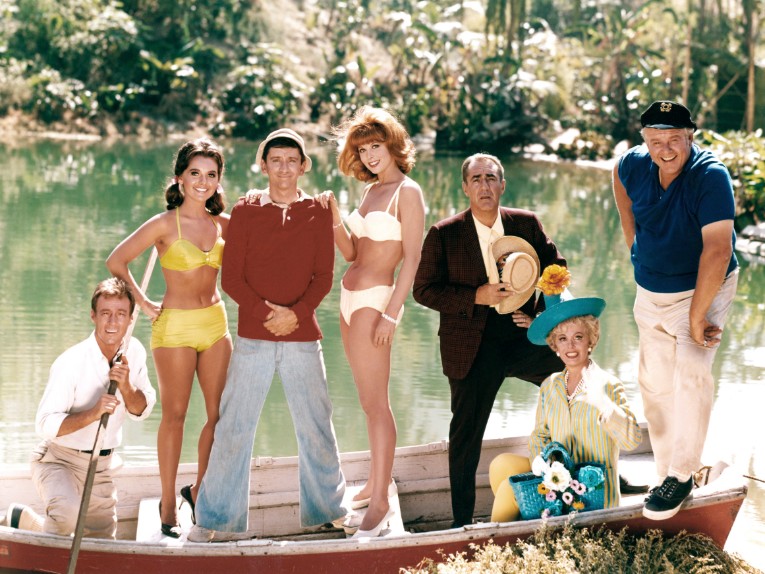 Russell Johnson As The Professor

While auditioning for the role, he was asked to take his shirt off. He refused but still got the job. The unusual request was to balance the two female characters (Ginger and Mary Ann) who were deliberately chosen to play as sex symbols.

Russell, as The Professor Ron Hinkley, was a high school teacher whose reason for being in the SS Minnow was to write a book on botany. In the show, he invented stuff from coconuts and bamboo. Apart from being a Science geek, he was also the most logical character, called in to settle castaway disputes.

Being in the show was both a blessing and a curse to Russell. In several interviews, he mentioned having wonderful memories from starring in the show. When it stopped airing  though, he had difficulty getting dramatic roles. He was so associated with his role as the Professor that he could not seem to shake it off.

He, however, said that he doesn’t regret playing the character.

Gilligan’s Island filmed 98 episodes in three seasons, but it was so popular that in 1978, a two-part made-for-TV movie Rescue From Gilligan’s Island was aired. In the movie, the castaways were successfully rescued but found themselves back on the island after a botched Hawaiian cruise reunion.

Another spin off was aired a year later, where the castaways were entangled with stuntman cagers in The Harlem Globetrotters On Gilligan’s Island.

The cast and creators of the series did not think the series would last long. Fifty years on, however, the show’s spin- offs and reruns still enjoy high viewership on television and social media channels like YouTube.

Johnson married three women in his lifetime. Edith Cahoon was his first, they married in 1943, and divorced five years later. In 1949, he married fellow  Actors’ Lab student Kay Cousins.  Russell and Kay had a daughter and a son, Kim and David, respectively. In 1980, Kay died.

Two years later, Russell wed Constance “Connie” Dane, who was to be his wife until his death in 2014. Marrying Connie, Russell became a stepfather to Courtney Dane.

After living in Los Angeles since their union, Johnson and Dane moved to Bainbridge Island, Washington, in 1988.

The overall vibe of Bainbridge Island allowed Johnson to work with writer Steve Cox on the memoir, “Here on Gilligan’s Isle,” published in 1993. The book was a behind the scenes look on the set of the over 50-year-old show.

While he seemed to have concluded his acting career, Johnson remained active lending his voice to characters and commercials on TV and radio.

How Did Russell Johnson Die?

At 89, Russell died in his sleep with the family members; wife Connie, and daughter Kimberly, at his side, in January 2014. Johnson was also survived by his stepson, Courtney Dane, and a grandson.

The doctor declared Johnson died from kidney failure. His remains were cremated, and the memorial service was held a month later.

His death came unexpectedly somehow, as days prior, he was still signing autographs and showed up for public appearances over the holidays.

With his death, only two surviving casts of Gilligan’s Island remain alive as of mid 2020 — Tina Louise, who played Ginger and Dawn Wells, who was known as Mary Ann.

Unfortunately, actors did not earn in syndicated shows they starred in until the 1970s. So it is unlikely that Johnson got anything from Gilligan’s Island syndications.

With his ample earnings in acting, he was able to build this house in Bainbridge: 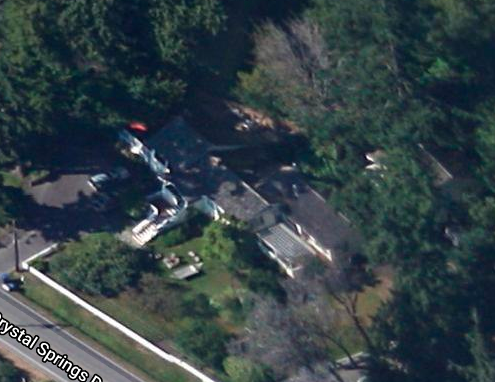 Apart from appearing in films and television, Russell Johnson shifted to voice acting years prior to his death. He also guest-starred in the late 1990s on TV shows “My Two Dads,” ”Dynasty” and “Newhart”.

According to a discussion forum, a signature for Topps cards probably fetches up to $20 each. Others charge per set, for instance, $100K for 300 cards. Johnson’s autographed cards have likely increased its value following his death.

The Professor in Money Heist

Netflix’s Money Heist  also has a fictional character named The Professor. Both represent mental brilliance, but while The Professor in Gilligan’s Island was a level-headed inventor, Money Heist’s character is wickedly cunning. Thus, the similarity ends in both having the same moniker.