It is both difficult and challenging to pave your way in a foreign land, especially when your appearance is a matter of talk to other people. Even though Mercedes Javid has a voluptuous figure, she didn’t let it come in her way of success.

Now, she is a television reality star with luxurious life, a loving husband and a baby in her way. Mercedes Javid’s life and success tells that our past, what we are and where we are from doesn’t matter at all, it is all about what we believe in and what we make of ourself. 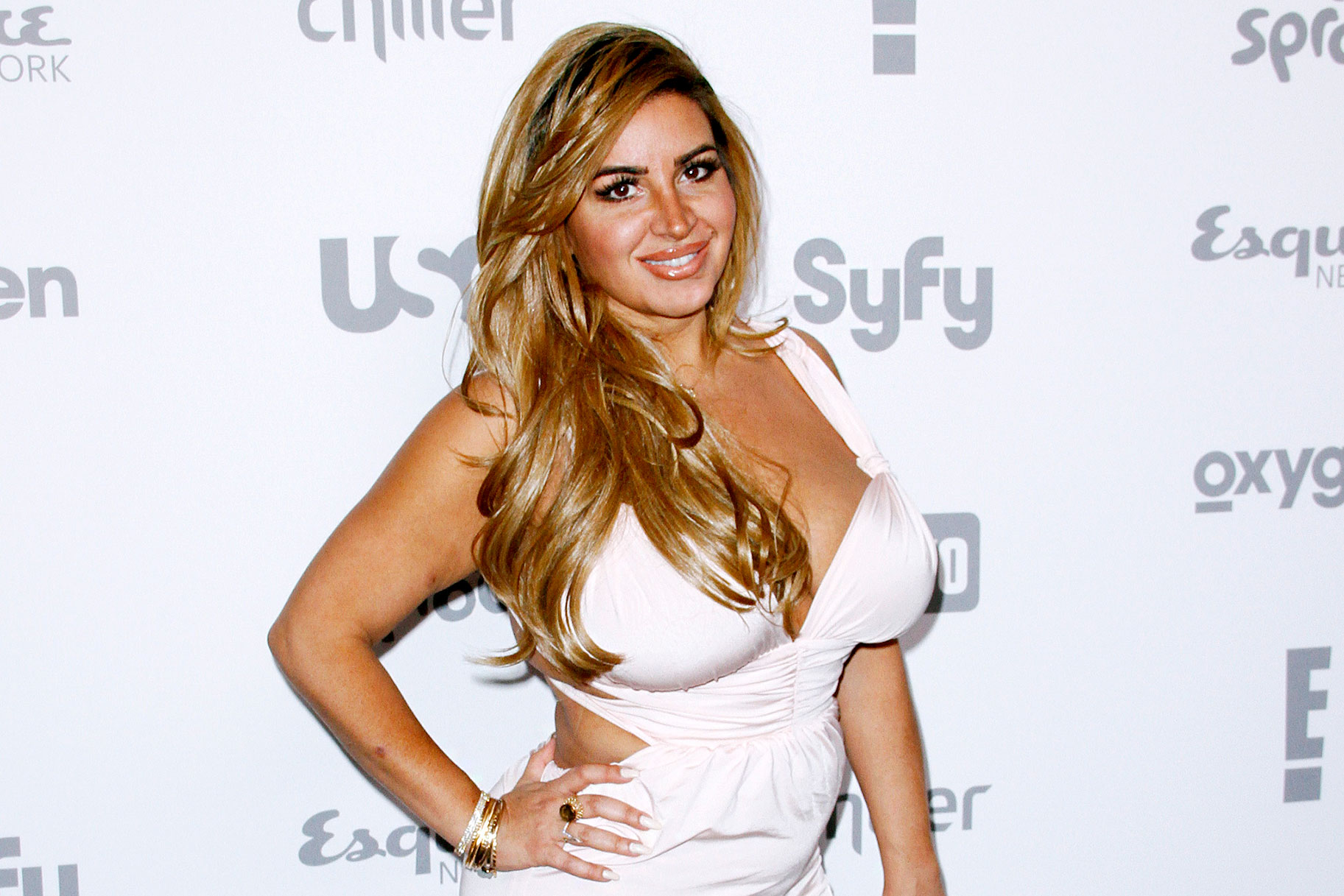 Although better known as Mercedes Javid “MJ,” Mercedes was born as Mercedes Christine Javid on August 12, 1972, in Tehran, Iran. She was born to Shams Javid and Vida Javid. Mercedes with her family came to the United States when she was a child.

Mercedes Javid went to Beverly Hills High School and graduated from California State University with a Bachelor of Arts degree in English Literature.

Imagine growing up with a voluptuous figure in a different country with new faces – well, it is indeed not something we want to grow up with. Well aware of her figure, Mercedes grew up conscious of her weight.

When Mercedes was 14, she was put on a diet pill by a physical to lose extra pounds

. However, MJ quit them sometimes after.

Mercedes parents got divorced when she was a child. However, they remained close to each other for the proper upbringing of Mercedes.

As we often see on the show of Shahs of Sunset, Mercedes Javid and her mother, Vida has a complicated relationship. Sometimes the arguments become explosive because of Vida’s domineering tendencies and insistence of MJ following.

One time things went too far, and Vida even told MJ she wasn’t marriage material and should give up on getting married.

Despite a complicated relationship with her mother, Mercedes shares a close bond with her father. When Sham suffered from a stroke, MJ even took care of him as a caregiver.

Mercedes Javid on Shahs of Sunset

Shahs of Sunset is a famous American reality television series

. The series shows the juggle of their active social lives and up-and-coming careers while balancing the demands of their families and tradition.

Mercedes is a real estate agent living in Hollywood Hills and one of the main cast of the show since its start.

As long as we have seen her in Shahs of Sunset, Mercedes has been working for Keller Williams Real Estate. She is also referred to as the life of the party by her friends, but she ends up regretting because her job entails waking up early.

Does Mercedes Javid “MJ” have a criminal history?

Mercedes worked as a teller at the Home Savings Bank in Beverly Hills at the age of 18. Later, she was accused of a case of bank fraud. When an investigation was made, she pleaded guilty in 1994, although she didn’t receive any monetary benefits for going along with real criminals scheme.

Mercedes had to spend a month in jail along with a house arrest stint. Serving probation time, voluntary work, fine: she did all of this for her crime.

It was a real struggle for Mercedes to pave her way all along to what she was.

Love Story of Mercedes Javid and her husband

, a popular dating app which has helped to find love online to millions.

After dating for years and going through ups and down, Tommy proposed Mercedes in 2016 on the show with diamond-shaped cushion cut gorgeous ring

. However, the couple didn’t hurry to tie a knot. They got married after two years of being engaged on April 21, 2018, in a hotel rooftop in Los Angeles.

It will be unfair if we don’t discuss how Mercedes looked on her big day. Well, she was a sight to behold. MJ choose an embroidered, sexy see-through mermaid fit custom designed by Pedram Couture. The dazzling gown

was a perfect blend for MJ’s signature sexy

Mercedes was over the moon after marrying her love, Jimmy Feight, but soon after the wedding, she lost her father. He got married in April and in May, she lost one of the most precious people of her life, her father.

Although the loss was significant for her, looking at the bright side, she became a lot closer to her mom.

They say women’s life is complete once she becomes a mother. Mercedes also had the same dream for a long time. She also went through IVF (In Vitro Fertilisation) treatment with a hope of getting pregnant.

And, now it seems like, Mercedes is granted with her wish. She announced that she and her husband, Tommy were expecting a baby this May.

on her Instagram through a video. She posted this video on February 2.

Mercedes Javid “MJ” net worth as of 2019 constitutes to over $5 million.

Apart from her fortune, Mercedes lives a very lavish life in a stunning mid-century style home in Los Angeles with her husband.

The dining room features a gray colored wall with arrow indentations, as well as star-shaped chandeliers

. The living room is equally royal with bohemian designs in two shag pillows, a multicolored pillow, three different seating arrangements bought together by marble-topped coffee tables at the center of the display.

Of course, Mercedes’s house is a dreamy, as it features furniture

pieces by some of the top furniture designers in the world like Milo Baughman, Philippe Starck, and Charles Hollis Jones.

Mercedes Javid loves flaunting with her gorgeous pictures on social media. Her Instagram, as well as her Twitter, is filled with photos of herself with her husband, friends, and her pet dogs.

Quick, easy, & satisfying when I’m on the go and want to feel good. @flattummyco #ad