Maureen Blumhardt is a former celebrity model well known for being the wife of famous NBA basketball player, Charles Barkley.

She was born in 1960 in New York, America. Her parents belong to white ethnicity. Maureen, an ordinary woman who was away from the limelight before married to Charles, could not avoid the limelight.

She is one of the ladies who become famous in America due to the controversial marriage relationship. One of the definite reasons for that is, she is married to Afro-American Charles Barkley.

Charles is an American retired professional basketball player who is currently an analyst in the NBA. He has earned millions of dollars till now.

The relationship of Maureen Blumhardt and Charles Barkley is famous. Their marriage is long lasting as there is no any rumor of divorce in social sites as well as in television media about their marriage.

Maureen appears less the highlight on the television screen and social media. However, there are five facts revealed about her that one must know.

When Maureen & Charles met at the first time, Maureen was working as a legal assistant and a part-time model in the Bucks County, USA.

The couple first accidentally met each other at a City Avenue restaurant where they got the impressive eyesight. The news of Maureen and Charles could be spicy for the media.

As a successful African-American basketball player is in a deep relationship with a white Caucasian female, certainly raises quite a few eyebrows. However, their love life remained hidden from media until they got married.

Maureen and Charles love relation was unknown for many sources. When they got into marriage relationship in 1989, it raised a great deal of controversy.

They are enjoying their marital life happily for over 25 years. There are no any issues till now that might lead them to split. Charles and Maureen married in 1989.

At the time, according to Live RampUp, the couple tied the knot while Barkley was playing for the 76ers. He became the member of the team in 1984, two slots after Michael Jordan, and remained with them until the 1992-93 season. 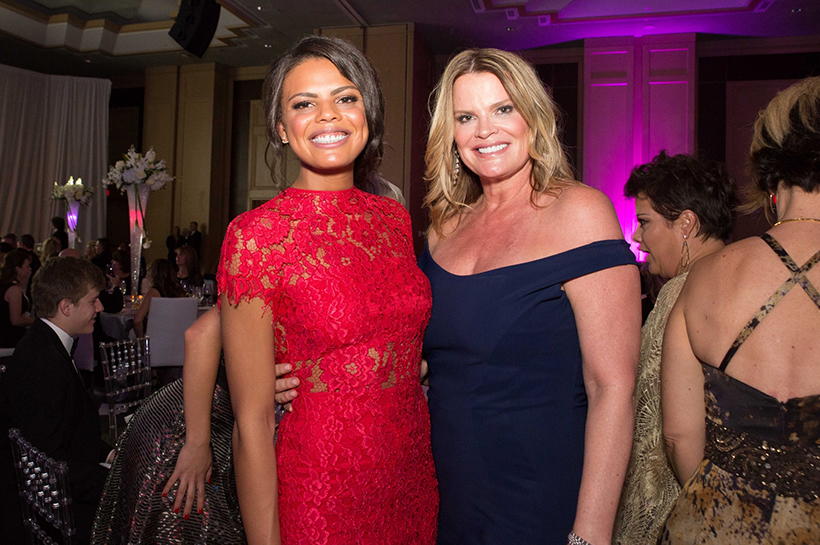 Later on, he joined Phoenix. The Barkley’s live in Scottsdale, Arizona, in a mansion that they have reportedly owned since the late 1990s.

Maureen recalls her wedding day where Charles became nervous and emotional. They are at almost 25th years when are together as a husband and a wife, and the marital life is going smoothly. After getting married to Maureen, Charles changed his lifestyle trading his free time being with his mates and playing golf to helping his wife with household chores.

Maureen & Charles married in 1989 and blessed with a daughter child named Christiana Barkley. Their daughter was born in the same year of their marriage in 1989.

There is also a  going on that they have a son, but the couple has not confirmed any reliability of the rumor. Got a daughter named Christiana Barkley in the same year.

Biologically, she is a perfect blend of the two genes, white mother and black father her looks. Christina Barkley is recently 29 years of age and has completed her graduate studies from Columbia Journalism School.

Blumhardt is a former model. She has appeared previously, in some advertisements including the Noblerex K-1, a body vibration machine.

From her very young age, she wanted to be an actress, but she could not do it and decided to change her field. She then started doing business ventures.

Maureen, She has also served as a legitimate assistant once. Maureen is also a member of Fresh Women’s Foundation. It is a charity organization that encourages women liberation through skills work and woman education.

She plays an active role in the foundation’s activities through instructing, preparing and engaging the underprivileged women in different activities to make them stronger.

She earns much money that she earned through her business ventures. Her net worth is decidedly less & but her husband’s property is hers too, and the combined net worth of the couple is $40 million.

This money includes about 40 million that he made as a player, millions in endorsement deals with companies such as Nike and McDonald’s as well as his post-playing career income as an NBA analyst.

Barkley’s current contract with the TNT network has paid him about 1.5 million dollars in 2012 and 2013. Barkley’s high net worth is particularly noteworthy due to his admitted struggles with gambling.

He has stated that he has lost about 10 million dollars due to gambling.