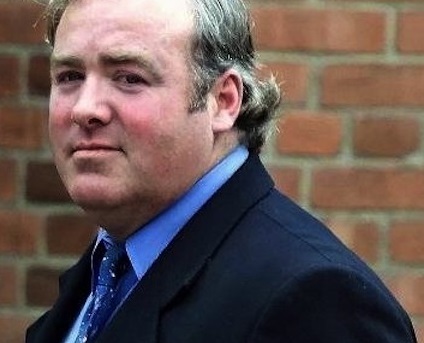 Description: In 1975, a 15-year-old girl was found mysteriously murdered. Decades later, a suspect was arrested. Read now to learn more about the case and the accused.

Bubbly and popular teenager Martha Moxley was mysteriously murdered near her home in a high profile and gated community in Greenwich, Connecticut, in 1975. Kennedy cousins Thomas and Michael Skakel were the prime suspects but the police, rumored to be under their father’s payroll, could not pin them to the crime scene.

Twenty- five years after the incident, Michael Skakel was convicted on circumstantial evidence and served more than a decade in prison. His lawyers have since filed countless appeals, finally granting him liberty since 2013.

Almost half a century later, the question remains, was Skakel’s wealth and influence fundamental to his release or was he wrongfully convicted? 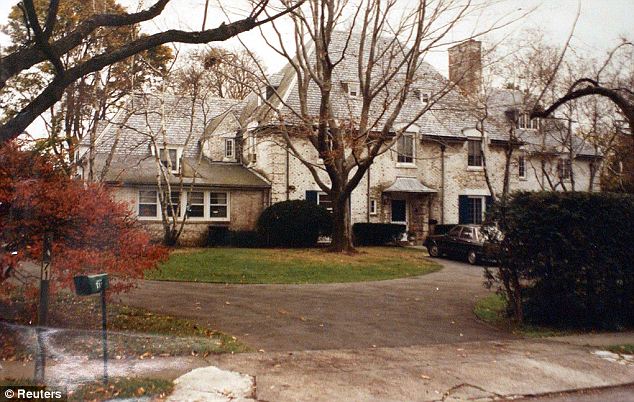 Michael was born to expansive wealth, his grandfather George being the founder of Great Lakes Carbon Corporation, one of the largest and wealthiest privately held coal corporations in the United States. George was a railroad worker who made millions mixing coal and oil residue to use as heat and energy source.

Rushton, Michael’s father, was heir to the company’s fortune. Together with his wife Anne, they bore seven children, and lived in a huge sprawling property on Otter Rock Drive in the elite neighborhood of Belle Haven, in Greenwich, Connecticut.

In 1973, Anne died of brain cancer when Michael was 12, leaving the seven children– five boys and two girls with their absentee father.  After his mother’s death, Michael engaged in alcoholism at a tender age.

He was a poor student and reportedly flunked out of a dozen schools in part because of an undiagnosed dyslexia.

Household help and nannies were an enormous part of Michael and his siblings’ childhood, but for the most part, they were left unsupervised.

Michael’s cousin, Robert F. Kennedy, Jr., later wrote that Skakel was a “small sensitive child with a harsh and occasionally violent alcoholic father who both ignored and abused him.”

At 17, a heavily intoxicated Michael engaged the police in a high-speed chase near his family’s ski lodge in Windham, New York. Police cut the chase when Michael mowed a telephone pole.

Rushton then spent a good deal in damage control rather than disciplining his out-of-control offspring. To avoid jail time for Michael, his father struck a deal with cops and they released him on the condition that Michael checks in a rehabilitation center.

In handcuffs, the family and cops sent Michael to the Elan School in Poland Spring, Maine, a residential behavior modification program and therapeutic boarding school for rich but troubled and addicted kids. Michael escaped twice and left the school after two years.

A spoiled kid with a bad temper was how neighbors and teachers described Michael. Kenneth Littleton, live-in tutor for the Skakels, recalled a terrifying incident where Michael killed a chipmunk with a golf club and crucified it by pinning its legs over the hole.

Weeks later, Martha Moxley’s lifeless body was found under a tree near her house. She was bludgeoned to death with a golf club.

Who Was Martha Moxley?

A famous sophomore was about to become part of the cheerleading squad, 15-year-old Martha Elizabeth Moxley lived close to and hung out with the Skakels. Her classmates had voted her the girl with the “best personality” and was the most popular girl at Western Junior High School, just nine months after transferring there.

According to her brother John Moxley, Martha was friendly, athletic, and talented. A cheerful and easygoing child, she was very easy to get along with. 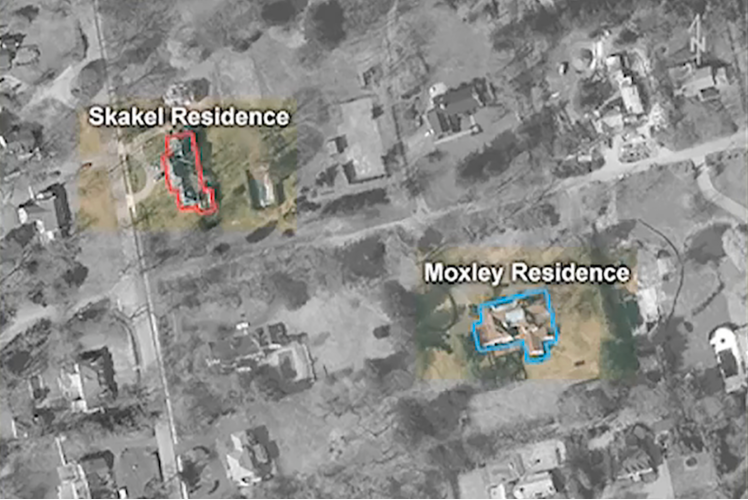 She was last seen alive with the Skakels. She had dropped there  for Mischief night, throwing eggs and toilet paper, and powder bombing houses, streets and cars.

Her mother Dorthy Moxley got anxious when Martha still hadn’t arrived home late in the night. They frantically searched for her but couldn’t find her.

Her blood- covered body was discovered the following day under a pine tree near her house. According to police accounts, Martha could have been walking to the driveway when she was attacked, with the perpetrator hitting her head from behind.

The victim was struck with a steel golf club forcefully, leaving it to break, and the broken shaft was used to stab her through the neck. Police said she was not sexually assaulted despite being found with her pants and underwear pulled down.

Evidence Point at the Skakels

Police investigators later found the murder weapon,  a 6-iron golf club from a set that had belonged to the Skakel’s deceased matriarch Anne. Brothers Michael and Thomas Skakel were the last to see Martha alive.

According to Littleton, police briefly questioned the Skakel brothers but released them after finding no obvious evidence to implicate them to the murder case.

Public opinion criticized police for being too lax against the well-connected Skakels.

Prosecutors assessed the absence of direct physical evidence against Mr. Skakel, who claimed he was at a cousin’s house miles away from the murder scene when it happened. A witness however, testified later in court that Michael did not leave the Skakel house the night of the murder.

A September 1975 entry in the victim’s journal showed that Tommy and Michael are apparently competing over Martha’s attention. She mentioned an incident where a controlling Michael confronted her to stop interacting with his older brother, Tommy.

This is one of the possible motives for tying Michael Skakel to Martha Moxley’s murder. In the 2002 Martha Moxley murder trial, a judge ultimately ruled the diary entries were admissible evidence, but he noted Moxley’s writings were hearsay.

His older brother, Tommy, and their live-in tutor, Kenneth Littleton, were also suspects but prosecutors claimed Michael Skakel as the likely suspect, killing Moxley in a jealous rage.

Whether for lack of evidence or the police’s hesitance to pin the wealthy and Kennedy- related Skakels to the crime, the case went cold for several years. 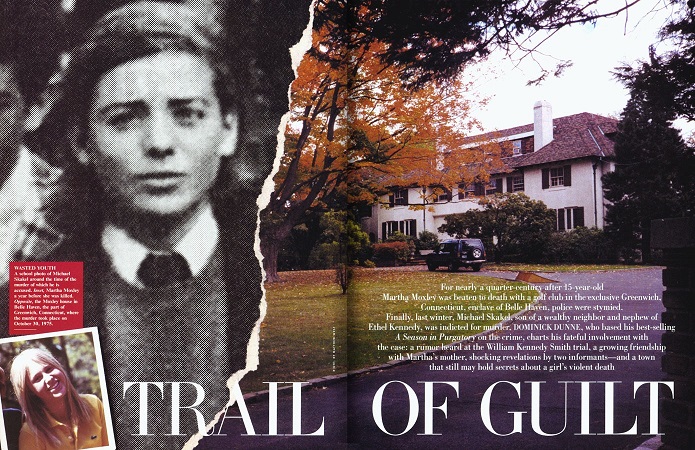 Michael is close to his Kennedy kin and frequently hosts them at his family’s Windham ski lodge. He also offered help to a few Kennedys who battled substance abuse, including David who died of drug overdose in 1984.

What Happened to MIchael Skakel After the Moxley Murder?

With the suspicion that he had anything to do with the gruesome killing, Michael went on with his life. Leaving Elan School after two years, he went to several rehab facilities before overcoming his addiction in the 1980s.

At 25 he was diagnosed as dyslexic. On the road to fix his life, Michael went to Curry College which ran a special program for persons with learning disabilities. Audiobooks and audiotapes were the main learning tools, and he got his bachelor’s degree in 1993, at age 33.

After overcoming his addiction, Michael turned to sports and qualified for the U.S. World Cup skiing team in 1990s.

Golf pro Margot Sheridan, who was also raised in Belle Haven, caught Michael’s attention and the couple married in 1991.Years later, the couple and their infant son George, moved near Rushton’s house in a gated community in Hobe Sound, Florida.

Margot filed for divorce in 2000, shortly after Michael was arrested and charged with Moxley’s murder. The union was dissolved a year later.

With the review’s conclusion, an arrest warrant was issued in relation to the murder in 2000, and Michael Skakel surrendered to the police. He secured a $500K bond for his temporary release.

Almost two years after the trial began, in June 2002, Skakel was convicted and later sentenced 20 years to life imprisonment. 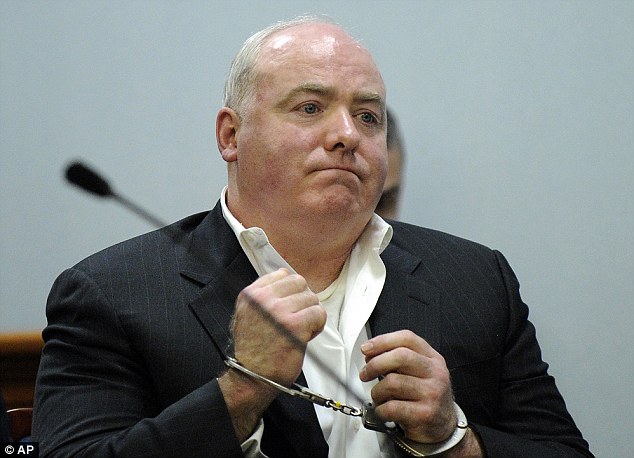 The state parole board in Suffield, Connecticut denied Michael Skakel’s parole in 2012.

A year later, the law was on his side after a Connecticut Appellate judge ordered a new trial for Skakel, agreeing that defense attorney Mickey Sherman’s representation of Skakel was “constitutionally deficient.” Superior Court Judge Gary White ordered Michael Skakel’s release in 2013 after posting a $1.2 million bond.

Martha’s mother Dorthy expressed her disappointment over the 2019 Supreme Court decision, saying she wants Skakel back in prison and will support efforts to retry Skakel.

How Much Did Michael Skakel Spend for His Legal Battle?

Owing to his long standing legal battle, Michael Skakel’s family spent millions in proving his innocence in the Martha Moxley case. According to New York Times in 2013, “Skakel and his family have spared no expense in their efforts to clear his name,” including hiring “expensive lawyers, private investigators and expert witnesses, one at $250 an hour.”

As the family fortune is almost sucked dry, Michael is likely worth $1 million, at most. Michael’s stepmother Anna Mae claimed his father Rushton died broke. Michael’s grandparents, who died in a plane crash in 1957, provided trusts worth  $383K to each of their grandchildren within 2007. That was the last family estate received by the Skakels.

Where is Michael Skakel Now?

He remains a free man because the 2013 Court decision stands.

Likely to make up for his wild childhood, Michael is said to volunteer as Alcoholics Anonymous counselor, and assists in the rehabilitation of feral animals.

According to reports, he maintains to travel extensively despite the Judge’s conditions that Skakel should not leave Connecticut without court approval; he must wear a GPS tracking device; refrain from contacting the Moxleys; and he must report to a bail commissioner.

A large chunk of his free time is spent on polishing his tell- all book, Dead Man Talking: A Kennedy Cousin Comes Clean. The book is generally critical of the Kennedys. Intended for posthumous release, it is unknown whether Michael Skakel will finally admit to killing Martha Moxley, overturning his declaration of innocence for several decades