Home » Gossip » Young and Restless: Who is coming and exiting in Y&R this November?

Young and Restless: Who is coming and exiting in Y&R this November? 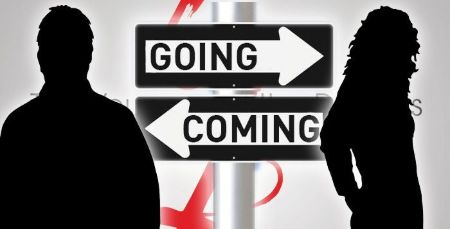 A few actors are coming to and exiting The Young and the Restless. Let’s dive right into who got axed and who renewed their contracts!

Zach Tinker is set to return as Fenmore Baldwin in Young and Restless. Recently it was revealed in the show that Fen, who was on a singing tour, has been dealing with drugs again. His mom Lauren has set out on finding him. The twitter account of Young and Restless confirmed the return of Zach’s character during the holidays.

Tristan Rogers is supposedly pulling double duty when he reprises his role as Colin Atkinson in The Young and The Restless. There was speculation that Colin was the culprit behind Katherine Chancellor‘s mysterious will and even his ex-wife Jill Foster Abbott has placed him under suspicion. The new episode airs on November 21.

Alyvia Alyn Lind will reprise her role as Faith Newman before the end of 2019. She has been very busy recently involving in projects other than Young and Restless. You can catch her in Daybreak available on Netflix. Her last appearance on Young and Restless was in mid-July.

Justin Sylvester is set to make an appearance on Young and Restless, as reported by Daytime Confidential. Sylvester, who is a host at E! Daily Pop, shared this news on his Instagram story. The exact air date is unavailable at the moment.

As you all know Philipp Chancellor has already made an appearance on Young and Restless. Donny Boaz is portraying the character which was previously played by John Driscoll. The actor shared this exciting news on his Instagram posts.

Doug Davidson is coming back as Paul Williams on Young and Restless.  Eric Braeden was the first to reveal this news. Later Doug himself took to Twitter announcing the news.

Replying to a fan question, Doug said,” 12th of November and the 17th and 18th of December, I think. Beyond that, I don’t know.” July 31 was the last we saw Paul in Genoa City.

The Young and the Restless Spoilers: Is Chelsea In Trouble? >>

Soap Opera Digest reported that Eileen Davidson is making an appearance on Young and Restless. Watch out for Ashley Abbott on November 11. Head Writer Josh Griffith took up on her offer when she mentioned she would want to come back. She will be coming back for two episodes.

It may be the last time we see Jeffrey Vincent Parise‘s Simon Black onscreen. After the debacle at the Grand Phoenix, we saw him taken away by the authorities, which marked the end of the road for him.

William Wintersole: ‘ The Young and the Restless’ star dies at 88 >>

We don’t see anyone renewing the contracts just yet but be on the lookout as we will update you as soon as we hear more!