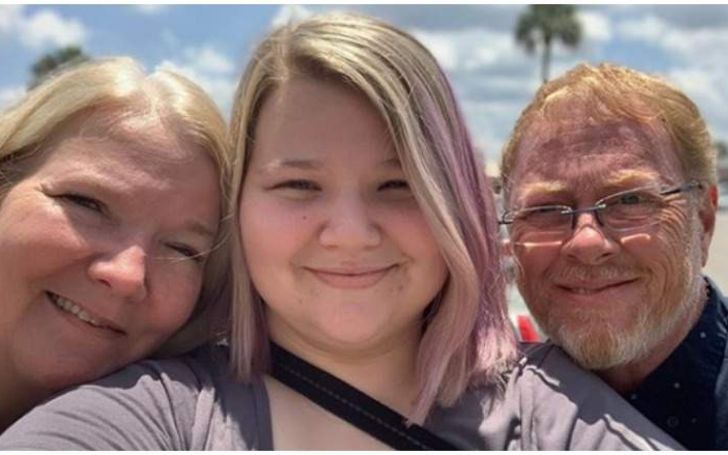 The recent drama in Nicole Nafziger‘s life unfolds!  We all knew Nicole’s father was incarcerated for illegal possession of paraphernalia. But it seems happy days are dawning in the Nafziger household, as Dad Nafziger has been released from police custody.

Details reveal that Tyler Nafziger was tracked down and put under police custody for his altercation with a woman, on October 21 near Manatee County, Florida. He was “supposedly” helping her move out of her halfway house, and things started going downhill when they got into verbal arguments.

The woman claimed that the argument started getting worse and exclaimed, “He tried to strangle me”. However, she said, “I did not fear my life but I was sure I was going to get hurt”.

Tyler denied that he attacked the woman. In his futile attempts to persuade the police, things became more complicated for him when he revealed that he owned a glass pipe which later was found positive with cocaine.

Tyler was fortunately released after a few days on Tuesday, November 12. He seemed genuinely chipper to have been reunited with his family. Nicole took to Instagram sharing the happy news via Instagram stories.

She shared the photo of her daughter May alongside Tyler and captioned it: “Hanging out with Papa Nafziger and great-grandma Nafziger”

The 90-day fiance alum, who is now 26,  first came before the public’s eye in the hit TLC reality show. She kindled a romance with Azan Tefou, also Hassan M’Raouni, when they first met through a dating app. This long-distance relationship was documented on the show.

Despite the distance, they have been going stronger than ever. Another happy aspect of Nafziger’s life.

What do you guys make of this news? Will, there be more drama in Nicole’s life or is this it? Comment down below and don’t forget to hit that bell for everyday notifications.