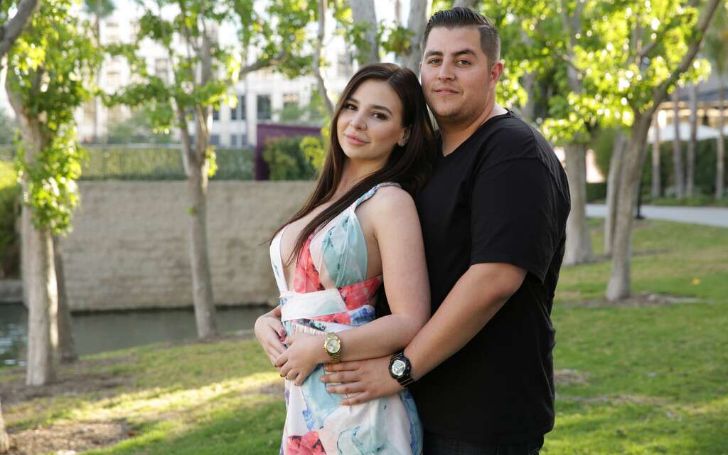 So this is what Jorge Nava has been up to behind bars.

As the 90 Day Fiancé star Jorge Nava continues to serve his two-and-a-half-year sentence for possession of drugs to sell. Spoiler alert: It appears he’s been working on his fitness.

Fans of the TLC reality show have been buzzing about his new appearance that includes a weight loss.

And we can’t help but point out that his wife Anfisa Nava recently revealed her own body transformation over the summer.

Ever since the couple appeared on season four of 90 Day Fiancé, fans have continued to follow the pair through their trials and tribulations. In fact, Anfisa has her own YouTube channel where she stays in touch with supporters.

“I’m not really made for this social media life,” Anfisa continued. “I want to share with you, but at the same time, I don’t want to overshare…I’m a bit confused, to be honest right now. I don’t know where my life is going.”

Ultimately, the reality star promised that she would have more videos soon, including an apartment tour and workout video.

As for her relationship status with Jorge, Anfisa isn’t ready to talk about it just yet.

“To be honest, I’m not ready to address this topic, and I hope you understand it, and I know that you do. Those who truly support me, you’ll understand it. And those people who constantly keep asking questions about it, I just feel like, ‘Why do you want to know? Do you just want to gossip about it?'” she explained. “If you support me, you support me no matter what my relationship status is, no matter who I am with. I don’t want to have any sort of drama, any sort of gossip, so right now, I’m not ready to address this topic.”