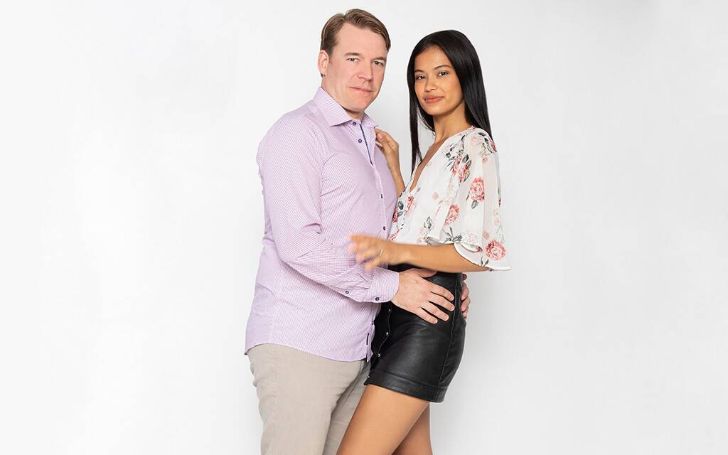 90 Day Fiance‘s season 7 has become even more dramatic as the true nature of the couple Michael Jessen, and Juliana Custodio gets revealed, showing how much they respect each other’s time and money.

Just when the lovebirds prepared for K1 visa approval, things turned out to be different than expected.

The two-hour discussion ended with hateful news that Juliana won’t be receiving K-1 visa despite Michael’s hopefulness that he and her soon-to-be fiance would get on a flight and start their life together.

TLC didn’t get to record the meeting. However, reports came out; the consulate felt that Juliana was in it for the wrong reasons.

In the first few minutes of the second episode of season 7, Jessen revealed that his Brazilian girlfriend bought a car for her after having access to his credit cards. Michael also noted that he’s already spent over $100,000 on the chick, who is 19 years younger than him.

The most exciting thing is that Juliana purchased the car in Brazil, even though Juliana knew that she’d be moving to America on a K-1 Visa.

Meanwhile, Twitter has already gone mad and slammed the fool Michael for allowing a 23-year-old to have access on his money, from miles away.

Juliana was so happy to see her personal bank account #90dayfiance pic.twitter.com/7PYhU3Jkoh

The tattle first sparked when Michael went for designing a ring to Juliana. The 90 Day Fiance star didn’t have time to breathe from social media reactions, as the spectators mocked at Jessen’s ring design and its price.

Juliana and Michael have the biggest age difference of the entire season. The pair met while at a private yacht party & sailed their romantic fleet.

They’d a dream, where the 23 years old lady will be looking after Michael’s two children as their stepmother. The children were applauded by Twitter fans during the premiere episode when the kids made jokes about their new family member’s young age. Michael and Juliana became a meme-like duo on social media.