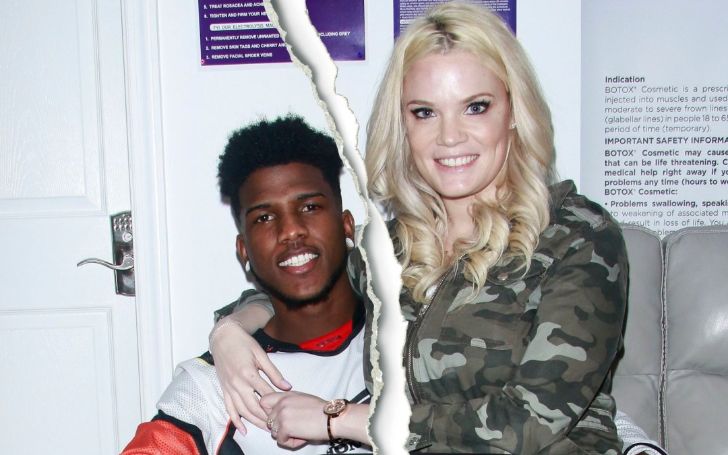 Ashley Martson’s Instagram account was taken down for claiming Jay Smith signed the divorce papers finally. However, she gets her account reactivated exaggerating about the Reddit forum, where someone allegedly reported Ashley for spam.

Recently, the 90 Day Fiance star Ashley took to Instagram sharing the false news of signing the divorce papers with Jay Smith. Guess what, the very next day, Martson’s account gets shut down.

She was shut down for posting spam, as displayed in a screenshot taken from Reddit. The wild lady claimed pretty soon with her account, and now she’s happy.

One of the user-posted captioning, “Ooohhh which one of y’all got Ashley’s account deleted ????.”

Most of Ashley’s detractors mocked about the situation. Even though she’s not the most popular TLC star, she stole the limelight when rumors and speculation arose as her fans think she tells a lot of lies.

One of the first sightings of her accounts’ shutting down was seen on Ashley’s Instagram stories, where she’d mentioned, “Nice try guys! Nice try!” adding, “Never realized…so important that a whole Reddit forum spent their time all reporting my account as spam.”

After that, she exaggerated that they did it “all at the same time.” She ends with a hateful message telling the forum, “Your mission failed, go back to your drawing boards.”

You May Like: ’90 Day Fiancé’ Star Nicole Nafziger Flaunts Her Weight Loss: ‘Thanks To Her Beau’ >>