Erin Andrews is a perfect blend of beauty with brain. Growing up watching sports with her father, Erin paved her way to becoming a television personality, and now she is one of the most successful people in her field. It won’t come as a shock if you hear that in 2007 and 2008 she was voted as America’s sexiest sportscaster by Playboy magazine

Not only her professional but her personal life inspire us equally. She was stalked and taped, she was diagnosed with cervical cancer, and despite everything, she is still growing and glowing with her hard work and determination. 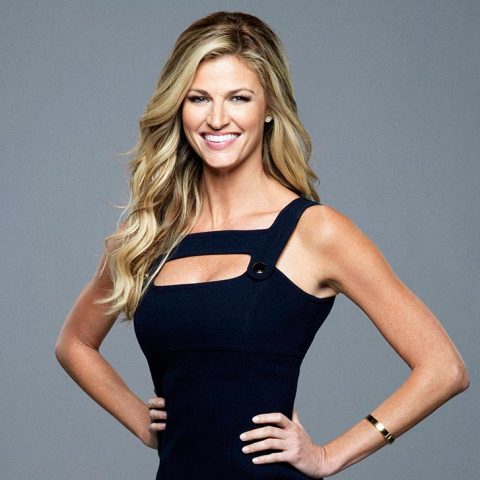 Before, getting immersed in Erin Andrew’s life, let take a sneak peek of her life from this quick summary.

Erin Jill Andrew, better known as Erin Andrews on May 4, 1978, in Lewiston, Maine, United States. Born in an educated family where her mother, Paula Andrews was a teacher and her father, Steven Andrews was a TV journalist, Erin Andrew grew to be a very successful woman in her field. Here is an interesting fact about her family: her father is a six-time Emmy Award-winner.

Erin’s family had to continuously move given to her father’s job and other reasons. They moved to San Antonio, Texas when she was five and to Valrico, Florida just after 18 months of moving to Texas.

Erin went to Bloomingdale High School in Valrico, Florida. As she was a very bright student, she made her place in dance team, student government and the National Honor Society. With a deep interest in dancing

, she also attended Brandon School of Dance Arts in Florida. After graduating from high school in 1996 and enrolled at the University of Florida and earned a degree in Telecommunications, Bachelor of Arts in 2000.

There is no arguing on Erin has stunning beauty and amazing figure. She weighs 121 pounds and has 5 feet 10 inches height

and grey colored eyes have added even more beauty. Her body measurement is 36-23-33. 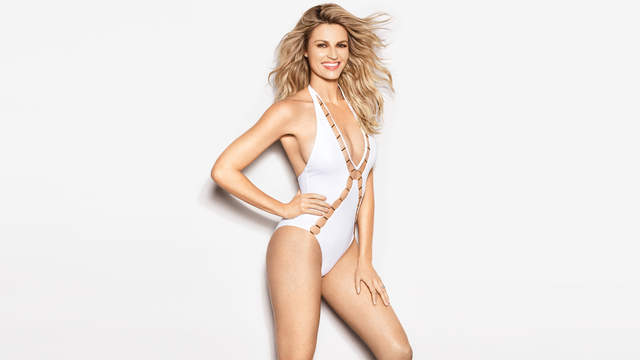 Erin Andrews beauty is undeniable, and with her level of education and constant family support, nothing was standing on Erin’s journey of success and achievement.

After completing her education,  Erin was immediately hired by Fox sport as a freelance reporter. Until 2004, she was involved with Sunshine Network and Turner South covering sports news. Then in April 2004, she began working for ESPN as a reporter for ESPN National Hockey Night. She also began serving as a sideline reporter for many sports in ESPN. Eren reported for ESPN and ABC live coverage of Scripps National Spelling Bee from 2008-2010.

. However, in the present, she hosts Dancing with Stars and is a sideline reporter of Fox NFL.

Erin Andrews in Dancing with the Stars

The news on Erin Andrews to be a cost-host of Dancing with the Stars hit the media on February 23, 2014, for season 18. Eren entered the show replacing Brooke Burke-Charvet, alongside Emmy-Award Winner, Tom Bergeron.

Already a star reporter in sports broadcasting, Eren’s ultimate skill, and charm will undoubtedly be an asset of this popular and spirited dance competition.

Erin Andrews is not only co-host of Dancing with the Stars,

but she was also one of the contenders in season 10 in 2010 of the show. She made her way all the way to the finale and came in third place losing to Nicole Scherzinger (first) and Evan Lysacek (second).

Along with her successful career, Erin Andrews is also blessed with a loving and caring husband, Jarret Stoll, who is a former Canadian ice hockey

player. The couple met in 2012, thanks to their mutual friend Michael Strahan and since then they have been going strong.

Together they have come through several hardships and challenges of relationship, career changes and Eren’s cervical cancer diagnosis in 2016. But despite everything they didn’t let each other go and with every test and tribulations of time, their love grew more and more.

Erin Andrews and Jarret Stoll got married on June 24, 2017, in Montana at a beautiful sunset ceremony. The couple exchanged their vows in front of a small group of close friends and family.

More than the wedding, the reception was a real blast – all designed by celebrity wedding planner Yifat Oren. Eren looked like a sight to behold in a gorgeously stunning gown

If you are wondering about when did the proposal of the dream-like wedding took place, then it was back in 2016.  In an interview with Good Morning America, Erin said, ” We went there for Christmas to see the Christmas decorations, we had a lovely dinner there, and he did it right there at dinner at Disneyland. I was bawling like a child.”

Erin Andrews Net worth and Salary

From her budding career as an American sportscaster and television personality, Erin Andrew has managed to earn a considerable amount of fortune. Not to mention, her husband too is a very successful sportsperson.

Erin received nationwide attention when she was stalked and filmed by Michael David Barrett of her getting dressed in a hotel room in Nashville Tennessee. The stalker posted the video online which went viral in no time. After an investigation, Micahel got arrested and later convicted and sentenced to just under three years in prison plus three years of probation and fine.

But, it didn’t end there. Erin’s lawsuit against the stalker and hotel management company went to the jury in 2016. She filed a complaint for $75 million and was awarded $55 million.

Erin Andrew’s net worth as of 2019 is above $20 million and her annual salary altogether is $2 million.

Erin Andrews keeps on posting her pictures in Instagram of herself, her work, her friends and events to keep her fans and well-wishers updated on her life. You will certainly get awed looking at her profile and all those beautiful pictures.

It’s my mission to inspire EVERY woman to get tested regularly. Who’s in? Schedule your annual exam today. ????????????Link in bio! #AD