American reality show personality and a businesswoman, Erica Mena is also a popular model and an author.  Besides, she is a famous figure in the media came to fame after an appearance in Love & Hip-Hop: New York. Additionally, she started modeling in her first print ads at age 14. Also, her success can be measured by the number of glamour magazines that she has featured in, including being the cover girl in some. Furthermore, she has written two books about her life that cover her harsh childhood and love life, ending in single motherhood. 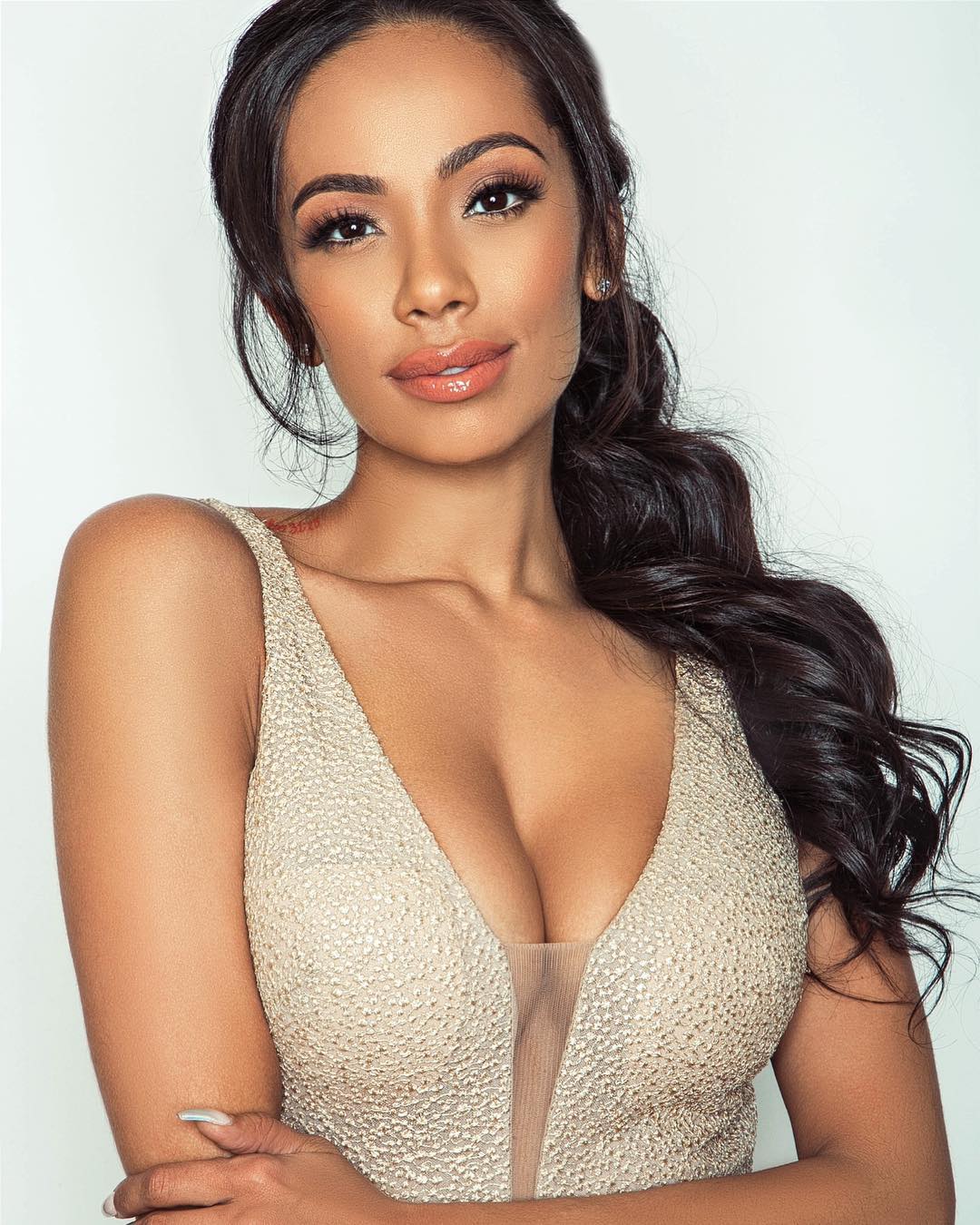 Erica Mena was born on November 8, 1987, Bronx, New York City. Erica was born and raised in her birthplace. Additionally, she is American and is of Puerto Rican & Dominican descent.

Besides, she has a rough childhood

. Her father was a drug dealer

, and the family has faced lots of problems. Plus, she has an older sister. Her single mother alone raised Erica and her sister.

Erica began sketching dresses at the age of eight, and she has dreamed of becoming a successful model since childhood. At the age of 14, she participated in the program ‘Jennifer Lopez Look-Alike,’ and she was crown.

After winning the contest, she worked as a model in the music video of  Young Gunz’s  ‘Can’t Stop-Wont Stop.’ When she was sixteen years old, she won second MTV contest ‘Say What Karaoke.’

Erica showed her modeling talents in different magazines like Maxim, King and many more. She also worked as a model in several music videos like Breathe by Fabulous, and Yo.

Later, in 2009, she appeared in the reality show ‘Kourtney and Kimi Take Miami.’ This appearance in the show made her famous on the television.

Husband And Ex-Boyfriends Of Erica Mane

Erica Mane has been involved in several relationships in the past. Erica was married to an American rapper, Raul Conde. However, she did not reveal the dated of their marriage and the place.

After marriage, the couple welcomed their baby boy in 2007 named, King Conde. After some years of marriage, they decided to separate from each other and got divorced. Now she is a single mother and has full custody of her son. 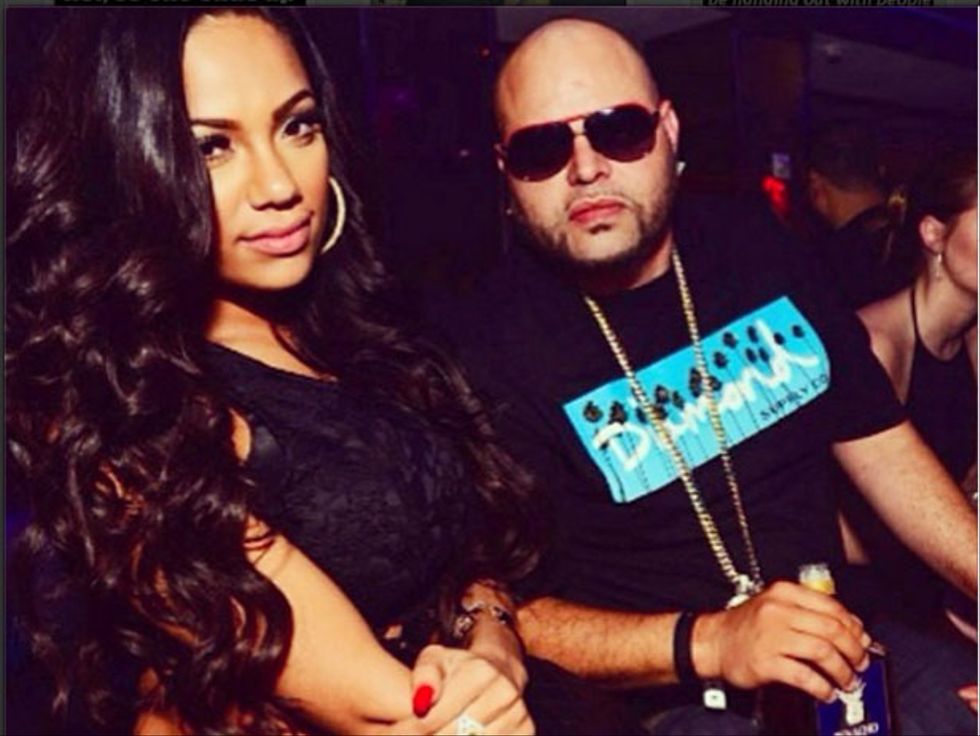 After that, she dated rapper Bow Wow known as Shad Moss for six months, and later she engaged with him in Septemeber 2014. The couple met in 2014, and she moved on to Bow Wow’s house in December in the same year.

After a short period of being together, the couple broke up, but they never disclosed the reason behind it. 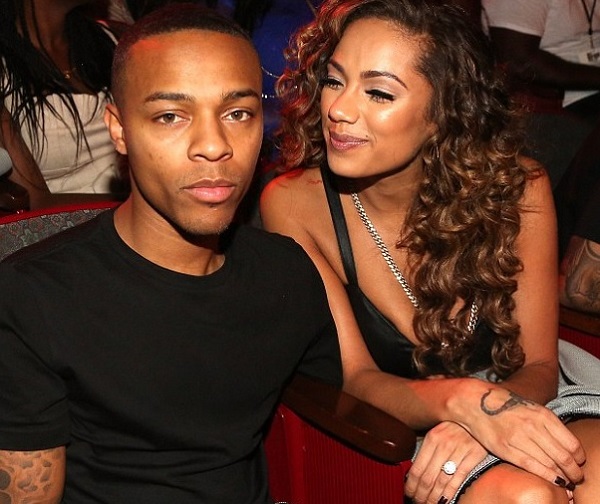 Prior to Bow Wow, she was in a relationship with Chinx Drugz from 2013 to 2014. She has been linked up with several guys. She has dated celebrities like Fabolous, DJ Envy, Havoc, and Scott Storch.

Back in 2017, she was in a relationship with Cliff Dixon. 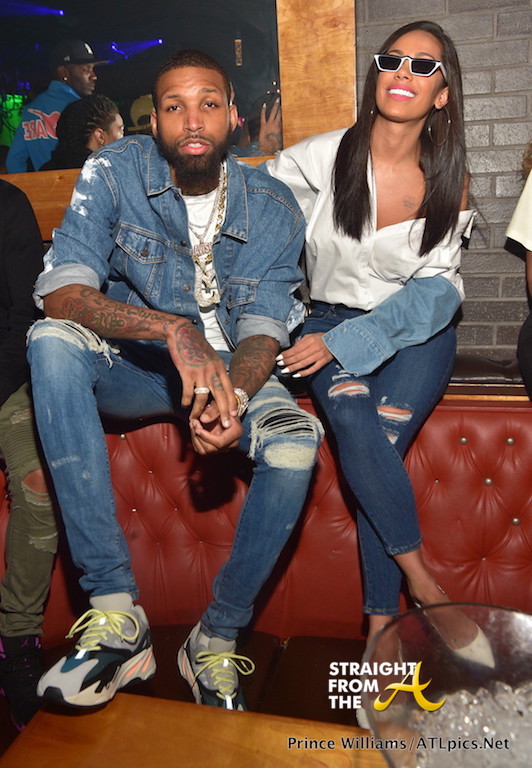 Erica Mena dated both women and men and she admitted that she is bisexual. She began dating with Cyn Santana in 2013, but they ended up in 2014. After the horrible breakup, Erica reunited with Cyn on the show ‘Love & Hip Hop’ in 2017.

Cyn Santana was pregnant at the time. Erica also took a photo with Cyn and Joe Budden together. Moreover, she flung with another female, Trina who is a rapper.

The duo was seen snuggling together, and even they had shared their photos on the social media. After a couple of months, they split up from each other.

Around the same time, the TV personality romantically involved in a relationship with rapper  Safaree Samuels. A source close to the Love & Hip Hop reported the two started dating in early November 2018.

They were seen walking hand-in-hand IN MATCHING FUR COATS at the Jazz-Nets game at the Barclays Center in Brooklyn.

The couple has also taken their relationship to the next level as they got engaged Dec 25, 2018, at her Atlanta home in front of close friends and family on Christmas Eve

which worth around $175,000 and was designed by him and his friend, Trax NYC. She wrote,

I’m absolutely the luckiest woman in the world ❤️???????? A Man who has never been afraid to love me. A MAN who has been here and knows everything I been through. Everything before this- It no longer matters. ❤️????Wedding

date set. To our family and friends- Check your mailbox

I’m absolutely the luckiest woman in the world ❤️???????? A Man who has never been afraid to love me. A MAN who has been here and knows everything I been through. Everything before this- It no longer matters. ❤️????Wedding date set. To our family and friends- Check your mailbox very soon ❤️???? Custom made and designed by @iamsafaree & @traxnyc ???? 14CTS in Asscher cut Russian cut and a cushion cut center stone diamond – Every single detail was @iamsafaree idea ❤️???????? You truly are a KING ????????????

As of now, her relationship status is single and living a happy life with her son, King.

As her birthdate, she is 32 years old. Erica is bold and sexy and has an hourglass

Besides, she is blessed with a hot figure. Her body measurement is 34-24-39 inches. Furthermore, she has got long, hot and sexy legs. Many people fall for her bold sexy waist

and many more. Besides modeling, she earns an impressive wealth from the reality shows.

.  Further, you can get her books on Amazon.

“I ain’t really care for it. I get bored with stuff fast.”