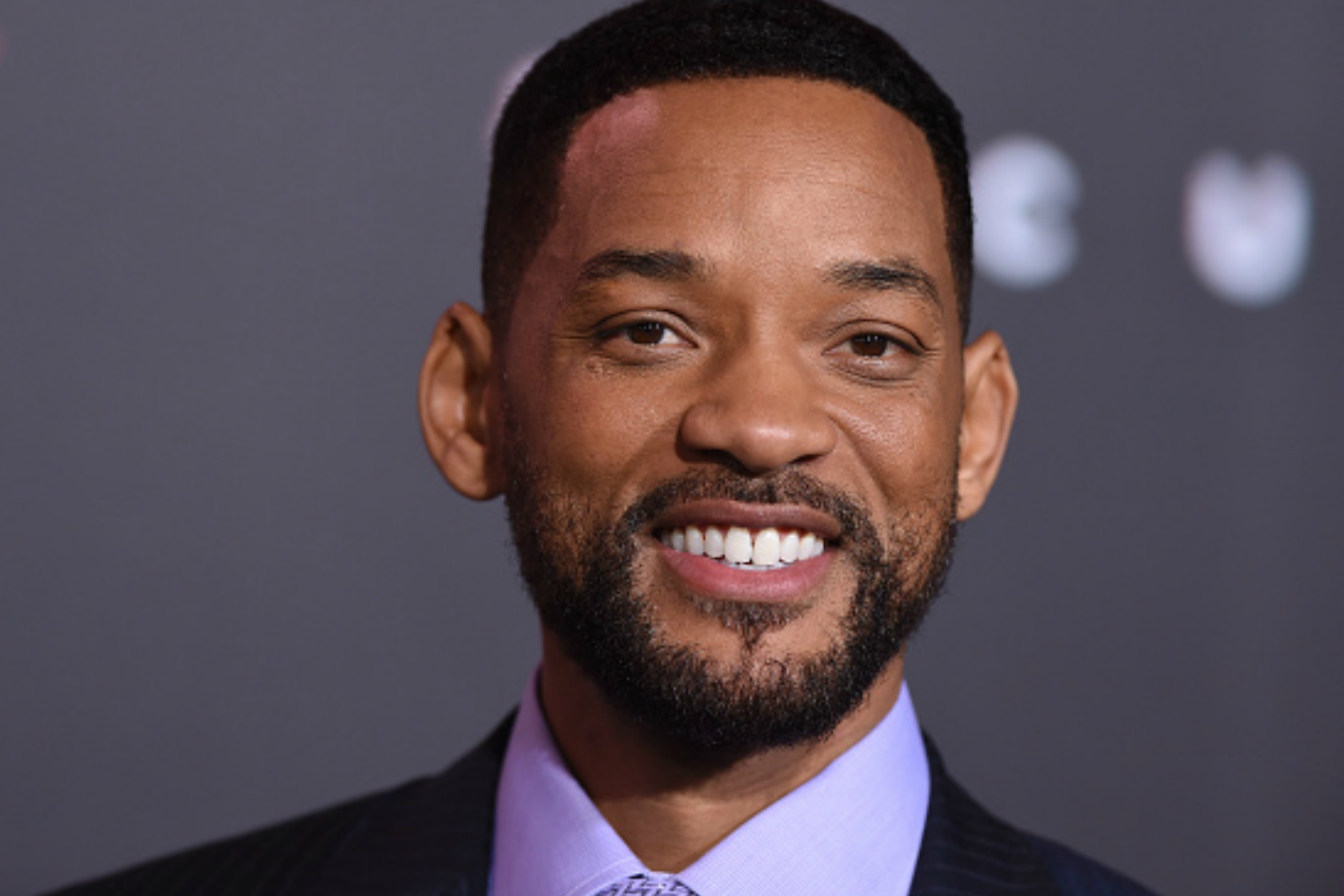 Celebrities with criminal records would be a surprising topic to you because celebrities are our heroes and inspiration. They defeat the evil, save the world, love unconditionally and sacrifice their private life to entertain us.

However, what if our heroes and inspiration become villains in real life and engage in criminal activities. Well, after all, they are also human, and even they commit crimes.

You may already know some of the celebrities with a criminal record, but these ten will definitely shock you.

Our list starts with the former richest man in the world, CEO and founder of Microsoft Corporation, Bill Gates. He may look geeky and have a very kind heart nowadays, but in his teen days, he was quite a rebel.

In the year 1975, Bill was arrested for driving fast without a driving license and breaking traffic signal. However, he did not learn any lesson and was again arrested in 1977 for the same offense. Furthermore, he was also arrested in 1989 for drunk driving, but that charge was condensed later on.

There is a story of Bill Gates’ criminal act with a photo on the article of Imgur. As per that article, although the details are unclear and records have been missing over time, Microsoft founder or CEO, Bill Gates was arrested on careless driving charges on December 13, 1977, for the second time in New Mexico.

He was speeding his Porsche, without a license and running over a stop sign.

Planet of the Apes star Mark Wahlberg is one of the hottest celebrities in Hollywood, but he also has a part of a share in criminal activities. In 2014, he filed a pardon appeal seeking to have 1988 assault and robbery sentence permanently cleared from his record.

In 1888, when Wahlberg was 16 years old, he smashed a man in the head with a wooden stick and tried to steal two cases of alcohol in front of a convenience store. Then, he punched another man on the face while trying to avoid police.

Wahlberg was arrested and primarily charged with attempted murder, but later it was reduced to assault and robbery with a sentence of ten years.

After pleading guilty, he got a two-year sentence. In the end, Wahlberg only had to serve 45 days in the correctional facility.

According to New England Cable News, he wrote in his pardon application filed in 2014 that he was extremely sorry for his actions on the night of April 8, 1988, as well as for the damage he caused to the victim.

“Since that time, I have dedicated myself to becoming a better person and citizen so that I can be a role model to my children and others.”

However, that is not only criminal record that he has, but he was also reportedly arrested around 20-25 times for dealing cocaine and various other offenses in the past.

Another one of the celebrities with criminal records is Willard Carroll Smith Jr., better known as Will Smith. The Pursuit of Happiness star does not have a clean history either.

He involved in a brutal beat-down that left one man nearly blind in 1989. The incident took place in Will’s hometown of Philadelphia, just a few days after he had won his first Grammy Award as half of the chart-topping duo DJ Jazzy Jeff and the Fresh Prince.

As per Daillymail, Smith grew an argument with record promoter William Hendricks and then apparently asked his bodyguard, Charles “Charlie Mack” Alston, to beat down Hendricks.

Hendricks’ one eye got fractured and was left needing six stitches to sew up the wound.

Smith spent a night in the cell at the West Philadelphia police station and charged with aggravated assault, criminal conspiracy, simple assault and recklessly endangering another person.

However, Smith managed to overcome the charges and continued his career as a singer and actor. Later, he said,

“It was the worst night of his life and wants to forget it ever happened.”

Not only the heroes but the superheroes could have a criminal record in Hollywood.

Robert Downey Jr, the Iron Man of Marvel movies, has given pardoned by California’s governor Jerry Brown earlier in 2015 for a 1996 drug conviction that sent him into prison in 1999 for more than a year.

He was among 91 people getting Christmas pardons for criminal sentences after showing they had rehabilitated themselves. However, his criminal records did not remove, and he is still in those records.

Let’s talk about Robert’s criminal history. He was first detained in 1996 for driving drunk and having cocaine, heroin, crack, and a Magnum revolver.

A month later, he was found passed out on the child’s bed in the neighbor’s house. He got sentenced for three years’ trial, but just a year later he violated parole.

Downey was sentenced for six months in prison for missing one of the court-ordered drug tests in 1997. Again, Robert was arrested once more in 1999 after he missed another required drug test.

Similarly, in 2000 he was again arrested for having cocaine, and in 2001 he was arrested one more time for being under the influence of drugs. However, this time he did not get charged with any crime because of lack of evidence.

Danny Trejo is one of the well-known American actors living today. The star having scarred face is recognized for his action movies.

He has performed in more than 200 films, including Heat, Machete, Predators, From Dusk Till Dawn, Con Air, Dead in Tombstone and many more.

He looks like a gangster, and the less well-known fact is that he was once a gangster who spent over ten years in various maximum-security prison of California State.

This Oscar-nominated superstar did not start his journey from acting school. He came to Hollywood directly from maximum – security prison of California.

His criminal history is very long and interesting. His journey of crime started at the age of 10 with arrest for assault and battery offense.

Then he involved in robbing liquor stores with grenades and becoming a hardcore gang-banger. Later, he also engaged in shootouts from car-to-car in his hometown of Pacoima in Los Angeles’ San Fernando Valley.

He also faced a death penalty trial for the gas-chamber offense in 1968 but was not found guilty.

Trejo spent more than ten years in prisons for drug dealing and robbery, and after being released from prison, he came with a new vision for his life and ultimately became a Hollywood superstar.

She is known for Baywatch TV series and movies such as Scary Movie, Meet the Spartans and Whacked. The Playboy model turned actress is also on our list of celebrities with criminal records.

She was arrested with her husband Dennis Rodman by Miami Beach Police in November 1999 and charged with battering each other in the hotel at Miami.

Electra suffered a stain on her arm, injured her left temple with swollen lips. According to her, Rodman apparently threw her purse at her face and threw her outside the hotel room.

When police arrived, Rodman’s shirt was torn and seemed little injured, and the hotel’s room was in total disarray.  Both were taken to Miami-Dade County Jail’s domestic violence unit and released on $2,500 bail each after spending several hours in custody.

Also, Miami-Dade County Judge Amy Karan ordered them to stay at least 500 feet away from each other.

Michelle Rodriguez, one of the most followed female celebrity also has a criminal record. She is known for her role of Leticia Ortiz in Fast and Furious movie series among her fans.

Michelle Rodriguez was sentenced to six months in jail, in 2007, for violating probation in a Driving Under Influence (DUI) plus hit and run case of December 2005.

Rodriguez was arrested on 1st December 2005 in Kalanianaole Highway. She was driving at high speed with a previously suspended license and trying to escape from police.

It is reported that she also hit other vehicles on the road during the police chase. Her blood alcohol level was 0.14 at that time which indicates that she was drunk.

At that time, she was sentenced to 240 days of community service and fined $500, but she failed to serve the community. Although, her advocate said that it was due to a clerical error and Michelle did complete the full 30 days.

At last, sentenced to Six Months in Jail for violating probation.

Brian Hugh Warner, professionally known as Marilyn Manson another celebrity involved in crime in his past. An American singer, songwriter, musician, composer, and actor is known for his controversial stage personality and strange character.

Just like him, his crime story is also controversial. Marilyn was charged with sexual misconduct against a security guard for rubbing his crotch against the guard’s head.

That act of Manson left the guard having a physical and psychological problem for a long time. Marilyn was charged with misdemeanor disorderly conduct and paid just $4,000 fine instead of $75,000.

English comedian, actor, writer, presenter, and activist Stephen John Fry also got a place on our list of celebrities with a criminal record.

He was charged with stealing a credit card from a close friend of his parents and spending huge amounts of money using it, which led him to three months prison sentence.

Stephen Fry admitted that he liked sweet in his childhood and used to steal money to buy those from his classmates. Furthermore, he confessed that he used to lie as well.

Because of Fry’s credit card stealing action, he was expelled from two schools and spent three months in prison. However, he secured a place at Queens’ College, Cambridge, where he studied English literature and later turn into one of the best comedians in the world.

Our list of celebrities with criminal records ends on Robert Sylvester Kelly, better known as R. Kelly. This former professional basketball player and singer plus songwriter have a very shocking criminal record.

More than two dozen women accused him over past years of having sexual relationships without their will. Kelly was also suspected of having sex with minors and videotaping it.

He had 14 charges of having sexual intercourse with a minor and child pornography.

A victim of R. Kelly explained in one hundred pages long report that how he victimized her. A girl claimed that he used to allegedly pick her with other girls from school and make them all have sex together.

Also, he pressured the victim to have an abortion when she became pregnant. She further said, she attempted to suicide by slitting her wrists once.

Similarly, there is detail information on holding women against their will on Buzzfeed News. Kelly would face up to 15 years in prison and $100,000 fine if it is verified that the person on video was him.