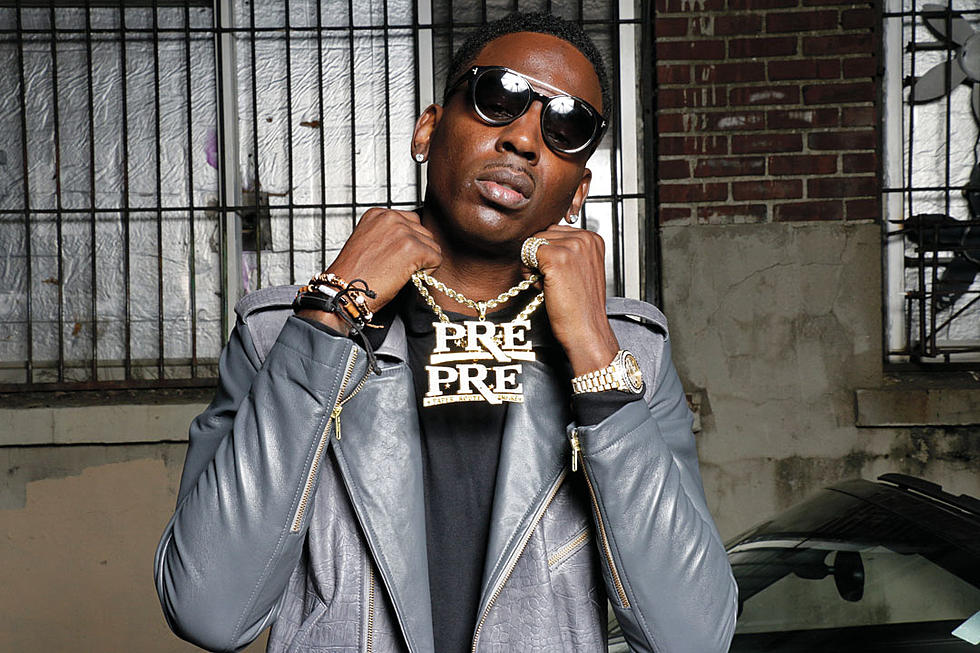 Young Dolph is an American rapper who came in fame after his debut album King of Memphis. He has released other two albums and several mixtapes. He has also featured in couple of songs, one of them is O.T. Genasis’s Cut It. Lets look more closly at this rapper’s life, his bio, career, kids, net worth and all.

He has even mentioned about his difficult childhood in one of his song, Preach, where he rapped, “Mama always in the streets, so guess who raised me?”

Young Dolph had no thought of entering in the music industry, but something happened in 2008, which caused him to take the path of music. Young Dolph was involved in a serious car accident in 2008, which almost took his life. He was recovering from the accident but, later that same year, he lost his grandmother too, who was suffering from lung cancer. This all was too much to take for Young Dolph and he started to seek ways to let got his emotions. And the loss played as a motivational tool for him and started involving himself in music as it served as an emotional released to him.

Young Dolph and his friends used to complain about the rappers who use fake story they have never gone through or experienced to grab the attention. By that time Young Dolph has already started rapping and made a song too. His friends encouraged him to take music more serious after they listened to his song. With his dedication on music and the support from his friends, Young Dolph released his first mixtape titled, Paper Route Campaign. The mixtape was a success and with its success, it confirmed his journey towards the music industry. This was followed by his releases like Welcome 2 Dolph World, Time to Kill, Blue Magic, High Class Street Music, a mixtape series and several other mixtapes.

By the time Young Dolph released High Class Street Music 4 and single, Peach, he was already working with some major label producers which include Zaytoven and Drumma Boy.

Then on February 19, 2016, released his debut studio album, King Of Memphis, through Paper Route Empire. It was produced by TM88, Zaytoven, Mike Will Made It, Nard & B and Drumma Boy and others. The album received positive reviews from music critics. It scored 70/100 on Metacritic based on 4 reviews, indicating generally favorable reviews. The album featured no guest artist but still, it was a success and it reached at number 49 on Billboard 200 album chart.

Young Dolph released his next mixtape, Rich Crack Baby on August 26, 2016. The album was produced by Zattoven DJ Squeeky, Honorable C.N.O.T.E., Izze The Producer and others. It also featured guest appearances from T.1., Gucci Mane, 21 Savage and others. His another mixtape was Gelato, released on February 3, 2017, and it featured the guest appearance from Lil Yachty, Migos, and Wiz Khalifa.

He released his second studio album on April 1, 2017, titled Bulletproof. The album went up to Top 40 of the Billboard 200. His next album was Tracking Numbers, released on August 24, 2017. Then again on October 20. 2017 he released a third studio album, Thinking Out Loud, which featured Gucci Mnae, 2 Chainz, Ty Dolla $ign and DRAM. The album went up to the number 16 on Billboard 200.

Young Dolph became the target of gunfire in early 2017 in Charlotte, North Caroline. According to the police of Charlotte-Mecklenburg, several dozen rounds was fired from at least two vehicles and several weapons. The shots hit the nearby vehicles and residences. Next day, several hip-hop agencies reported that Young Dolph was the major target of the shooting. In that shooting, around 100 rounds were fired.  It was speculated that the whole shooting and attack on Young Dolph was the result of the rivalry between Yo Gotti and Dolph. However, both of them have remained silent about that matter.

Young Dolph has released three studio album and several mixtapes. Also, his featured song helped him gain the popularity as well as a good share of the money. His featured song Cut It, of O.T. Genasis, was hit song as it went platinum selling over 1000,000 copies

His all three albums were the success and were able to climb the chart. Also, Young Dolph appears on various shows on which he charges around $30,000 per show.

Also he earns a good amount from his official YouTube channel with its 470k subscribers. Young Dolph also earns through his official merchandise store where items like hoodies and t-shirts are avaiable. You can visit www.youngdolph.com to buy his items.

Young Dolph became a father at a very young age. His first born was son, although the details about the baby’s mother are not avaiable. And now, Young Dolph is father to another child, who is a baby girl and named as Aria Ella.

Young Dolph is already is a father of two kids, a son and a daugther, but he is not married to either of his kid’s mama nor there is any news of engagement.

Young Dolph has over 2.8 million followers in his offical Instagram. In his Twitter, he has over 556k followers.