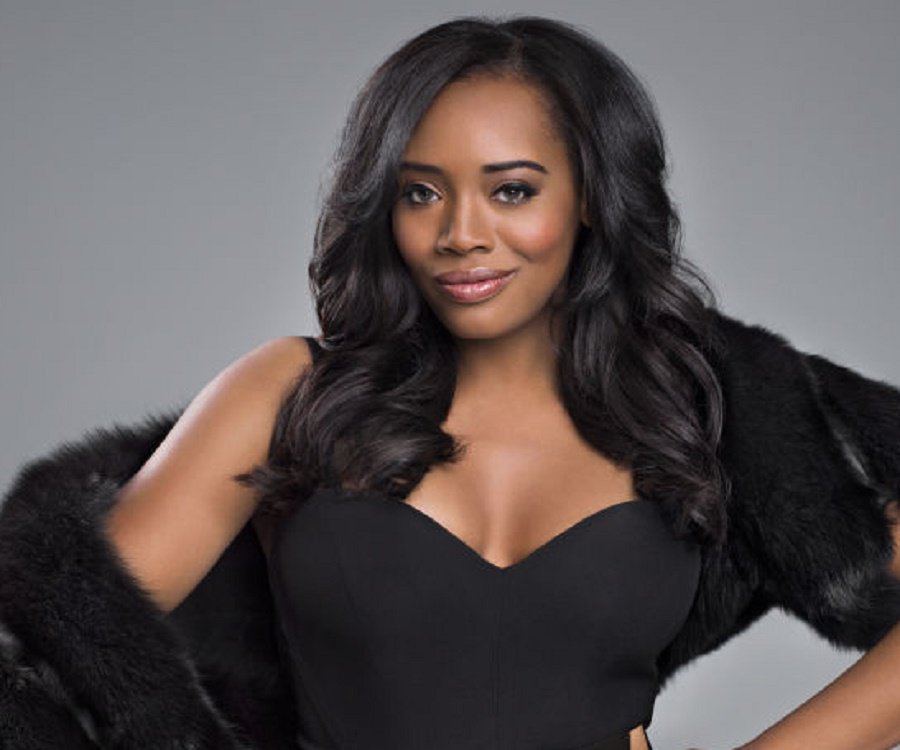 Yandy Smith is an American producer, actress, entrepreneur, and a reality TV star mostly well-known for her role in the VH1 reality TV show “Love and Hip Hop.” Smith is also the owner of Yelle Beauty and part owner of Everything Girls Love. Reality personality Yandy Smith married fellow Love and Hip Hop star, Mendeecess Harris on May 25 in 2015 and their marriage was live telecast on VH1 channel.

By profession, she is an actress, entrepreneurs, and a reality TV star. She earned the impressive amount of salary from her business. Her exact salary and net worth have not reveal till to date.

According to sources, Yandy estimated net worth is $15 million.

After graduation, Yandy moved to California for made her career. Smith started an internship at Violator Management, worked as an executive assistant to Mona Scott-Young. Violator Management paid her for her work. While she was working, she managed many clients like LL Cool J, 50 Cent, Mussy Eliot and several others. After that, Yandy worked for Warmer Bros Music as a manager for Rapper Jim Jones. Yandy Smith received global industry recognition as one of the Billboard Magazine’s “Top 30 Executive under 30” in 2008.

Apart from the show, Smith is an entrepreneur. She has her own brand, “Everything Girls Love,” she is part owner and serves as CMO of Everything Girls Love (EGL) a lifestyle brand for women. Yandy is also the owner of Yelle Beauty, a beauty brand that services all products such as hair, skin and cosmetic products.

In addition, Yandy Smith is also the founder of the EGL P.U.D. (Partner Uplifting our Daughter) which mainly focus on girls. Their main target to the educated girl.

Moreover, Yandy is a motivational speaker. She has become a champion for women’s empowerment and spoke to encourage and uplift women relating to balancing career and family successfully.

Further, Smith also produced the independent featured movie, “Live, Love, Soul” starring Chad Coleman, Jamie Hector and renowned actress Terri J, Vaughn. Yandy also played and produced with her friend, Noel Calloway in the movie, ‘Two Days in Harlem’ which was released in 2014. In the same year, she co-produced the Off-Board musical debut ‘For Vixens Who’ve Considered Homicide When the Video Was Too Much’ starring with Melyssa Ford.

Besides her entertainment industry, she earned additional money from her books. In 2016, she published a book titled “The Beauty of Branding In Business” which is a guide eBook for entrepreneurs. Furthermore, Smith is planning to release a series of children’s books.

Yandy Smith married with her longtime boyfriend, Love and Hip-Hop star Mendesscees Harris in 2015. The marriage ceremony was held in New York in the presence of the family and their guest. Their wedding was shown live on VH1 channel on 25 May 2015. Yandy and Smith met on the reality show “Love and Hip Hop,” and both of them were the cast member of the VH1 series. After that, they dated each other.

Yandy’s husband is the owner of music recording studio, “Beat Factory” in the Bronx which he manages some emerging rappers based in the New York City. Previously her husband, Mendeecees has was in a relationship with two ladies, Samantha Wallace and Erika DeShazo. First, Mendeecees was in a serious relationship with Samantha Wallace with whom he had a child named, Lil Mendeecees. Later he had a fling with Eriko DeShazo and became a father of another child, Aasim.

Yandy Smith revealed on the seventh season of the show that Yandy and her husband, Mendeecees lived as husband and wife though the couple did not legally marry, and she was proud of that. After, they gave birth to their two children finally they officially married in 2015.

According to the Bossip, Yandy said:

“We have definitely decided to go ahead and do the paperwork and all that stuff, not that I was so concerned or cared about that stuff, but it meant a lot to him,” she said. “So it was only right… With him being away, we have to re-register, get things notarized and all that stuff.,”

According to Ciffview Pilot, Yandy’s husband was arrested due to drugs trafficking, and he was not guilty of sexually assaulting the fifteen old girl in New Jersey.

Yandy Smith was born on March 21, 1982, to Ralph and Laura Smith in Harlem, New York. Her zodiac sign is Aries, and she has a brother named Juelz Santana. Yandy holds an American nationality and belongs to African-American ethnicity. Her birthplace is Harlem and grew up there. Besides, she hasn’t revealed much information about her childhood life.

Yandy was encouraged to go to college after watching the 90’s hit sitcom “A Different World” which is about student life at a fictional Black College in Virginia.

Later, she went to Howard University in Washington, D.C. and graduated with a degree in Business Management.