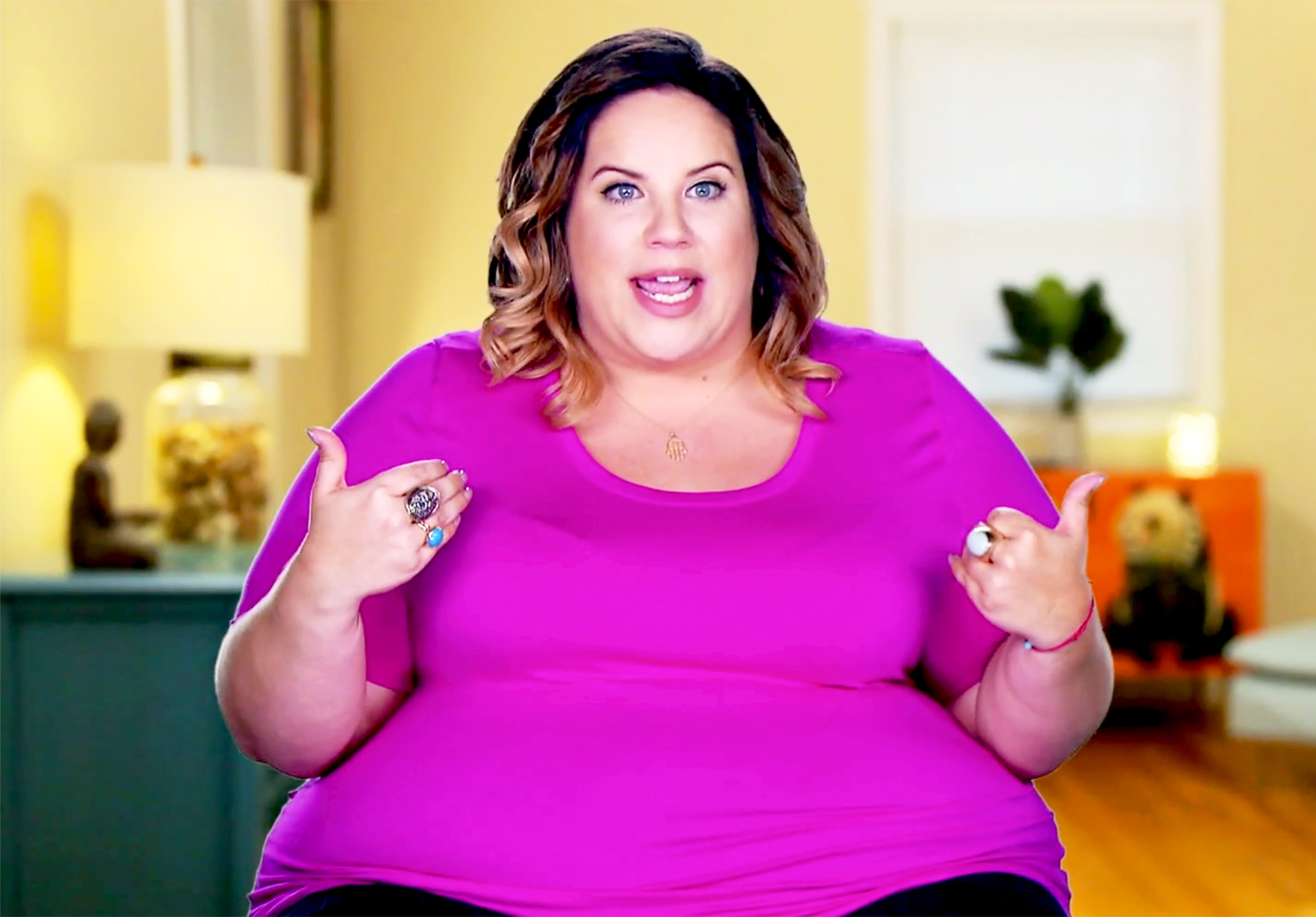 Whiteny Thore is an TV personality who rose in fame through the reality TV show on TLC called My Big Fat Fabulous Life.  Whitney is a very fat woman, but despite her obesity, she is a very popular TV personality. Apart from appearing in the series, she is also an activist, internet celebrity and dancer.

So lets know more about this bold and beautiful, Whitney Thore.

Whitney Thore ( actual: Whitney Way Thore) was born on April 14, 1984 in Greensboro, North Caroline, United States. Her parents are Glenn Thore and Barbara Thore. Whiteny also has a brother named Hunter who currently lives in New York. Both of her parents are main character in her reality show and her brother, Hunter, also makes recurring appearance in the show.

Whitney got accepted in the Theater Summer Enrichment Program at the Governor’s School of North Carolina of Meredith College in 2002. She graduated from Page High School in 2002 and went to Appalachian State University in Boone, North Carolina, to major in Theatre.

The reason why Whitney Thore got famous is because of her weight and the confidence she has to accept herself as she is. She weighs 170 kg while her height is 380lbs/172.365 kg to be precise. Her height is 5 feet and 2 inches.

Whitney began her career as an English teacher to school children after being relocated in South Korea, after her graduation from collage. When Whitney returned to her home country, United States, she became on-air producer of Jared & Katie in the Morining on WKZL, a major radio station in Greensboro.

Whitney Thore found her fame when Jared & Katie in the Morning created a dance video called “A Fat Girl Dancing” and uploaded in WKZL’s YouTube Channel on February 27, 2014. The video went viral allowing Thore to promote her message of body acceptance and positive body image As a direct result, Thore was featured on numerous media outlets such as ABC News, NBC‘s Today Show, and The Huffington Post.

Watch her dancing video by yourself below;

In early January 2015, TLC aired My Big Fat Fabulous Life, which chronicled Thore’s life and her mission to lose weight. The first season aired with 10 episodes, and second season was premiered in September 2015 with 22 episodes. The third season of the show was comprised of 11 episodes and the fourth season had 14 episodes which was aired on January 2018.

To keep her message of “no body shaming” growing, Thore has her own website and blog where she connects with other fat acceptance activists.

Is Whitney Thore married? Or dating someone? What about kids?

Season four of My Big Fat Fabulous Life was all about Whitney Thore’s love life. But it didn’t ended up well. Whitney found out that she was a side chick the entire time that she was dating Avi Lang because he was already engaged to another woman named Nada Louis. Even though that’s a totally scummy thing to do, Whitney still respected him and his privacy and blurred out Avi’s face in all previous photos that she’s posted to social media so far.

On January 24, 2017, during the season 4 premiere of My Big Fat Fabulous Life, it was implied that she was pregnant with her first child. On the third episode, of Season 4, it was revealed Thore wasn’t pregnant but that she had cyst.

As of today’s date, Whitney is single.

Whitney Thore has net worth of $ 1.5 million. Whitney earns her money from her television reality show. Apart from that, Whitney also uses her social media to advertise her product.

Whitney is very popular in internet, where she inspires other people to accept who and what they are. In her Instagram, you can find 522k peoples following her while her Twitter has 98.9 followers and her Facebook has over 495k followers.

Lets know some of her facts below:

Watch her speech in TED Talk.