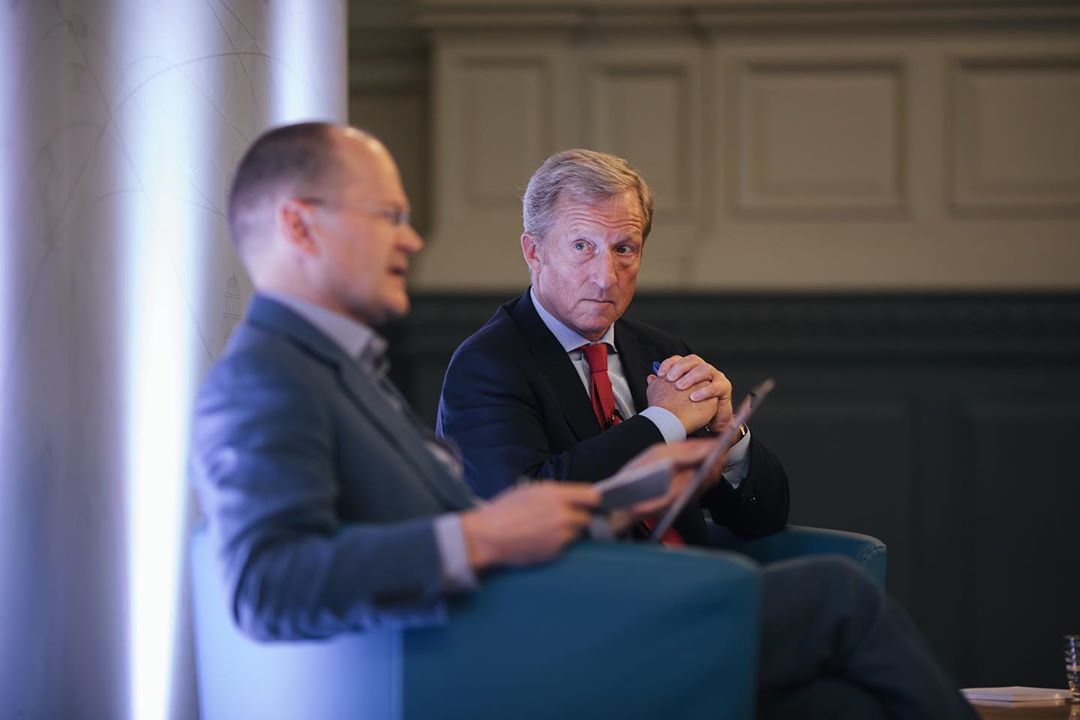 Being rich doesn’t make you smart. But if you invest in the people in the country such as in education, health care, job training which makes a successful country. Some of the billionaires have proved it. Among them, one is Tom Steyer who made his fortune as a hedge fund manager and spent more than two decades at Farallon Capital.

Tom Steyer is a leading donor to Democratic and co-founder of  Onecalifornia Bank. He has invested millions of dollars on a campaign calling for the impeachment o President Trump. In January 2019, Tom announced that he would not run for the president in 2020.

Steyer is married to his college sweetheart and even worked together in the number of philanthropic initiatives. Here we are going to explore his net worth and salary. Who is his wife? How they met and about their children? Let’s have a look.

How much is Tom Steyer net worth?

The San Francisco operator makes million from his hedge fund. He has spent 26 years running hedge fund Farallon Capital which he sold in 2012 and switched to politics. Tom Steyer net worth is $1.6 billion as of 2019.

Tom invested $65 million to back select Democratic candidates and environmental causes in the 2016 election cycle. Additionally, he is the founder of the environmental group NextGen Climate.

Besides, Tome and his wife have donated millions of dollars to Stanford and Yale for advanced energy research. Steyer has owned an outdated hybrid Honda Accord as well as luxury items like expensive watches.

Steyer is a philanthropist and has involved with many non-profit organizations. Tom and wife, Kat established TomKat Charitable Trust in San Francisco. Reportedly, in 2008, the trust has a total of net assets id over $153 million.

Who is Tom Steyer?

Thomas Fahr Steyer was born on June 27, 1957, to Marnie (née Fahr) and Roy Henry Steyer and was the youngest among three children. He was raised in Manhattan, New York. Steyer has a brother, Jin Steyer who is a law professor and also, the founder and CEO of Common Sense Media.

After graduation from Yale, Tom Steyer first job was at Morgan Stanley where he served as an analyst for two years. After receiving an MBA degree from Stanford, he worked for two years at Goldman Sachs.

Then Steyer moved to San Francisco in 1989 and joined private equity firm, Hellman & Friedman. The same year, Tom left his job to start his own business and founded a company named Farallon Capital Management in San Fransico.

In 2012, Steyer sold his ownership stake in Farallon Capital in late 2012, at the time, the hedge fund becomes one of the largest industry in the world, turning $8 million into $30 billion in 25 years. Hence, The New Times told that he continued as a passive investor in Farallon.

Moreover, Steyer is a member of the Stanford Advisory Council and also, appointed to the Stanford Board of Trustees in 2007.

In 2016, Farallon Capitol’s invested in private prisons while Steyer was leading the hedge fund. According to SEC, Farallon Capital purchased around $90 million of Corrections Corporation of America stock (5.5% of the company’s outstanding shares).

Before working for Goldman Sachs, Steyers was appointed for former Vice President Walter Mondale’s campaign in 1983. In 2004 and 2008, Steyer worked as a delegate to the Democratic National Conventions.

During 2008, first, he supported Hillary Clinton but later emerged as one of Obama’s biggest fundraisers. Tom served as Secretary of Treasury after the former President Barack Obama’s victory and in 2013, as the potential Energy Secretary. During the 2016 US presidential election, he backed Hillary Clinton.

In 2012, Steyer hosted a fundraiser for President Barack at his home an also delivered a speech at the Democratic National Convention.

Tom Steyer is very loyal to his wife, Kat Taylor. Tom and Kat are one of the highest-impact couples today. They are the founder of a head-spinning variety of change making activities.

Tom married his wife Kathryn Ann Taylor on August 16, 1986. The couple said “I do” in the Memorial Church at Stanford University in front of family, relatives and close friends. Their wedding attended by both Rabbi and a Presbyterian minister. Kat graduated from Harvard College and received J.D./M.B.A. from Stanford University.

Steyer and Kat have four children; Samuel Taylor, Charles Augustus, Evelyn Hoover, and Henry Hume. He described his wife as a ‘fierce mother, tough but compassionate, with a heart as big as all outdoors.’ Currently, he lives in San Francisco’s Sea Cliff neighborhood.

The billionaire is quite active on the social networking site such as Twitter, Facebook, and Instagram. On his social profiles, Tom shares pictures and videos of himself working in different organization and much more.

Not only is the 2020 census set to undercount minority populations and over-represent upperclass white populations, but it's set to do so BY DESIGN. Mr. Trump may sit in the Oval Office, but his vision of the world is nasty, brutish, and small.https://t.co/kHotqRfyLV