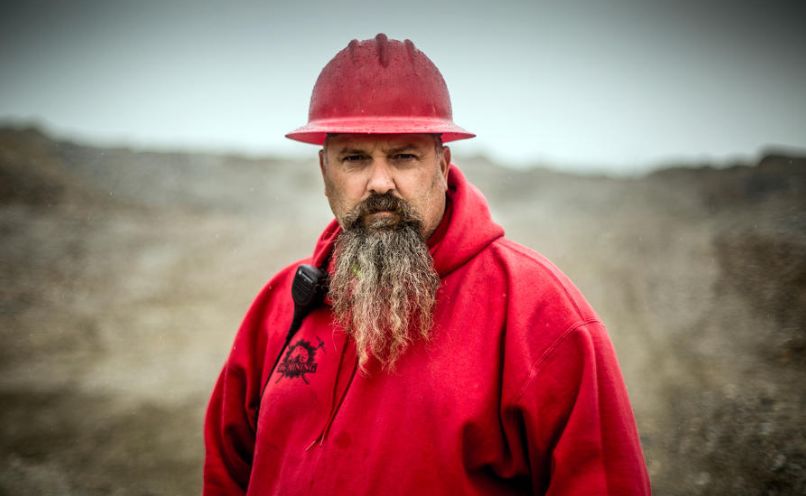 For a normal people the land

of Yukon Territory in Canada was nothing more than a piece of property, but for this gold prospector, it was a mine of opportunities, and he made it big. Todd Hoffman initially invested in Oregon based aviation

, but after seeing its downfall

, he gathered a group of six inexperienced

friends in the quest to find gold

in Yukon Territory of Canada

and rest as they say is history

as one of the casts on Discovery reality series “Gold Rush

However, in this article, we have collected all the informations you need to know about him, keep scrolling down.

Todd Hoffman was born on April 12, 1969, in Germany. His parents are Jack Hoffman and Georgia Hoffman. Todd’s father was a miner too, he mined gold in Alaska 25 years ago. Todd also has a sister in his family, Tamra Hoffman.

Before involving himself into mining business, Todd Hoffman has his own aviation business in Oregon. But as there was a decline in the business, he made a plan to come to Alaska in 2010 for gold. Hoffman’s father himself was the miner, who had failed in his gold mining adventure back in the 1980s.

Todd Hoffman’s father Jack Hoffman was already a miner and as Todd decided to pursue his career in the same path as his father, he became a miner too.

Driven to prove himself, Todd accumulated a team of his unemployed friends and all the tools and equipment needed to mine in full scale and with Todd’s belief and hard work, his team achieved success. Todd Hoffman learned the know-how of the mining business, worked on his skills and added new members in his crew, in the first three seasons of the series.

But mining wasn’t enough for Todd, so he staked all his money on a mining operation in Guyana, South America. But the trip wasn’t what Todd had thought and it turned out as a disaster. And sadly, Todd and his team returned with just 2 ounces of gold.

After the blunder he made, it was difficult to make a comeback, but Todd isn’t a person to give up so easily, he didn’t lose his grip and kept on mining in Klondike for two seasons of the series and his team made $3 million. It was huge for him and his crew as they needed something like this after the previous disaster.

Although, Todd Hoffman gained a lot of popularity from Gold Rush as mining was his passion but as time went on, Todd’s passion changed too. Todd Hoffman wants to focus on singing now.

Todd said,” I’m actually starting to get some serious offers. Laugh if you want. Who Knows?. Stranger things have happened. I want to break it big. I want to hit it out of the park.”

Todd Hoffman announced that he and his crew won’t be returning for the next season after the season 8 of Gold Rush, which is the top-rated show on the Discovery Channel. Todd’s father, Jack, his son and other crew looked back at the eight years and all the up and down they faced and came all through them on March 16. “Gold Rush” episode called “American Dreamer”.

Watch the video below of Todd’s singing:

Todd Hoffman is a happily married man. He is married to Shauna Hoffman. The couple has been married for a really long time now, though the date of their marriage is not known. Todd has described himself as a family man, who loves to be with his family and spend the time with them. Maybe that’s the reason why there are no any scandals in the marriage and they have been living happily. Todd mentions his wife, Shauna in every interview saying how great and supportive she is to him and how beautiful she is.

Todd and Shauna together have a son and a daughter, they are Hunter and Hudson. Despite other celebrities, Todd fears the limelight, he even mentioned in an interview that he is worried about his son Hunter being on television. Hunter has accompanied Todd since the sixth season of the series. However, Hunter is about 18 years now and is still very young.

Todd Hoffman said in an interview that he doesn’t want his son turning into another Miley Cyrus. He wants his children to learn family values and be a good person and he wants them to teach the fact that God is there.

Todd Hoffman has now left the show but the amount he earned during the time in the show was huge. He faced many difficult situations and experiences in the series but at the end of the show, Todd said he and his crew dug up almost $10 million worth of gold.

Todd Hoffman net worth his $4 million.

Apart from the Gold Rush, Todd also owns an airport in Sandy, Oregon. But the business is really slow as the airport is capable of only small engine planes. He left the business there to pursue a career as a miner, but still, the airport remains and Todd Hoffman is the owner of it.