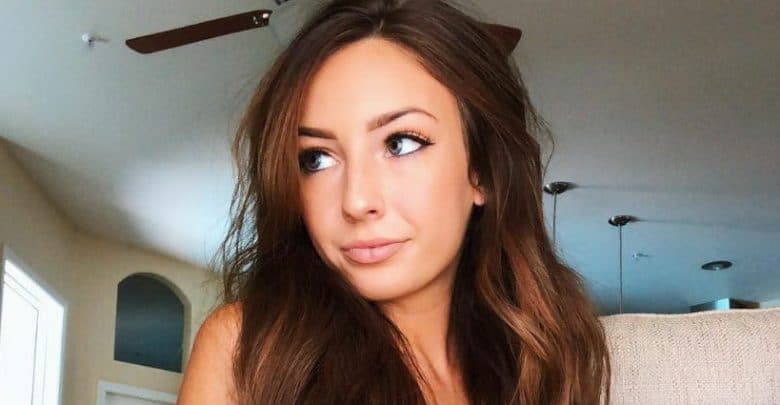 Taylor Alesia is a well known social media celebrity. She is famous over Instagram, YouTube, Twitter, Musical.ly, and YouNow.  Taylor Alesia is viral over the internet especially on Instagram as it inspires millions about fashion and lifestyle. And Taylor Alesia age is just 22 years old.

Know more about Taylor Alesia with us.

Who is Taylor Alesia?

Taylor Alesia is a popular social media celebrity best known from Instagram with over 2.2 million fan followings and on YouTube with over 2.3 million. She is also quite popular on Twitter with 167K followers. Besides, she is also very active on Musical.ly mostly seen sharing her lip-synced video songs and YouNow, a live video streaming service.

Taylor Alesia has also assisted a fellow internet celebrity Taylor Caniff with merchandise of his RV project tour. She was born on October 13, 1996, in Arizona, the United States. It makes her 22 years old as of 2018. She grew up with her elder sister. Taylor Alesia is also seen several times with her mother in her videos.

As we said earlier, Taylor Alesia is most famous on Instagram and it is the same social media platform that made her an internet celebrity from a normal user. And the social media platform, Twitter has also helped establish herself. She was also rumored to be in a relationship with fellow internet celebrity Taylor Caniff as a result of being associated with hi while assisting him with merchandise of his RV project tour.

Why is Taylor Alesia Special?

The pictures of Taylor Alesia is viral over the internet especially on Instagram as it inspires millions about fashion and lifestyle. She also shares the incidents in her life with her fans on Youtube with a tag “Story Time” on her video blog. One of those videos is of her fan who is obsessed with her fashion sense. The video is of her fan’s picture wearing the exact clothes worn by Taylor Alesia. Her fan is crazy about Taylor Alesia and she follows her almost everywhere she goes.

Taylor Alesia has shared a video with her fans of her past experience dating back to her junior school days. Her boyfriend one night broke into her room while she was in a deep sleep.

Beyond Fame About Taylor Alesia

They were together on the RV tour for a while and quickly got close to each other but that is set, nothing more is between them. Although their fans created their own stories and speculations were made about them. And Taylor Caniff added he is single and isn’t dating anyone.

But on the other hand, there was a different story to hear from Taylor Alesia. She was vocal about their relationship and also declared to her fans by saying she had proofs of their relationship. And later she proved it by sharing a photo of them kissing on a beach. And the picture was just a week or two before their tour. She cited she was promised by Taylor Caniff to be in touch and also to take her to Texas.

She felt ignored and left behind after, he stopped having a contact with her. And later found, Caniff took his ex-girlfriend, Ashley Wilson to his Texas tour. However, Taylor Alesia accepted they were not officially dating but were quite often talking to each for eight months. But, the issue even got bigger after she accused Taylor Caniff and his manager of putting a pressure her to keep their relationship a secret.

In return, Taylor Caniff replied to her by stating she is a liar and a fame seeker. And Alesia further continued the fight with a tweet that she is threatened by Caniff to get sued for publicizing their photo kissing. However, Alesia was also found to be in a relationship other social media star Mikey Barone. But their relationship didn’t last long.

Alesia’s boyfriend Mikey Barone once indirectly shared Alesia isn’t a good person. But like every internet comments, there were some fans supporting Alesia and some were not. Again, Alesia was seen making a controversy by giving a hint that  YouNow star brothers Hayes Grier and Nash Grier were smoking suspicious cigarettes. Then again posted a photo of Nash’s brother Hayes smoking.

In return, gentle Nash’s brother Hayes replied he doesn’t smoke at all, but later deleted the tweets. People over the internet criticized her of making a public stunt and seeking attention. And even, Alesia apologized with a tweet mentioning “it was not her place to say anything and that she doesn’t mean any disrespect to them”