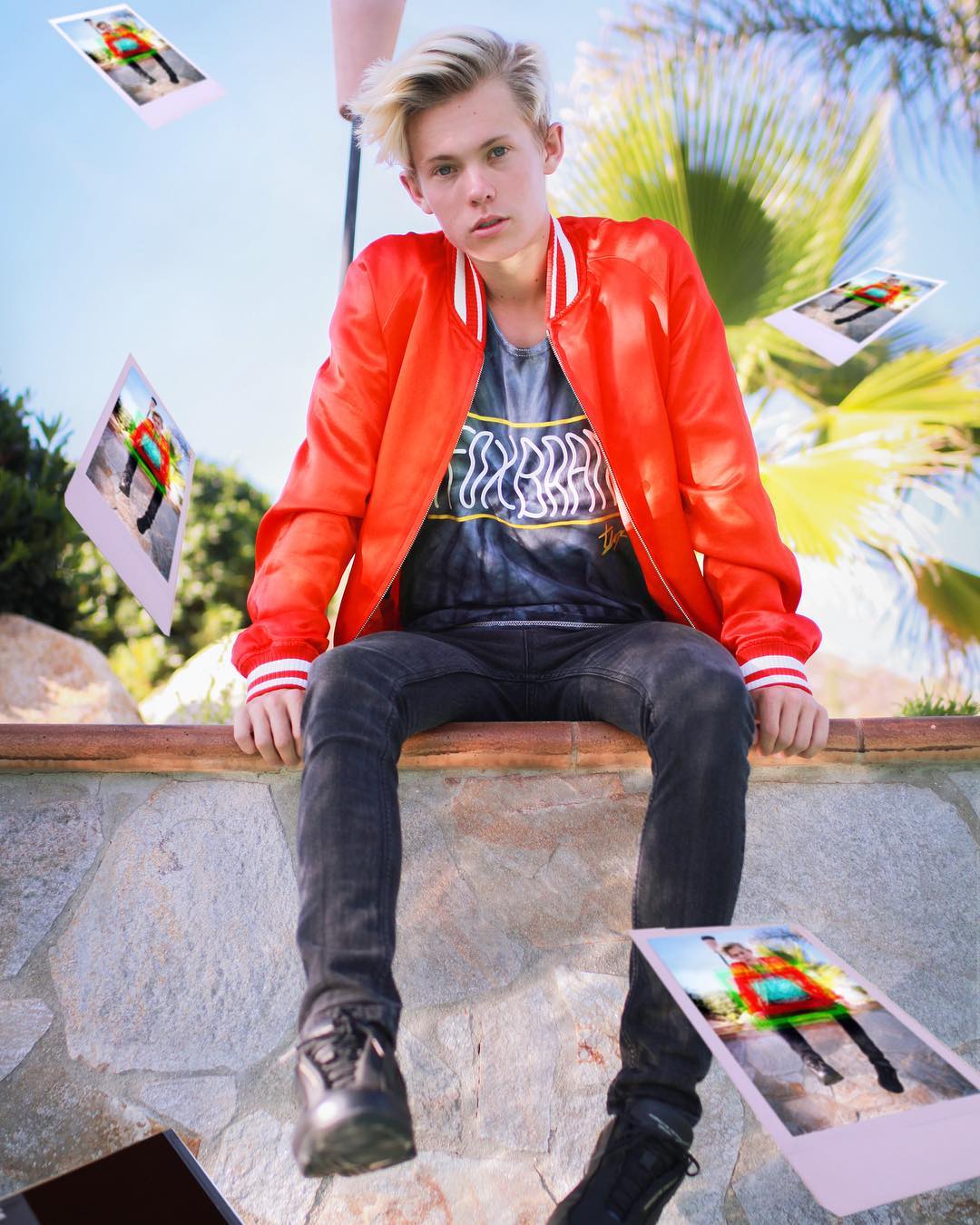 19, Tanner Fox is a professional rider and YouTube vloggers with 7.6 millions of subscribers and 1.4 billion views in his self-titled channel, “Tanner Fox.” He loved to shoot videos and uploaded to his channel. Currently, he is dating the YouTube star, Taylor Alesia.

Tanner is one of the biggest names in the social media who gained lots of popularity through his freestyle scooter riding. He started off his YouTube career in 2011. Fox loved to make videos and started sharing his videos by himself on his channel.

Talking about his earning from his YouTube channel, his estimated net worth is $8 million as of 2018.

Besides his vlogs, Tanner has clothing and merchandise brand named, Tfox which help him to uplift his net worth. The brand has a huge collection of clothing, pop sockets, hoodies, hats, t-shirts and many more.

He created his account on YouTube in September 2011, title “MT films” and began uploading his videos. His channel quickly rose in a few years, and later he decided to change his YouTube channel name to his own name, ‘Tanner Fox.’ He also loves to upload his videos with his best friend, Jake Angeles. Tanner has been skateboarding since he was two years old.

His channel does contain stunt not only videos but also pranks videos, skateboarding videos, skydiving and several others. He also featured with famous fellow YouTuber Dylan Hawkins, Monstermav, and Jacob’s D’Arezzo. He was inspired by the renowned rider, Dylan Morrison and started stunt on his scooter.

The YouTube star has over 7.6 million subscribers and 1.4 billion views on his channel. Fox most famous video till to date is “BMS vs. SCOOTER” with Harry Main. Tanner also collaborated with Roman Atwood and got the opportunity to drive his GTR car.

Besides them, he also collaborated with famous stars like Justin Stuart, Casey Neistat, and Carson Leuders. Tanner also roasted by RiceGum in July 2017.  He also posts his day to day life in his channel. Tanner Fox had over 3.4 million subscribers and had over 400 million views in 2016.

Tanner  posted a video in his Twitter, saying, “I got a Car!!!*Reveal*”

Talking about his love life, Young YouTuber star currently dating the social media personality, Taylor Alesia. Tanner confirmed that he had a special person in his life in 2017. The couple appeared together in many videos. Also, Fox posted their pictures and videos in his social accounts. The couple is dating each other for several months. Tanner is also featuring Taylor and Dylan Mathew in a music video, “We Do It Best.”

Previously, he dated his high school friend Anna. But he never confirmed that was dating her, maybe it just a rumor.

Tanner fox was born on 22 December 1999, which makes him 19 years old. He was born and raised in San Diego, California. He mother name is Ronda Fox and has a sister named Lindsay. Tanner has a dog named Kirby who has his own Instagram.

Tanner goes to charter school twice a week for a few hours depending on homeschooling for his education. Fox loves to spend time with his family and friends. He has a dreamed to visit his favorite place in Barcelona.

Tanner Fox is an internet sensation personality. He has $3.7 million fans follower on his Instagram page and 548k on his Twitter. He is also active on Facebook as well as Google+.