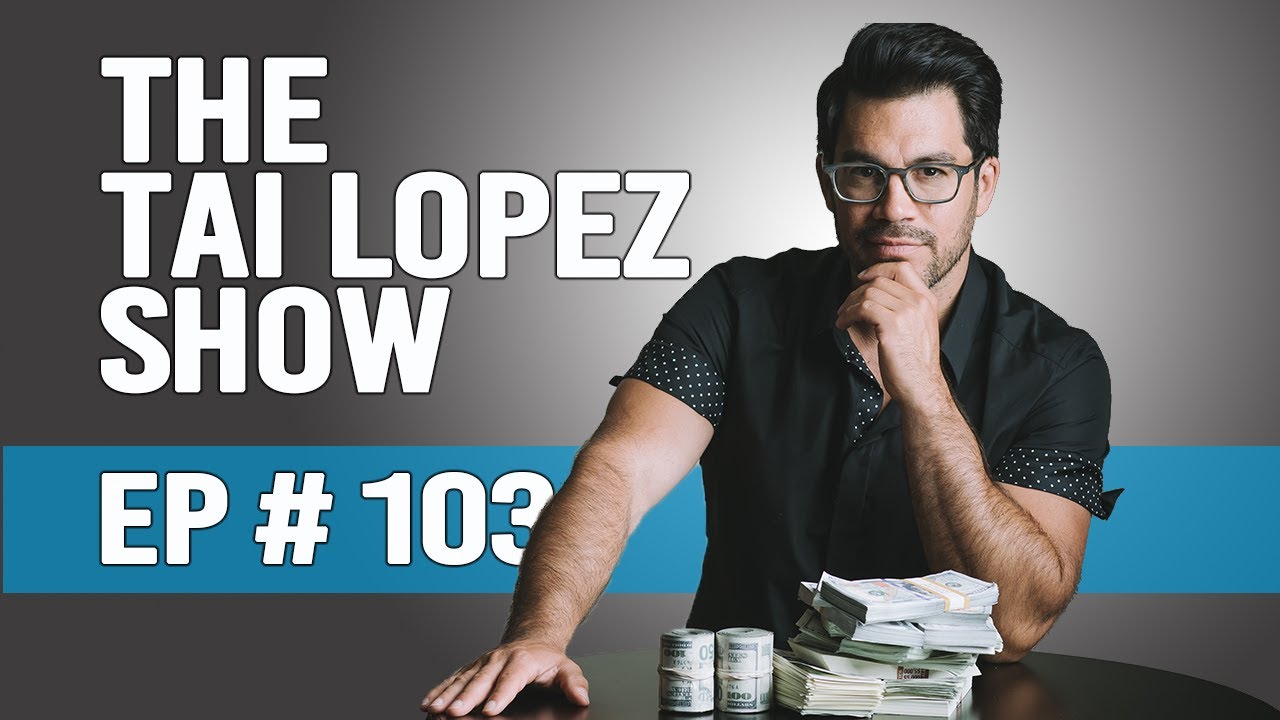 Tai Lopez is an entrepreneur, investor, advisor, and motivational speaker to over 20 multi-million dollar businesses. He is best known for his popular book club and podcasts. He shares advice on how to achieve wealth, health, happiness and love with 1.4 million people in 40 countries across the world. Tai is also one of the famous social media influencers with a million followers.

Who Is Tai Lopez?

Tai Lopez was born on 11 April 1977 in the USA. Currently, he is 41 years old. His grandparents raised him. He mostly spent his childhood with his grandparents. Tai’s grandfather was a scientist. There is no information regarding his parents and siblings.

After high school, Tai joined college, but soon he dropped out. Tai did dome odd jobs at the beginning and saved enough money. He has traveled to 41 countries and gained vast knowledge and experience.

At the age of 16, Tai realized that life was too complicated to figure out his own, so he wrote a letter to his grandfather to asked for the answer to the life’s hard question. His grandfather told him that he had to fight his own battle. Then he began a habit of reading a book a day. His research for what he calls the “Good Life”: the balance of the four major pillars of life health, wealth, love, and happiness.
He began by reading thousands of books from the most impactful figures in history Sigmund Freud, Aristotle, Gandhi, Confucius, and myriad others.

How Tai Lopez Becomes a Millionaire?

Success is not as easy as we thought. We have to work hard to achieve our dreams. Before he becomes a millionaire, Tai spent his two and a half years working at a leper colony in India. After that, he went to become a Certified Financial Planner and worked in many finances. Today, Tai is a founder, investor, advisor of more than 20 multi-million dollar business.

Tai Lopez created his self-titled Youtube Channel in August 2013 and began making and uploading inspirational videos on his channel. Tai Lopez what is now one of the world’s largest book clubs that reaches over 1.4 million people in 40 countries with his “Book-Of-The-Day” free email newsletter. Also, he created an alternative to the traditional business school. Then Tai created the ‘Bussiness Mentorship’ program for the university students without all the downsides of burdensome costs and inefficient methods.

Recently, he summarized all his mentors and compiled them into a series of a mentor of ‘mentor shortcuts’ and ‘The 67 Steps.’

Lopez appeared on the episodes of ‘Millionaire Matchmaker’ in 2008 which made him popular. He earns a handsome amount of through various sources like shows, tour, and many others. He runs his program called ‘The 67 Steps.’ Lopez is also a motivational speaker who runs a podcast.

Tai has purchased a black Lamborghini. Currently, he is living a luxurious life in Hollywood Hills with family.

Is Tai Lopez married or Single?

41 years old, Tai Lopez is not married yet. He is in a relationship with Kenna Alastair. His girlfriend is a model and is based in Los Angeles. Tai does not reveal much about his relationship on the camera.