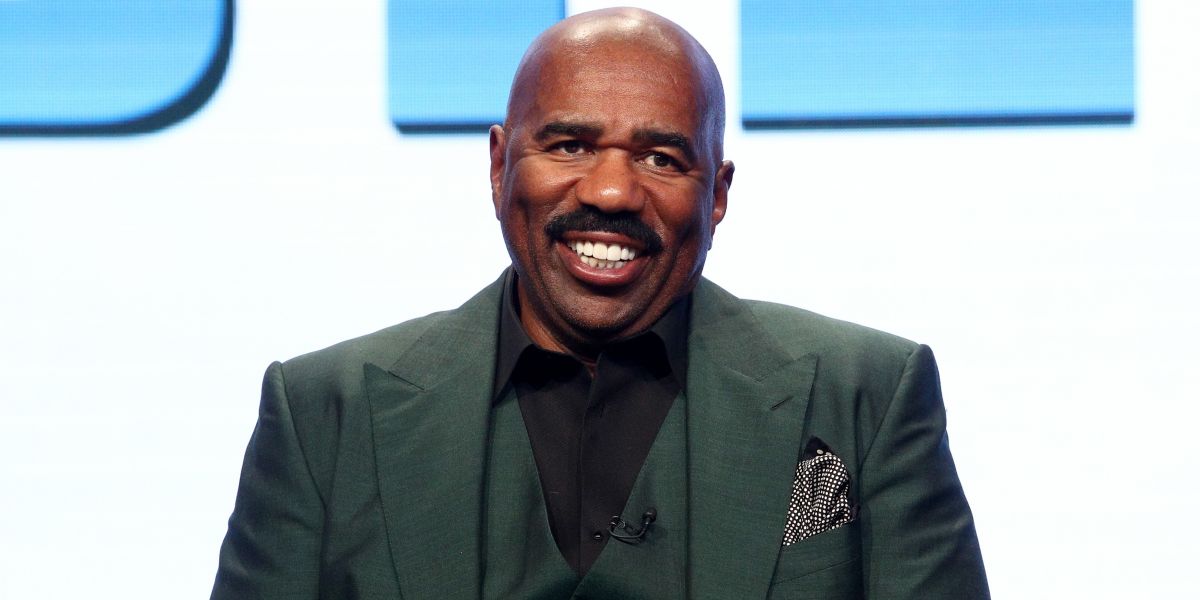 Know more about Steve Harvey with us.

Who is Steve Harvey?

Steve Harvey was born in Welch, West Virginia, the United States on the date 17 January 1957. He was born to Jesse Harvey and Eloise Harvey. Steve’s father, Jesse Harvey by profession was a coal miner. He has a sibling, a bother named Terry Harvey.

Though Steve was born in Welch, West Virginia, he didn’t spend his entire childhood there. He moved to Cleveland, Ohio with his family at a young age. Same like his family details, his early life details are not available.

Steve Harvey is a former student of Glenville High School joined in the year 1974. After graduating from high school education, Steve moved to Kent State University and West Virginia University. During his university days, he was an active member of Omega Psi Phi fraternity. 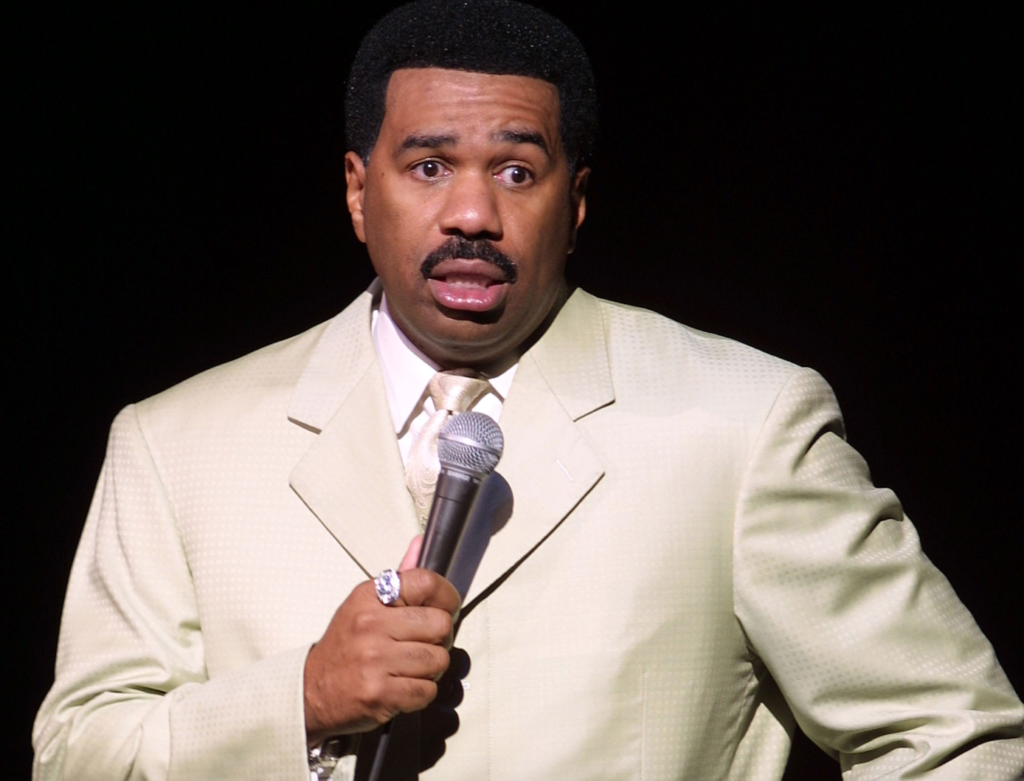 Steve Harvey first stepped on the entertainment industry as a Comedian, Television Host and working in the radio. He had a very humble beginning. For several years he lived his life as a homeless during the 1980s, which has to be the hardest moments of his life.

Steve Harvey has performed a stand-up comedy on 8 October 1985 at the Hilarities Comedy Club in Cleveland, Ohio. After struggling for years, he became a finalist of the Second Annual Johnnie Walker National Comedy Search which drew an attention at him and brought an opportunity to earn a starring role on  “Me and the Boys”, the ABC show in the year 1994.

Late, beginning from 1996 till 2002, he starred on The Steve Harvey Show on the WB Network. Steve Harvey once again continued doing stand-up comedy from 1997 with three other comedians  Bernie Mac, Cedric the Entertainer and D.L. Hughley.  Then in the year 2003, Steve ventured into the movie industry with the movie The Fighting Temptations, alongside Beyoncé Knowles and Cuba Gooding Jr. 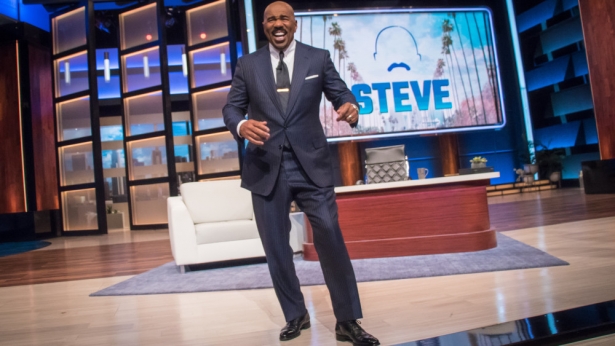 Apart from Television hosting, comedy, movies, he is also an author of Act Like a Lady, Think Like a Man. His book was a big hit. With the success of the book, a romance/comedy movie ‘Think Like a Man’ followed up. Some of his other books are straight Talk and No Chaser.

Then in the year 2008, he was seen as the host for 3 days of an event from Disney Dreamers Academy at the at the Walt Disney World Resort in Lake Buena Vista, Florida. he was also the host of the weekday-morning program, The Steve Harvey Morning Show from the Radio One, Inc. Again, in 2010 Steve hosted a show called Family Feud.

Steve Harvey has also initiated to help Women become more dateable by creating a website “Delightful” dedicated for women empowerment in September 2014. He was also seen hosting the Miss Universe 2015 pageant and 2016 pageant in Las Vegas and the Philippines, respectively.

Salary and Net Worth of Steve Harvey

Venturing into different careers like comedy, television, movies, books have been a fortunate experience for him. He has accumulated a fortune of $ 140 million for himself. It is amazing to see how a homeless with pure hard work and persistence has achieved such greater heights.

Rumors and Controversy about Steve Harvey

With such fortune, fame, and floods of fan following, Steve Harvey has also been on several controversies. Such as Mistakely declaring the first runner-up, Miss Colombia, Ariadna Gutiérrez, as Miss Universe. And soon after she was crowned, he announced the actual winner Miss Philippines, Pia Wurtzbach as the new Miss Universe. However, he immediately asked for an apology in the event as well as through social media. It has to be the most controversial event for him. 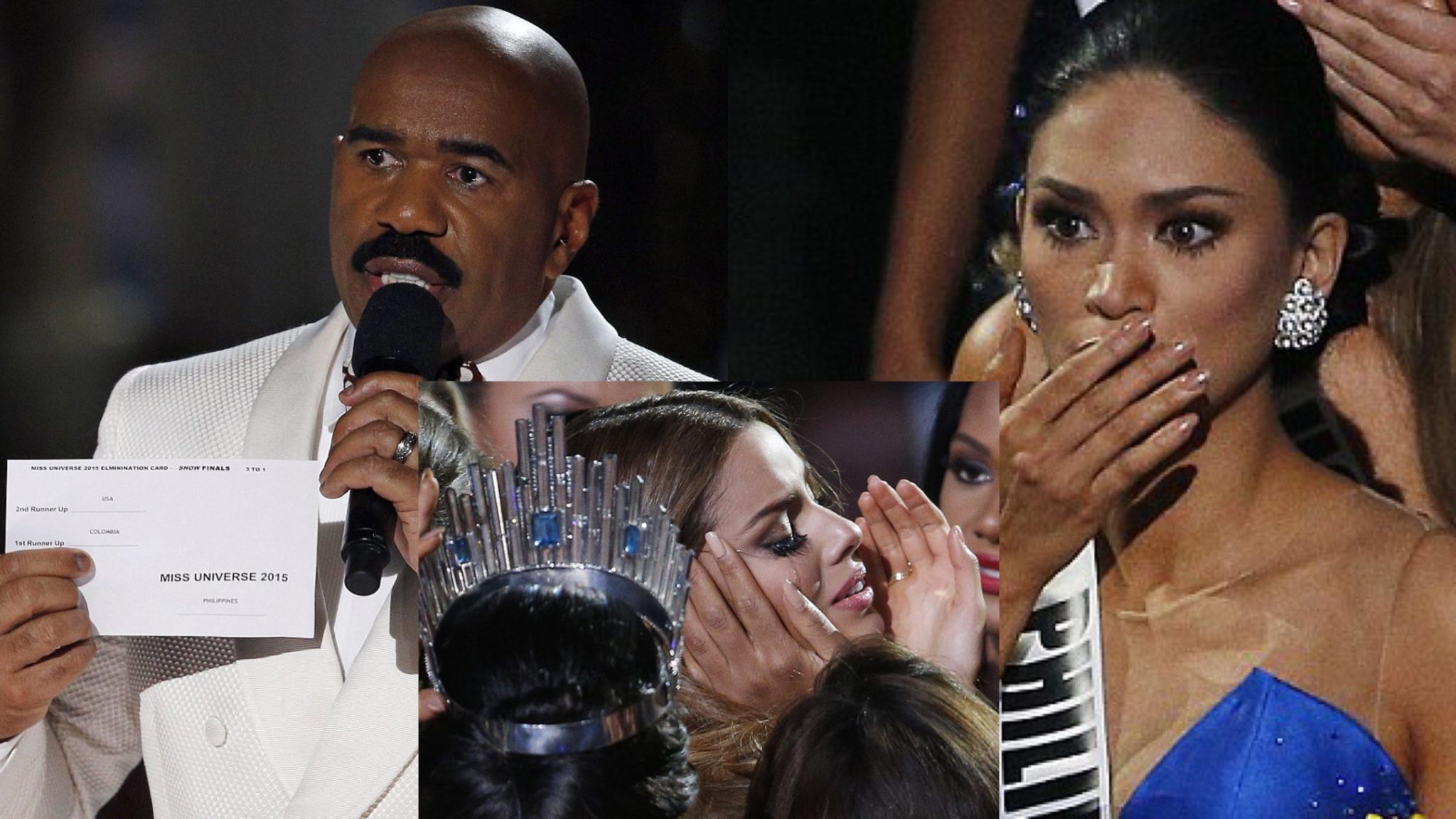 Again in 2017, he made a joke out of an Asian man by uttering, “He didn’t like Asian men and Chinese food too and also Asian are not attractive.”

Steve Harvey is a tall man with a height of 6 feet 2 inches. He weighs 104 kg, Steve has dark brown eyes and has a bald head.