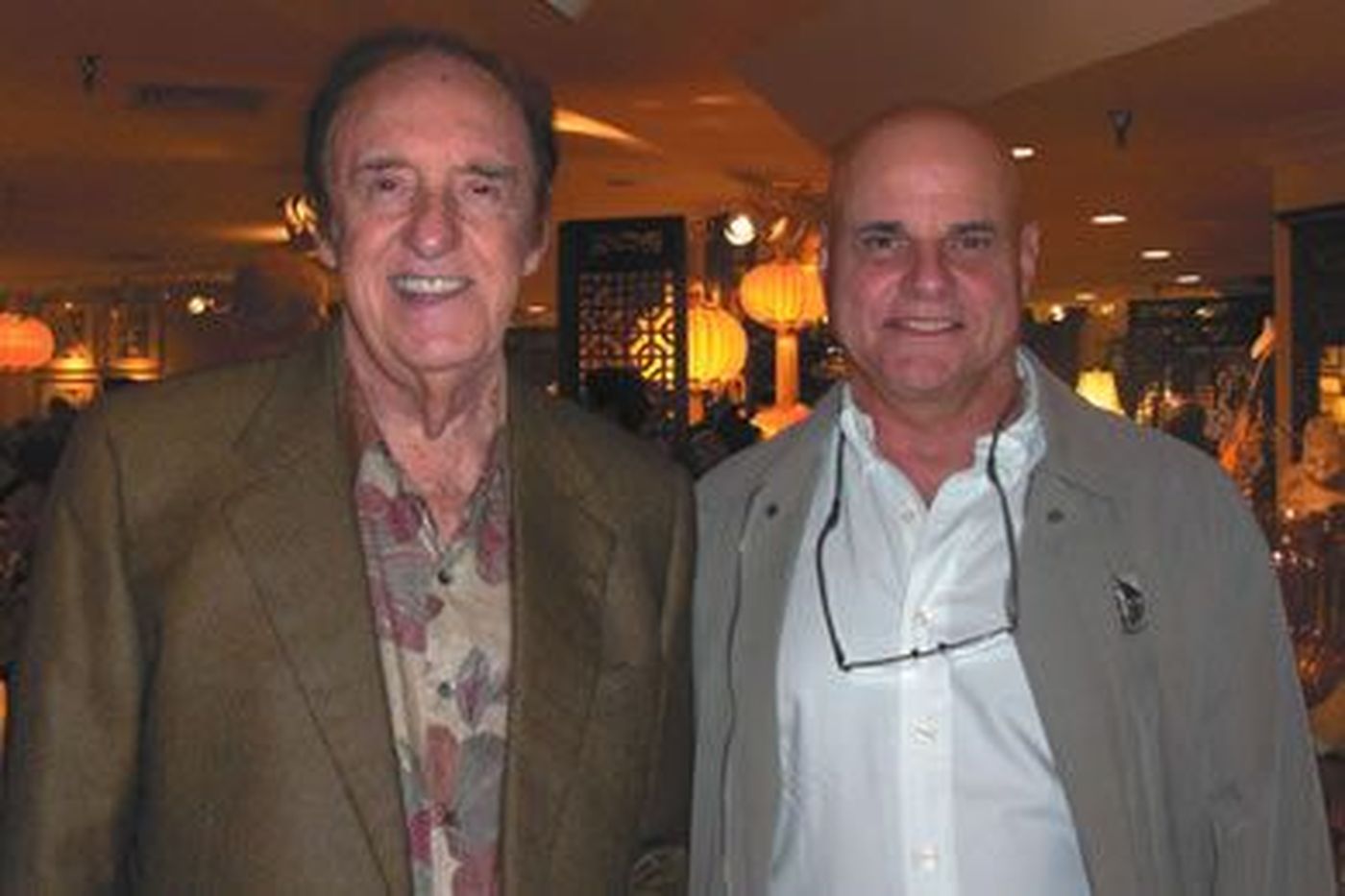 Stan Cadwallader married his long-term male partner of nearly 40 years, Jim Nabors on January 15, 2013. The couple exchanged the wedding vows in front of family and some close relatives and friends at the Fairmont Olympic Hotel in Seattle after the same same-sex marriage was approved in Washington State.

Stan Cadwallader married to his long-term boyfriend, Jim Nabors who is actor, singer, and comedian. The duo got married on January 15, 2013, at Seattle, Washington’s Fairmont Olympic Hotel after a month later the same-sex marriage became legal in the USA. At the time, Stan was 64 years old, and Jim was 82 years. It seems that Stan and Jim were waiting for this moment since a longtime, but they had been a partner for 38 years.

Stan and Jim met in the 1970s, and till that time, they had been together but never open to media about their relationship. In a phone interview, his husband, Nabors said,

“Jim was 82 and Stan was in his mid 60s, and they had been together for 38 years, and he was not ashamed of people knowing. The was just a personal matter which he never told anyone.”

He added that Jim was very delighted that he had had a partner of 38 years and both of them felt blessed. At the time, he was too happy.

Before they made their relationship official, Nabors said, “It’s pretty obvious that we had no rights as a couple, yet when you’ve been together 38 years, I think something’s got to happen there, you’ve got to solidify something. And at my age, it’s probably the best thing to do.”

The was rumored that Jim married Rock Hudson in early 1970s before he began his relationship with Stan. According to rock Hudson, the two lived in Huntington Beach who sent out joke invitations for their annual get-together. But Hudson never publicly admitted that he was gay. Jim and Rock stayed together only for a short time and split up.

Stan Cadwallader’s partner, Jim Nabors passed away on 30 November 2017 due to health decline at Honolulu, Hawaii, aged 87. His husband underwent a liver transplant in 1994 and also had open heart surgery at Queens Medical Senter in 2012. The United States Marine Crops wrote a statement on Nabors, “Semper Fi, Gomer Pyle. RIP Jim Nabors, the one who named an Honorary Marine.”

The Second Lady of the United States and former Lady of Indiana Karen Peace wrote a statement on Twitter, ‘So sad to hear about the passing of Jim Nabors.

Stan Cadwallader’s husband, Jim Nabors was a former actor and singer. Jim was born on June 12, 1930 and died at the age of 87 in November 2017. He received a nomination for Daytime Emmy Award for Outstanding Host or Hostess in a Talk, Service or Variety Series. He starred in amny television shows such as The Krofft Supershow, Buford, and the Galloping Ghost and The Carol Bernett Show. Jim also appeared in several movies like  The Best Little Whorehouse in Texas,  Stroker Ace,  Return to Mayberry, and more.

Apart from his acting career, he was also a singer. Throughout his career, Stan Cadwallader’s husband, Nabors sang for numerous TV series. From 1972 to 2014, Nabors sang ‘Back Home Again in Indiana’ with the Purdue All-American Marching Band before each Indianapolis 500 race.

Stan Cadwallader’s Career and Net Worth

Some sites said he was born in 1948 and some other sites claimed that he was born in the 1980s. However, the exact date of birth, year and place is still not known. Additionally, there is no information regarding his parents, siblings and educational background.

By profession, Cadwallader is a firefighter and business associate. Currently, he no longer works and is enjoying his retirement.

As of 2018, Stan Cadwallader actual net worth and salary is still under review. However, his partner, Jim Nabors earned a decent amount of money in his career. Professionally, Jim had a net worth of $15 million.