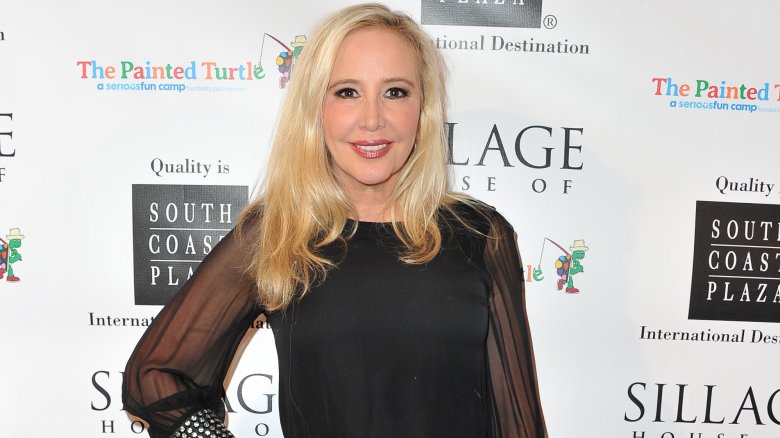 If you ever have watched the Bravo’s series Real Housewives then you probably familiar with Shannon Beador.

Shannon Beador joined as the main cast during the ninth season, who is known for her honesty and everything related to her lifestyle.

The mother of three teenage daughters finds herself once again after finalizing her divorce from ex-husband David Beador and became more stronger than before. After working with QVC, Shannon said that she dreamt of opening a restaurant.

Le’s find out how much is her net worth, including her personal and professional life.

Since the beginning of her career on the American reality show Real Housewives, Shannon Beador has been popularly known as the cast member who lived lifestyle luxuriously.

Shannon has always been concerned about toxins and lived as organically as possible. In the Bravo post, she admitted that she had a different lifestyle than many other people.

Shannon was introduced as a new housewive in the ninth season of The RealHousewives of Orange County along with Lizzie Rovsek. Since season nine, she is casting as a member of the reality show while Danielle Gregorio has joined as a friend of the housewives.

Cynthia Bailey: What Is Her Net Worth? How Much Does She Earn From RHOA?

The RHOC is focused on the personal and professional lives of several women residing in Orange County, California. The show has aired a total of thirteen seasons on Bravo TV.

Besides, Shannon made her appearances in Home and Family, Hollywood Today Live and Flipping Out. Additionally, he appeared in the mini-series Then and Now with Andy Cohen.

To work out every relationship, it needs love, trust, and communication. If these three things are missing, then you know what will happen. Likewise, the RHOC star ended her 17 years of marriage with David Beador in 2017.

She revealed the news on the season 12 of RHOC reunion. Beador told People, she felt alone in her marriage and did everything to save her marriage and family together. But it wasn’t happening.

During a Watch What Happens Live Special, Shannon disclosed that her ex-husband, David Beador cheated on her and it was he who said to divorce, not her.

Does Shannon Beador have a boyfriend?

The 55-year-old reality star told Radar that she was celebrating her birthday with Rick and spent some quality time together. On February 2nd, the duo went on the semi-public and attended a black-tie charity event together in Philadelphia.

However, Shannon and Rick haven’t posted any single pictures on social media, but an eyewitness said that they were flirting with each other.

We are happy for her. She finally found someone who treats her what she deserves.

The RHOC reality star Shannon Beador was born in 1964 in California. Her maiden name is Hannon Storms. She raised in Rancho Santa Fe where she went to high school.

Shannon enrolled at the University of California and also, she has been spotted at many USC football games during his college. After graduation, Beador moved to Orange County. However, she hasn’t spoken much about her early life.

The reality star, Shannon Beador, was pretty open about gaining 40 pounds on “The Real Housewives of Orange County.” She began to work with a trainer to lose weight.

In the most recent season, she has opened up about where she is in her journey. She said,

Net Worth Of Shannon Beador

Shannon is an American reality TV star and actress. She became the part of the show The Real Housewives of Orange County and has aired more than 50 episodes. Most of her net worth comes from the show and other guest appearance she made in many shows.

Shannon Beador net worth is said to be approximately $20 million.

Reportedly, she earns $300,000 per episode from the RHOC. Additionally, the former duo put their home on the market for $16 million but sold for $9.05 million, OC Register reported.

Moreover, Shannon’s ex-husband David paid her $22,500 per month in child and spousal support. However, David is not happy with a court statement.