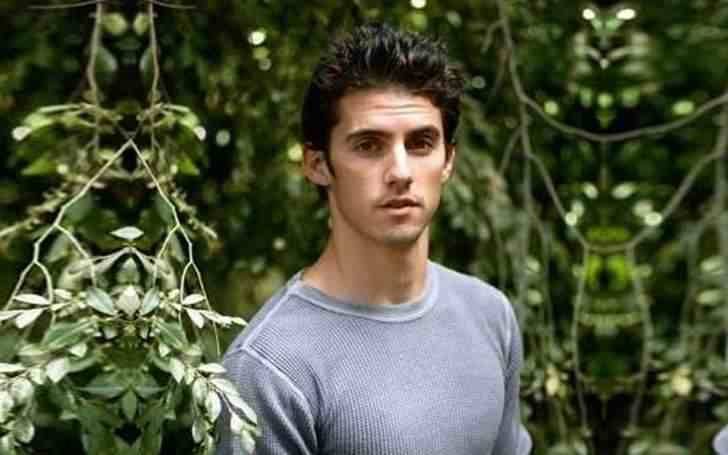 Seargeoh Stallone is well-known personality as a son of  Sylvester Stallone, a veteran American actor, producer and filmmaker who is known in Hollywood mostly for his action movies.

Seargeoh’s most noted work till today is in the second film of Rocky where he played as the main characters son. Like most of the star-kids, he is rather known as his father’s son.

So let’s look closely at the life of this born-celebrity star.

Seargeoh Stallone was born on 1979 in the United States to Sylvester Stallone and Sasha Stallone, a photographer. film director, writer, and actress. However, his parents got divorced in 1985 when Seargeoh was just 6 years old. His parents went their own ways ending 11 years of marriage since 1974.

Details about his education are not yet known to the public. However, it is heard that Seargeoh went to one of the finest school in the United States.

Seargeoh Stallone has a long list of family members. His father is popular all around the world, mostly for his iconic role in movies like Rocky and Rambo. His mother Sasha, a talented photographer, remained the lead photographer of Stallone’s film Rocky that became a blockbuster hit winning three Oscars and also made Stallone as one of the superstars of Hollywood in the ensuing years. After her separation with Sylvester, she got remarried with Rick Ash but that too didn’t last long.

Apart from his parents, Seargeoh Stallone has four siblings. Sage Moonblood Stallone, his biological brother who sadly passed away at a young age of 36, in July 2012 from heart disease. Sophia Stallone, Sistine Stallone, and Scarlet Stallone are his half-sisters from his father’s third marriage to Jennifer Flavin Stallone. His half-sisters are on their way to pursuing the career in Hollywood.

Seargeoh Stallone was diagnosed with autism at a very early age of 3. Due to this reason, Seargeoh could not pursue a career, unlike his siblings. He started repeating words and later started drawing pictures at an age when he was hardly able to walk.

He later went through the initial stages of his therapies. He went to a special school after undergoing therapies for a year. After that, his condition started improving a little. His family donated a huge amount in a National Society for Children And Adults with Autism.

Seargeoh was quite different than other autistic children, he was smart and could perform basic actions. By the age of 10, his condition started improving little by little with the support from his family.

Seargeoh doesn’t have much in his career history. He is mostly known for playing the character as Robert Balboa Jr., who is a newborn son of Sylvester Stallone‘s character Rocky Balboa in Rocky II which was released in 1979.

Later that role was played by his elder brother Sage Moonblood Stallone in Rocky V in 1990.

Seargeoh couldn’t do much in his career because if his health issues.

Seargeoh doesn’t speak much about his personal matter. Also, he rarely appears in the public. Seargeoh Stallone is a handsome young man. Though there is not much to speak of his career, he has many female fans, who want someone alongside him.

There is no record of Seargeoh dating someone as he keeps all his affair and past relations to himself.

Seargeoh had to face a lot since his childhood. He was diagnosed with autism, his parents got divorced when he was still fighting his illness, his father got remarried twice and in his youth, he had to lose his only biological brother. With all these happening in his life, he couldn’t do much in his career. So there is no any estimation of his net worth. However, his father, who had and still have a very successful career had a net worth of $400 million in 2015 and by today’s date, the net worth has definitely gone up.

Being Sylvester’s only son, Seargeoh might inherit his fathers wealth in future leaving him with a very large amount of fortune.