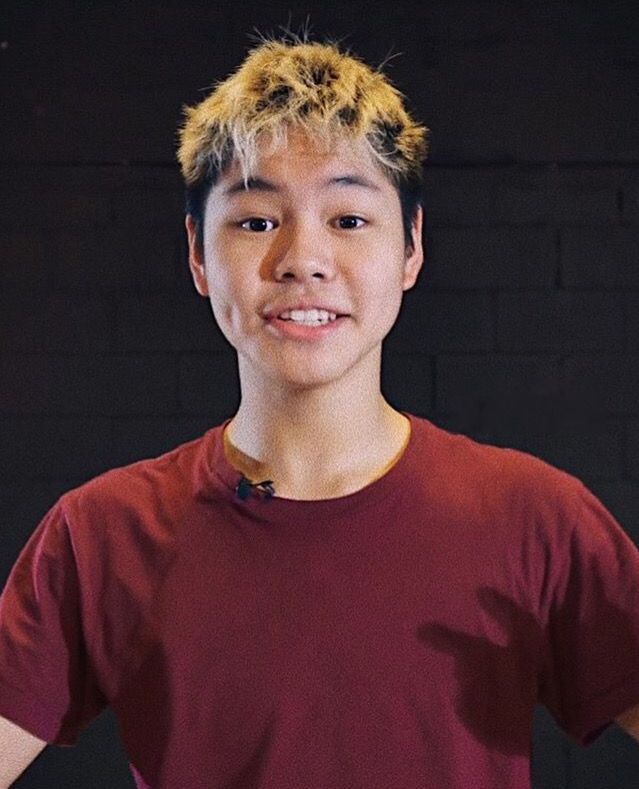 Asian-American Sean Lew is a dancer, choreographer, actor and cook. Sean Lew came to fame after his dance video “Applause” went viral to the social media. Sean is also a YouTuber and has amassed over 2.2 million subscribers on his self-titled channel called ‘Sean Lew.’  In 2017, he competed on the dance show, “NBC World of Dance” with his partner Kaycee Rice.

Sean Lew was born on 25 November 2001 to parents Chuck and Miya Lew in Walnut, California, United States. He has two sisters, Serris and Sarah Lew. He holds an American nationality and belongs to a mixed ethnic background of Chinese and Japanese.

so proud of my sister for graduating college. the sister that’s in the middle. lol can’t wait to see what kind of amazing fashion you create with ur beautiful mind. will always be there for you:)

Sean Lew loved cooking since he was a child and also plays the piano. He loves to eat homemade food and to play basketball with his father. Being a dancer, Sean’s all-time favorite movie is Step Up 3D.

Sean Lew started dancing at the young age at Marter Dance Studio. At the age of 8, Sean made his first appearance on Television series ‘Glee’ as a dancer in 2010. Then he appeared on ‘X Factor,’  and in 2011, he appeared on America’s Got Talent. In 2012 he performed as a dancer on Kids Choice Awards. The following year, Sean appeared on The Queen Latifah Show.

Since then Sean appeared on several television shows as well as movies. In 2014, Sean Lew starred as Hall in the American television series, Sam & Cat. He also acted in TV series such as Bizzaardvark, and Nicky, Ricky, Dicky & Dawn in 2016 and movies like, Penguins of Madagascar, Breaking Through, See Dad Run.

Lew appeared on Ellen DeGeneres show “The Ellen DeGeneres Show” and impressed the audiences with his jaw-dropping dance moves with ‘CollectiveUh’ and toured the USA with ‘The Pulse On’ tour as an elite protege.

Sean loves to cook and eat food. In 2017, he appeared on the cooking show, Chopped junior and won the Food Net Work competition. He also competed in Rach VS Guy: Kids Cook-Off for the season which aired on Food Network Channel.

Sean Lew is also a YouTube star. He joined the YouTube channel on 26 December 2008. His videos mostly feature his dance choreography which is helpful for all level dancers and also posted his cooking videos. His most viewed video is ‘Sean and Kaycee/Behind The Scene/NBC World of Dance: The Qualifier’ which has over 1.1 million views. Some most viewed videos are Whoopie Pies, How to and Recipe, All of Me Piano Cover and Brothers-Matt Corby,

Is Sean Lew Dating a Girlfriend?

Talking about his relationship status, currently Sean Lew is single and unmarried. He is not involved in any girl or spotted within the public places. Moreover, he dances with his partner, Kaycee Rice. They have been dancing together for six years. Maybe in near future, he will meet his perfect match. Right now, he has an ambitious plan for the future.

The Young star is multi-talented and has different sources of earnings. The main income is from his profession as a dancer and some extra money through the TV shows. However, Sean Lew’s net worth and salary are not revealed to the public.

Besides, Sean also active on YouTube. Sean Lew also receives the substantial amount of money from his YouTube channel. According to Social Blade, he earns monthly from $376-$6k and annually from $4.5k to $72.1k.