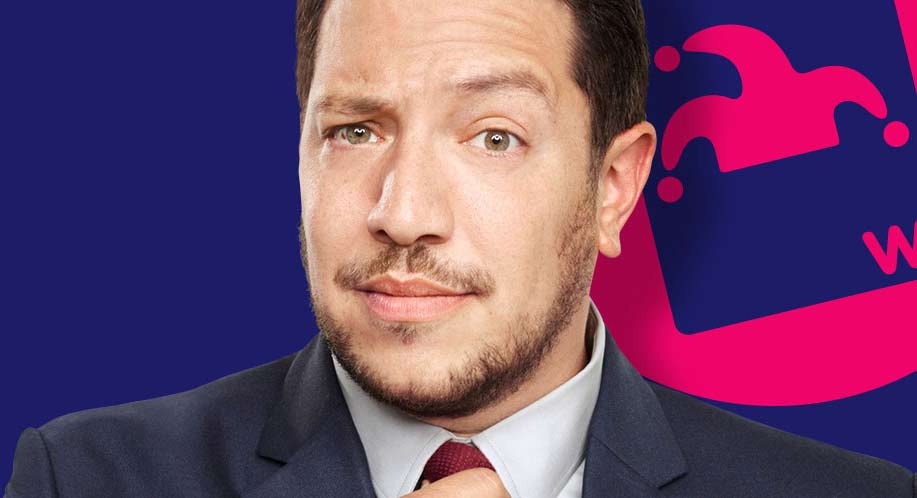 There are not many celebrities like Sal Vulcano who happen to be in his personal life almost as interesting as he is in his professional life. Sal Vulcano is a comedian, an actor, and producer in America. He rose to fame from the comedy TV show, “Impractical Jokers.” He is the most popular member of Impractical Jokers among four of them.

Let’s find more of this person who has been successful in putting on a smile on our face.

He has three sisters: Kelly Ann, the eldest; Diana and Jenna, his two younger sisters. Jenna Vulcano who has made an appearance in three episodes of Impractical Jokers.

Vulcano went to Monsignor Farrell High School and graduated in 1994. There he took part in various sports like hockey, basketball, and football. Then he went to St. Johns University and graduated with a degree in finance in 1998.

After earning a degree in Finance, he could have ended himself in some fancy office job with a tie and suit. But Sal chose his career as an improvisational and stand-up comedian from New York City.

He got his first break when he participated in the NBC Comedy Show; It’s Your Show, hosted by Carson Daly. He won the show, and that’s when he started getting recognized as a fresh talented comedian.

Following his dream of starting his TV show, he soon tasted success with the Impractical Jokers, where he was working as a co-creator along with Joe Gatto, James Murray, and Brian Quinn.

The show first aired on December 15, 2011, on TruTV where four friends try different dares and punish each other if one fails. Hidden cameras are secretly placed to capture the moments which are then presented through television.

He is the co-founder of the very popular live improv and sketches comedy troupe, The Tenderloins, which also includes three of his very close childhood friends, Mike Boccio, James Murray, and Joe Gatto.

He first met these three at Monsignor Farrell High School where their similar drive for improv and drama brought them together. They began hosting a podcast, The Tenderloins Podcast in April 2012.

Sal hosts a podcast along with Brian Quin, called, What Say You, the podcast is also very popular.

What Is The Sexuality Of Sal Vulcano?

But later, Sal shared the truth saying he only did it to help his friend, Murray.

How do they understand each other? It’s beautiful the friendship he shares and the way he maintains his close relationship. There’s no doubt that whoever is going to be his wife will be a lucky girl.

Watch The Video For Yourself

Is Sal Vulcano Married? Or Is He Dating Someone?

Sal Vulcan has been successful in keeping his relationship very safe from the eye of media and public. Many people questioned him about his sexuality just because he didn’t disclose information related to his relationship.

Once Sal mentioned about his wife in one of his tweets. The tweet created a lot of buzz on Twitter, leaving his fans with curiosity.

But except the tweet, Sal never mentioned of his wife or his girlfriend anywhere.

Even if once he revealed about having a wife but so far he has been seen with a ring on his finger which left public in a more perplexing situation. Whether Sal was telling the truth or doing his joke? Only Sal Vulcano Knows.

Vulcano has an average build body, 5 feet and 7 inches high, but his weight remains variable. He has a striking personality and is often seen in short beard and mustache. His measurements of the body, size of the dress, and size of the shoe are unknown.

Sal Vulcano earns by acting, producing and screenwriting. He charges $20,000 per episode in Impractical Jokers.

Sal Vulcano has earned many fans all around the globe with his comedy. His Instagram has 833k followers. OnTwitter, he has 1.01 million followers whereas his Facebook has over 702k followers.

Turns out Harry is a big fan of our show. Come on! Too cool. Thanks so much @harryconnickjr, the staff, crew, band for having us. My first Harry concert was 94.