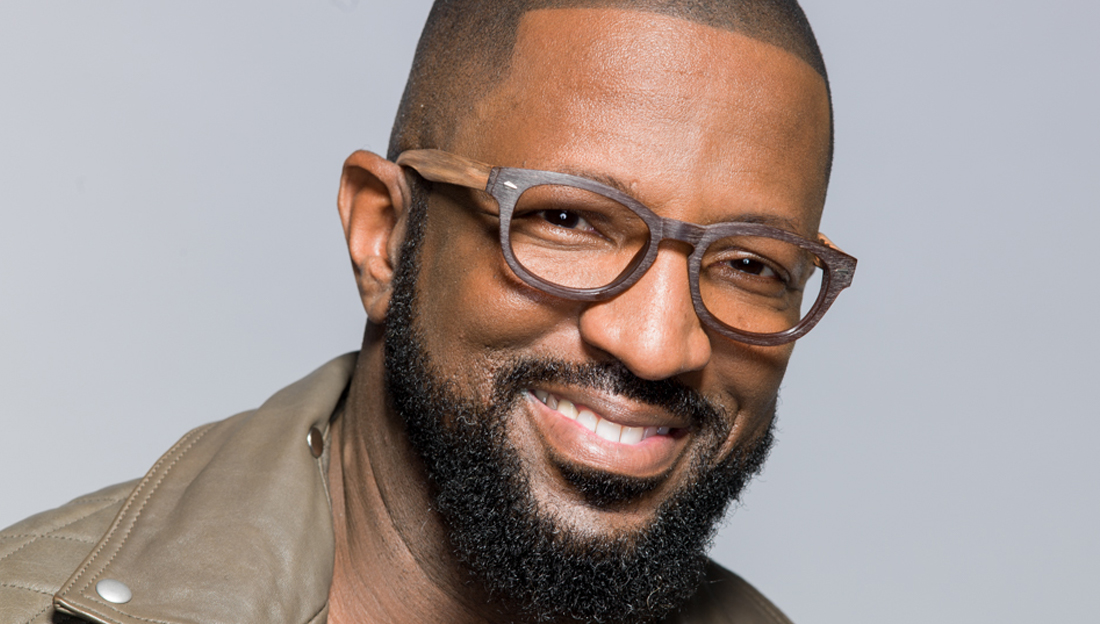 Rickey Smiley is an American stand-up comedian, actor, television host and radio personality. He is famous for his prank phone calls and has released six albums of prank calls. Smiley is the host of the nationally syndicated “Rickey Smiley Morning Show” which aired on Ht 107.9. Additionally, he has starred in American sitcom ‘The Rickey Smiley Show’ broadcast on TV One channel.

In 2000, he served as the host of Bet’s ‘Comic View’ program. He appeared in several shows like “Showtime at the Apollo,” HBO‘s “Def Comedy Jam,” “Snaps,” “The Nashville Network,” “Uptown Comedy Club,” and “Comic Escape.”

In 2004, he hosted the morning show for the radio station called KBFB in Dallas, Texas. Then the show features his prominent prank phone calls, news, information and the latest hip-hop music. In 2008, Rickey signed a deal with Syndicated One to take the ‘The Rickey Smiley Morning Show’ all over the nation.

In 2015, Rickey Smiley hosted an American reality television series “Ricker Smiley For Real” which premiered on 10 November 2015. The last season was premiered on 24 January 2017.

Smiley also released numerous songs. He published ‘Roll Tide’ featuring with his redneck character known as Buford and ‘We Miss Robert.’ Also, he has starred in the Ice Cube series as Santa Claus ‘Friday After Next.’

Besides, he also appeared in several movies and televison such as Rickey Smiley: Live From Atlanta, Baggage Claim as Calvin, First Sunday as Bernice Jenkins, Super Secret Movie Rules: Sports Underdogs, Dish Nation, and many others.

Moving on to his relationship, at present Ricker is single and not dating any lady in life. Rickey Smiley is divorced from his wife. However, he never disclosed any information relating to his wife, not even a name.  He is the father of the ten children. Rickey has two kids named, Brandin Smiley and Malik Smiley. He has adopted eight children.

Once in an interview, Smiley said that he is not looking to get involved in any relationship now. According to his birthdate, he is 55 years old and living happily with his kids and family.

In 2013, Rickey received a Vision Awards from NAMIC Vision Awards. In the same year, he was made the nominee of the same award ceremony.

There was a rumor that the comedian and actor might be dating his co-star Claudia Jourdan from his morning show ‘The Rickey Smiley Morning Show.’ Furthermore, he got into controversies after his youngest son; Malik made a controversial statement about black women. Later, he claimed that he would apologize soon. Also, some of his prank calls have sometimes offended people, so his show is controversial at times.

Rickey Smiley is born as Roderick Smiley on 10 August 1968 in Birmingham, Alabama, and grew up there. He attended in the Alabama State University and Tuskegee University but graduated only from the latter.

As of writing this article, Rickey Smiley is 55 years old. he has a proper height of 6 feet and his body weight is between 70kg-75kg. His hair is black and hair color is black.