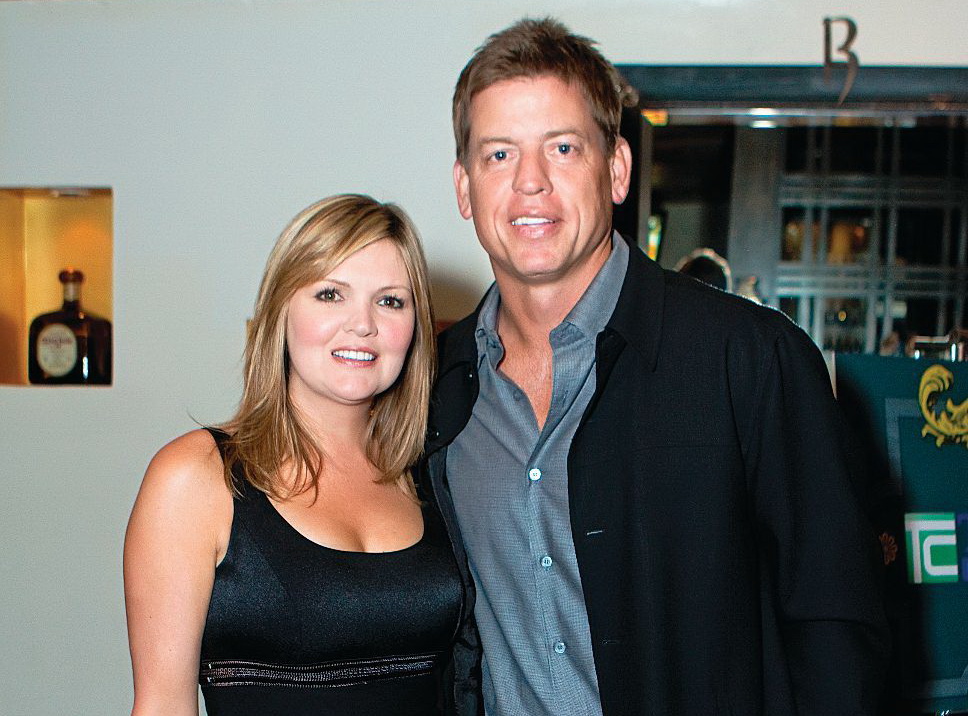 If marriage unites two souls, then divorce is one that breaks them apart.

Today we are talking about one of those celebrities who want to keep their life low-key. Rhonda Worthey is popularly known as the ex-wife of Troy Aikman. The couple was not together anymore but its the end of their life.

You have come this far reading about Rhonda Worthey’s life. Stay tuned with us to know about her.

Rhonda Worthey was married to her ex-husband, Troy Aikman who is a former American football quarterback for Dallas Cowboys in NFL. Rhonda and Troy exchanged the wedding vows on 8 April 2000. Their wedding was held in Plano, Texas.

The couple first met at Dallas Cowboys in1988 while she was working as a publicist. They had 18 months dating affairs prior to marriage. Rhonda and Troy have two daughters: Jordan Ashley Aikman, born on August 24, 2001), who plays high school lacrosse, and Alexa Marie Aikman, born on July 30, 2002.

However, their marriage didn’t work out and decided to separate. They ended their 11 years of a relationship. Rhonda and Troy announced that they separated in January 2011. The divorced became finalized in April 2011.

It was difficult both Worthey and Aikman but her ex-husband, Troy explained that their divorce would not other the commitment to his children. He said to media,

“This has been a difficult decision for Rhonda and me, but after ten years of marriage, we have decided to separate. We remain deeply committed to our children and respectfully ask that you honor our family’s privacy during this period of adjustment.”

Troy Aikman paid $1.75 million amount to Rhonda as child support. Now they both have moved on their life and living happily.

Rhonda Worthey has not involved herself in a serious relationship. But her ex-husband, Troy Aikman married for the time with fashion retailer Catherine ‘Capa’ Mooty on September 1, 2017, who is the ex-wife of lawyer Jerry Mooty.

Troy and Jerry married at the Biltmore Four Seasons in Montecito, California. His second wife has two sons from her previous marriage. Before that, Aikman and Mooty got engagement on June 2nd, 2017.

Even Aikman is married to Jerry, he has given all the time and support that his daughters require from their father.

The divorce was not the only tragedy she faced in her life. Back in 2012, Rhonda was charged and arrested for getting drunk in public.

According to TMZ, the police officers reported that they saw two water bottles that were filled with alcohol in her vehicle. She reportedly yelled to the cops as,

“Do you know what this is gonna do to him? Troy?”

Later Worthey was taken to Collin County Jail after appearing to be drunk near Plano Texas and her car towed to a pound. She released from the jail on that same day after paying $269 bond and pleaded no contest in exchange for 30 days probation.

Rhonda Worthey was born in 1970 in the United States. She is an American and is of white ethnicity. Information about her early life, family, and education are missing. If we find the details of her childhood and university then we will update as soon as possible.

Professionally, Rhonda is a publicist. She worked in the publicity department for ‘Dallas Cowboys’. Besides her work experience, there is not any further information available.

Rhonda is recognized as the first and ex-wife of renowned former football quarterback Troy Aikman. She has accumulated a huge sum of money after the divorce from Troy as a settlement. During her career, she earns good money as a publicist.

However, her ex-husband has a net worth of $25 million dollars. Furthermore, she has maintained her low profile and she only provided a few details of her to the public. Worthey is not active on any social media but you may follow her ex-husband social profile where you can see the pictures of her daughters.