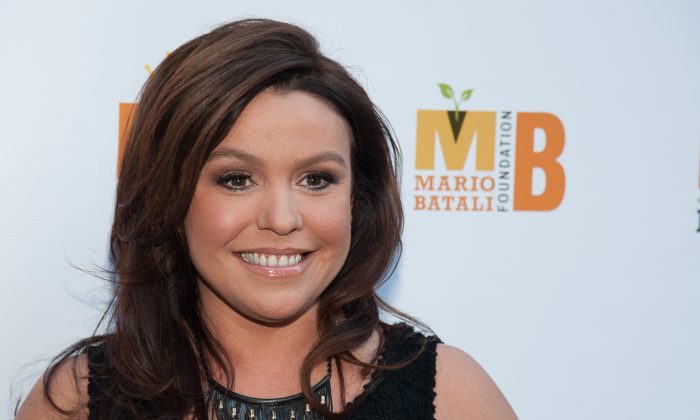 Rachael has earned a significant amount of net worth throughout her career. She received a huge amount of money from the television shows.

Television host, Ray earns annually $25 million. Back in 2016, her estimated net worth was $60 million. Besides, She made more wealth from brand endorsements and books.

Rachael Ray is selling her Southampton house for $4.9 million. The beautiful house located more than six acres the Tuckahoe hamlet of Southampton. The house was built in 1976 and covers about 3000 sq. ft. The home has three bedrooms, three ensuite bathrooms, and a big swimming pool. Rachael and her husband paid $2.6 million for the Southampton’s house in 2008.

Ray and Cusimano bought homes in Lake Luzerne, New York, and Manhattan’s Greenwich Village. There is no information regarding her cars collection. However, there is no doubt that she drives an exclusive car.

After moving to New York City in 1995, Rachael began working at Macy’s at the candy counter. She worked there around two years, and later she shifted to fresh foods department at Macy. After Macy, she went to ‘Agata & Valentina’ and worked there as a manager. After moving back to New York, she managed the Mister Brown’s Pub at The Sagamore.

After that, Ray became a buyer at Cowan & Lobel in Albany and later a chef. Rachael hosted the weekly cooking show ’30 Minute Meals’ on Food Network for 11 seasons from 2001 to 2012.

In 2005, Rachael signed a deal to host a syndicated daytime TV talk show. Racheal hosted her own show ‘The Rachael Show’ in 2006. The show is one of the top TV daytime show. During the show, she used catchphrases such as E-V-O-O (extra-virgin olive oil), “yum-o,” “G.B.” (garbage bowl), “Oh my gravy!” and so on.

In 2008, She hosted another show ‘Rachael’s Vacation’ on Food Channel. In the same year, she became a television executive producer of a short latin cooking show, ‘Viva Daisy.’ Rachael and fellow Guy Feri were the captains of the reality show “Rachael vs. Guy: Celebrity Cook-Off” which aired in January 2012.

Besides, Rachael posed for the men’s magazine FHM in 2003. On October 25, 2005, Rachael’s food and lifestyle magazine “Every Day with Rachael Ray” launched by the Readers’ Digest Association.

Apart from her hosting career, Ray is an author. She has authored numerous cookbooks including Comfort Food, Get Togethers, Rachael Ray 365, Everyone Is Italian on Sunday, and Cooking Rocks.

In 2012, Rachael Ray published a book titled “The Book of Burger” which especially about the burgers. The book is filled with more than 300 recipes for burgers, sliders, hot dogs, sandwiches, sauces and more.

Rachael Ray tied the knot with an American lawyer and singer, John Cusimano on September 24, 2005. Her husband is also a trained mixologist. The couple has been together for the last 13 years. Rachael and John married at Castello di Verona in Italy. The couple does not have any children yet.

The couple renewed their wedding vowed in October 2015 at Tuscan Castle, Itlay. Ray nicknamed Cusimano “Johnny Walker” because she loves him so much. In an interview with PEOPLE, Ray said their lasting love could be summed up in Charles Bernstein’s poem “All the Whiskey in Heaven” which she recited on her vows.

Her husband was linked up with multiple relationships in his past life. Prior to Ray, John was dating Ali Solomon but they broke up after 2 months and he dated Rachael.

Rachael Domenica ray was born on August 25, 1968, in Glens Falls, New York. Rachael is the daughter of Elsa Providenza Scuderi and James Claude Ray. Her father’s ancestry is French, Scottish, and Welsh and her mother is Italian.\

She spent her early childhood in Lake Gorge, New York. Racheal loves to cook food since childhood. Her family has own restaurant business in New York and Lake Gorge