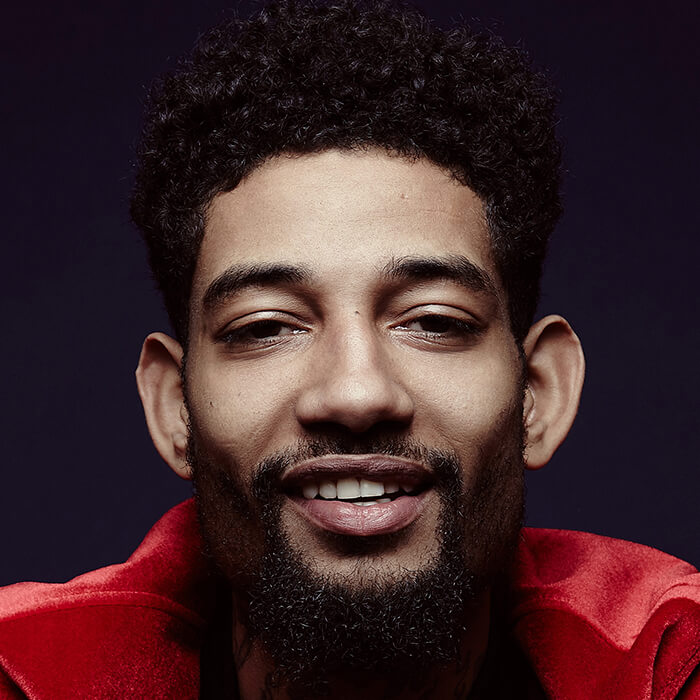 Rakim Hasheen Allen better known as his stage name PnB Rock, is an American rapper, singer, and songwriter. He is best-known for his tracks “Selfish” and “Gang Up.” His mixtape album includes Money, Hoes & Flows, Real N*gga Bangaz, and GTTM: Goim Thru the Motions. In 2017, he was titled “XXL Fresher Man Class.”

Rapper and Singer PnB Rock estimated net worth is $5 million.

Most of his wealth has generated from a music career. He made a significant amount of money from his album sales.  Besides, he performed in various concerts and performances which help him add extra income on his net worth.

PnB Rock mainly sings in the Hip Hop genre and is one of the most influential artists in the industry.

Apart from that, he earned additional money from his online clothing brands such as New Lane, KOHNUH MUSIC where he sells a t-shirt, jacket, hoodie and the other items.

However, there is no information regarding his house and cars.

PnB Rock grew up listening to rapper 2Pac and R&B group Jodeci. He was inspired by his uncle Moe to pursue his music. In June 2014, he released his first mixtape, ‘Real N*gga Bangaz.’ He wrote the mixtape while he was in prison. Later Atlantic records signed him in 2015 and he released his first records with Atlantic titled ‘RnB2’ and ‘RnB3.’

In 2016, PnB Rock and Fetty Wrap released a collaborative mixtape, “Money, hoes & Flow.” The Mixtape has complete 13 tracks songs. It featured songs like Addicted, Just Wann Come Back, On & On, and Things You Like.

In the same year, he released his single “Selfish” by Atlantic Records from his mixtape GTTM: Goin Thru the Motions and produced by Needlz and Donut. The song peaked at number 51 on the US Billboard Hot 100 and US Hot R&B/Hip-Hop Songs at number 21. The single was certified platinum by RIAA and sold over 1 million units in the US.

In October 2016, he was honored by ‘Rolling Stone’ magazine. Rock was included on the magazines “10 New Artists You Need to Know.”

In 2017, Rock collaborated with rappers Young Thug, 2 Chainz and Wiz Khalifa on the single. He also featured on “Horses” with Kodak Black and A Boogie wit da Hoddie.  In the same year, in June, he was named “2017 Freshman Class” by XXL.

In late 2017, he released his studio album “Catch These Vibes” featuring  Wiz Khalifa, Juicy J, Roy Woods and Smokepurpp, among others.  Two singles precede it; “Feelings” and “Issues” featuring Russ released on July 17 and October 27, 2017. The album featured 18 tracks. The album debuted at number 66 on Canadian Albums and US Billboard 200 at number 17.

NOWADAYS OUT RITE NOW !!! S/o to @einerbankz for pullin Up and helping me tell my story ??? #TSTPS

I got a daughter named Milan & she come first ❤️ https://t.co/rJ9k9Yf9GT

You won’t believe how she talks to PnB Rock, see the below video.

In March 2018, Philly rapper was arrested along with four men Indiana University, Pennsylvania around 11:30 pm. Police said they arrested, 26 years old, Allen and four other men in the car after finding three large bags of marijuana in it.

Rakim Hasheem Allen was born on December 9, 1991, in the Germantown, Philadelphia, Pennsylvania. His mother raised him. Having four children, it is very difficult for the family to live a normal life.

In order to earn a living, his father involved in illegal activities. When he was three years old; his father was murdered.

In his teen years, he lived in Northeast Philadelphia. He had three siblings including on autism and grew up with them. His on brother died in a gang feud, some years ago. He grew up listening to rapper 2Pac and R&B group Jodeci.

Talking about his education, he never finished his school. He was very weak students and score poor grades. At that time, his uncle is taking care of the family, but he died in a gang war. Rakin has a very rough childhood.

At the age of 13, he was sent to a youth detention program for committing robberies and fighting in the school. When he was 19 years old, he was sentenced to the jail for 33 months for drug possession and other crimes. After he released from the prison, he became homeless for a short period.

While he was in the jail, he started writing songs.