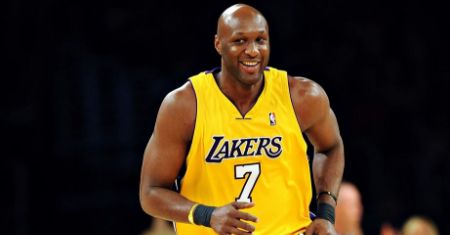 Lamar Odom is a famous retired basketball player who is best known for his two-time consecutive championship with the Los Angeles Lakers. He rose to mass notoriety after being married to the hot American TV personality, Khloe Kardashian.

He has been in the headlines for multiple times because of his dating rumors and excessive drug abuse. Apart from being a famous basketball player, Lamar is also a television star and movie star.

Here, we will explore concerning details on Lamar Odom about his child and wife as well as his career, read the following article.

Lamar Odom is a famous NBA player who is now a retired professional basketball player from the United States. He is mainly known for his contribution at the Los Angeles Lakers in the NBA (National Basketball Association).

Odom is the two-time NBA Champion with the LOS Angeles Lakers during his prime time in the year of 2009 and 2010.

Lamar was born as Lamar Joseph Odom on November 6, 1979, in Jamaica, New York. Odom is an American by nationality and belongs to the ethnicity of African-American.

The name of his parents is Joe Odom and Cathy Mercer. Lamar’s dad was a frequent heroin user while his mother passed away from colon cancer when Lamar was twelve years old. Since then his childhood was spent with his maternal grandmother named by Mildred Mercer.

Highlighting his educational history, Lamar went to Christ The King Regional High School, which was located in Middle Village, Queens. Then he moved to Redemption Christian Academy at Troy, New York.

Subsequently, he enrolled at St. Thomas Aquinas High School in New Britain, Connecticut. Afterward, for his further studies, he went to the University of Rhode Island, where he played college basketball.

In the year of the 2003-2004 season, he was traded to Miami Heat. Afterward, Lamar was purchased in a package deal with Caron Butler and Brian Grant to the Los Angeles Lakers in the year of 2004. He has even played in the 20i04 Summer Olympics in Athens for the US national team.

Lamar Odom won the back to back NBA championship in 2009 and 2010 with Los Angeles Lakers. He was also awarded the NBA’s sixth man of the year in 2011.

Odom was then traded to the Dallas Mavericks on December 11, 2011. He retreated to the LA Clippers during the 2012-2013 season. Furthermore, he made a contract agreement with Laboral Kutxa Baskonia of the Spanish League on a two-month deal.

After a month, he went back to the US because of his back injury. In the year of April 2014, he joined New York Knicks for the extra in the 2013-2014 season. With a splendid career in the NBA, Lamar then officially got retired from professional basketball in July 2014.

From his aspiring career as a professional basketball player, Lamar Odom has accumulated a hefty net worth amounting $30 million. During his time at the NBA, he used to earn an annual salary of 8.2 million dollars.

Giving an insight into Lamar Odom’s love life, he is single at the moment. Odom has been married and divorced once in his life.

Previously, Lamar was married to popular TV personality, Khloe Kardashian. The couple was together for nearly seven years from the beginning of 2009 to 9 December 2016.

Together from their marriage, they had two sons named by Jayden Odom (died from infant death syndrome) and Lamar Odom Jr.

Before this relationship of Odom, he was in a long-term relationship with his fiancee Liza Morales, an American fashion designer. Their dating life started around the early 1990s. The pair were also blessed with a daughter named by Destiny Odom who was born in 1998.

At present, Lamar is believed to be single.

He used to be frequently in rumors regarding his relationship affairs, and now he is far away from those allegations. Lamar has even admitted that he used to take marijuana amid his professional basketball career.

Also, Lamar has been criticized for using a high dose of cocaine and other drugs as well.

Moving towards Lamar Odom’s body measurement, he stands tall at the height of 6 feet 10 inches or 2.08 m. Lamar has a body mass weighing approximately 104kg.

The color of Lamar Odom’s hair is black and has a pair of black eyes. Lamar Odom has a tall figure with 49 inches of chest size, his bicep size is 17 inches, and his waist size is of 40 inches.