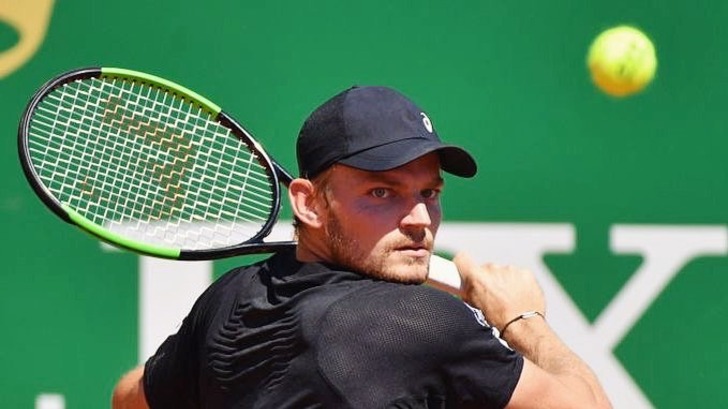 Today in this article we are going to talk about the 2019 Wimbledon quarterfinalist David Goffin. Over the career, David Goffin had played against the players like Roger Federer and defeated several higher-ranked players such as Dominic Thiem, John Isner, Reilly Opelka, Radek Štěpánek, Ivo Karlović and many more.

Currently, he is the number ranked player in the Belgian and ranked world No. 7 by ATP. Here we have collected the information about David Goffin, keep scrolling down to know more about him!

But before directly entering to his biography, let’s know some quick facts.

Belgian tennis player David Goffin was born on December 7, 1990, in Liege, Belgium, to Michel Goffin & Francoise Goffin and his birth sign is Sagittarius. David has a brother name, Simon Goffin. His father is a tennis coach at the Barchon Club in Liege.

David began playing tennis at age six. Goffin remains cryptic about his personal life as long as he has not talked about his early life, parents, and education on the camera.

David Goffin has played numerous match over the years. In July 2008, Goffin ranked Junior World No. 10 and took part in the junior of Wimbledon the same year. In 2009 season, he played at the Futures and Challenger tournaments.

After qualifying for Todi, Goffin won four consecutive matches and eventually defeating Simon Gruel (ranked 84) and reached straight to the semifinal. Goffin on his first match at 2011 Chennai Open, beating India’s No.1 Somdev Devvarman but lost to Stanislas Wawrinka.

David reached the ATP quarterfinal at 2012 Chennai Open for the first time defeating top 50  Xavier Malisse and Andreas Beck. He started the season making his debut at 2013 Brisbane International where he defeated wildcard Matthew Ebden.

At the French Open, Goffin was beaten by world No. 1 Novak Djokovic. Goffin’s performance, as well as Djokovic’s labored efforts in defeating him, were the subject of brief attention to the quality of Goffin’s playing.

In the 2014 season, David reached the fourth round where five-times champion Roger Federer defeated him in four sets, ranking world No. 22.

Goffin made it through to the quarterfinals of the 2016 French Open and 2017 Australian Open, beating Dominic Thiem and Grigor Dimitrov. Then at the 2017 ATP World Tour Finals, Goffin victories over Dominic Thiem, world No. 1 Rafael Nadal and world No. 2 Roger Federer en route to the final where he lost to Grigor Dimitrov.

David Goffin Net Worth and Salary

Professional tennis player David Goffin has a net worth of $15 million. Most of the income comes from his tennis career and endorsements. He earned $11,764,512 in prize money.

Goffin is sponsored by Wilson and Asics for his clothing and footwear. The tennis player uses the Wilson Blade 98 18×20 Countervail racquet.

Talking about David Goffin, neither single nor married. He is in a relationship with longtime girlfriend Stephanie Tuccitto. They have been together for the past seven years, but there is no sign of getting married yet.

In an interview, his girlfriend stated that she is in a classic love and wants to get married and have children. She continued, they have bought six dogs before moving to Monaco and parents them.

David doesn’t shy to flaunt his love on the social media to Stephanie and even went on the vacation and spent some quality time together. His girlfriend is very supportive of his career and also attended his match.