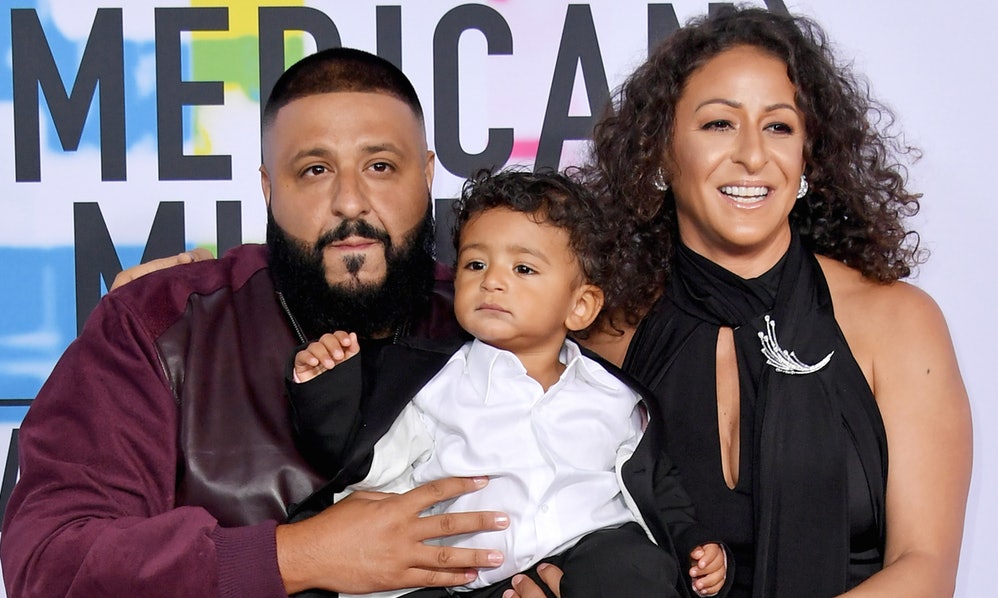 Nicole Tuck is an American businesswoman and manager, and currently, she is working as an unofficial manager on her fiance’s DJ Khaled record label. Nicole Tuck and DJ Khaled have been together for a quite long time, and they have a son named Asadh Tuck Khaled who was born in 2016.

Nicole Tuck was born on 7 December 1975 in New York, USA into a wealthy family of entrepreneurs. Nicole is of Palestinian and African-American origin. She grew up with her two siblings. Her mother name is Pauline Vitale. She pursued her bachelor degree in Fine Arts from Marymount Manhattan College and a masters education from Marymount Manhattan College and obtained her master degree in Bussiness Administration from Fordham University.

After she completed her master’s education, in 2010 she opened her own clothing line named “ABU Apparel” where ABU means “Always Be You.” She started her business with a motto of providing Post-modern Sweater. These garments are mainly focused on fashion buffs and regular movers. Nicole is a businesswoman and entrepreneurs. Slowly, her business started growing and subsequently raked in profits which she hires DJ Khaled as one of the brand ambassadors.

But the business didn’t last long. Abu Apparel later went into loss and Nicole gut down her business.

After, she began working with her fiance, DJ Khaled as his unofficial manager and representative. Currently, she works as his manager as well as she takes care of their son.

Nicole Tuck is not married yet. Nicole met Khaled at an event before Khaled had entered into the music industry. She is always by his side and supports him. The couple has been together for 11 years. Khaled said that she has promised to marry his queen, Nicole.

Nicole and DJ Khaled had faced controversy in 2013 when he proposed to Nicki Minaj on MTV. This news shocked everybody. However, Tuck supported her fiance even in odd controversy.

“Nobody in my real life took it seriously. Everybody just hit me like, ‘LOL. Yo, Khaled is crazy.’ Khaled is my brother and Khaled was not serious with that damn proposal, ya’ll,” she said. “Please let it go. He was kidding. He’s not attracted to me; he doesn’t like me. We’re brother and sister.“

Later the incident was laughed off by both Tuck and Nick Minaj and confirmed that it was just a prank. After that, he dropped a new song “I Wanna Be With You” featuring Nicki Minaj, Future, Rick Boss and cleared things up.

Nicole and Khaled’s relationship never faded and only got stronger with the time. Nicole Tuck secretly got engaged to DJ Khaled. The couple announced their pregnancy in May 2016.

Dj Khaled shared that he was very happy and he shared his feelings for having more children after this. He Said”

Tuck and DJ Khaled welcomed their first child, a baby boy, on 23 October 2016. The duo named their son, Asahd which means Lion in Arabic. Producer and recording artist Khaled live on Snapchat that their son was on his way.

In June 2016, Dj Khaled told that he wanted to Snapchat his son’s whole birth. He also asked by one of his fans that what Tuck thought about it. He responded:

“The key is that I’m the king and every queen should support the king. I’m going to talk to the doctor and if the doctor says everything is gonna run smooth, meaning that we wanna make sure that the queen is right and my son is right. If it’s running smooth where I can just do my thing, I’mma Snapchat the whole thing.”

Dj Khaled kept his word and went live on Snapchat. He updated from her contradiction to the delivery of the baby. According to PEOPLE, Asahd Tuck Khaled was born at 2:05 am on Sunday and weighed in at 7 lbs., 14 oz. and measured 21.5 inches long.

Now, Asahd is one year nine month old. Nicole Tuck has posted photos and videos of their son on her Instagram.

Nicole Tuck Proved To Be Right Women For DJ Khaled

Nicole Tuck is living happily with her fiance and kid. She was glad to be with him. The couple has always been supportive through ups and downs in their life. The couple has a stable bond between them.

Although the couple is not married and there is no rumor of having an extramarital affair and divorce. It seems the couple will soon tie the knot.

The Family Posed Together at the BET Awards

DJ Khaled attended last year’s Bet Awards with his son, Asahd, and his fiancé, Nicole Tuck. The couple isn’t the only stars who brought their kids but the stars Jamie Foxx, Chris Brown, and Beyonce all brought their kids too. At the event, Asahd sported an adorable baby blue suit made by Gucci.

By profession, she is a businesswoman and a fashion designer. Though, Nicole actual salary and net worth are not revealed yet. But the pair live in the house worth millions.

Nicole along with her fiancé, DJ Khaled, she has an estimated net worth of $20 million.

Nicole Tuck is a mother of a son. She has 22.8k fans followers on her Instagram page. On her Instagram account, she posted pictures and videos of her son and fiance. She also posted a picture of her father too. Apart from that, her son, Asahd also active on Instagram and his username is asahdkhaled and has 1.9 million followers.

Happy Father's Day to the very best father in this world!! #oneofakind I love u!! Xoxo ?

As her birthdate, Nicole Tuck is 43 years old. She has a height of 5 feet 7 inches with a body weight around 60kg. Tuck wears shoes of size 7. Her hair color is black and has brown eyes. Some sources mentioned her body measurement to be 35-29-36 inches.