Nicole Threatt – Dr Dre’s Wife | Know Everything about her 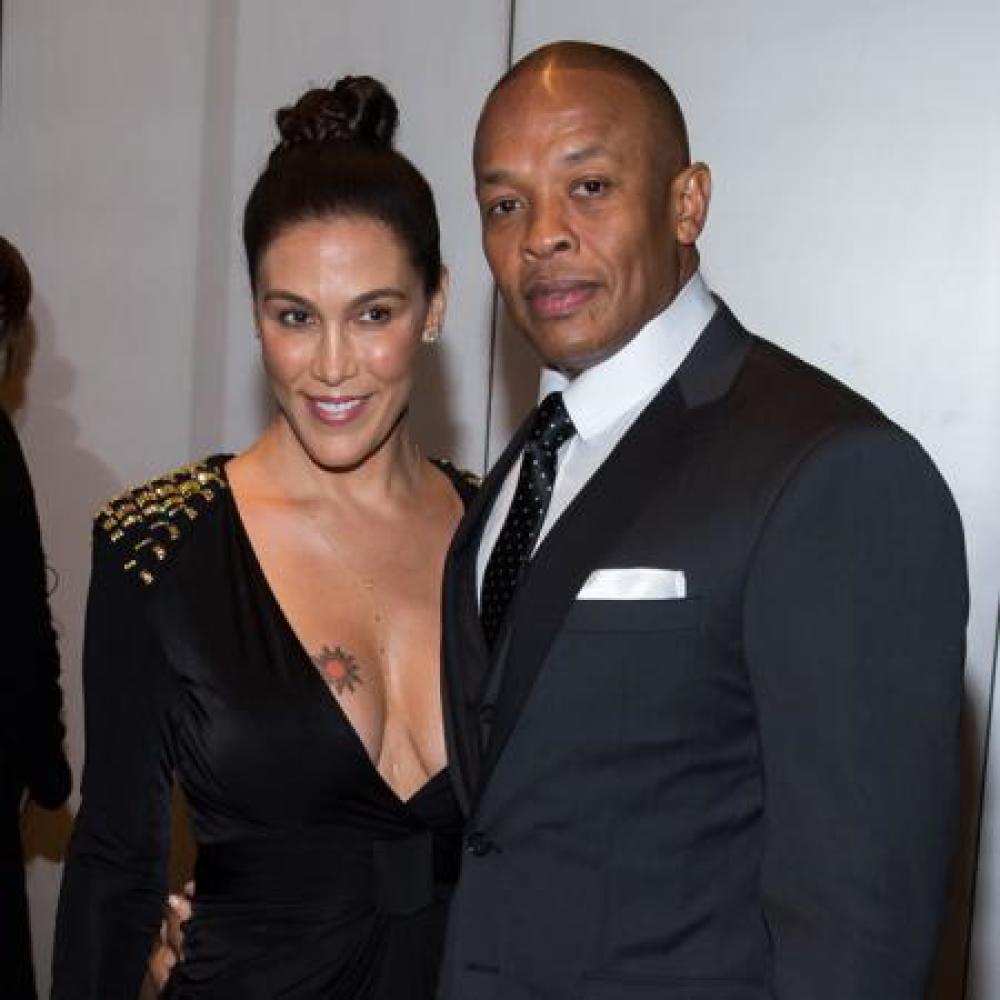 Not being a celebrity, Nicole Threatt became famous as a wife of the NWA rapper and record producer, Dr. Dre. Nicole Threatt is a lady who managed all privacy about her life. Nicole and Dr. Dre have been together for over twenty years now. With frequent divorces and break up in the Hollywood world this couple has maintained a fantastic chemistry in their love life.

Nicole Threatt was born as Nicole Kendra Plotzker on 1st January 1970 in the United States of America and was raised in the glamour industry. Her childhood life and parent’s information is still secret and hasn’t public yet. Nicole Threatt Young holds an American nationality and belongs to white ethnicity.

Threatt is not her real surname; she got the surname from her previous marriage to the famous NBA Sedale Threatt. Nicole first came into limelight when she married to the former basketball player Sedale. Nicole got married to Sedale Threatt in 1992, and after three years they got divorced. Due to many complications and misunderstanding, the duo decided to end their married life.

When Nicole met Dr. Dre, she was still in a married relationship with her ex-husband Sedale Threatt.

Now she is called as Nicole Young. Her husband Dr. Dre real’s name is Andre Romelle Young. Nicole met Dr. Cre in 1995, and soon the love chemistry took off between them. Just after four months of dating to each other; the couple exchanged their wedding vow in May 1996. Nicole is seven years younger than her husband, Dr. Dre.

The reason for the separation between Nicole Threatt and Sedale Threatt

The reason behind the split of Nicole Threatt and Sedale Threatt was the love letter written by Dr. Dre to Nicole. Dr. Dre asks Nicole to leave her husband in the letter.

The letter starts, “Hopefully you doing well and you realized you need to quit fucking with Sedale and come home to your doctor. I will take care of you baby girl.”

Here is the love letter from Dr. Dre to Nicole:

Nicole Threatt studied Law and even had a career as an attorney. However, Nicole Young stopped practicing law after she married to Dr. Dre. Now she is seen as a celebrity wife and a housewife who is busy with her children.

Everyone knows the Winner of Six times Grammy Awards including Producer of the Year. Andre Romelle AKA Dr. Dre is the well-known an American rapper, record producer, and entrepreneur. Also, he is the founder and CEO of Aftermath Entertainment and Beats Electronics and previous co-owner of Death Row Records.

He has produced several music albums of many singers including Eminem, Snoop Dogg, 2Pac many others artist.

Dr. Dre called Nicole his ‘Lucky Lady’ because since they have been together, Dre’s musical journey has hugely risen. The couple has a strong bond together.

Nicole isn’t the first wife of Dr. Dre. Dr. Dre is previously married to singer Michele Toussaint who frequently contributed vocals to Ruthless Records and Death Row Records albums.  Recently she released her autobiography in which she accused Dr. Dre of being threatening, abusing physically her while they were dating and married. Together they have a son, Marcel.

Dr. Dre was in a relationship with many women. He has had four sons and two daughters from five different women including Nicole.

Nicole is also a step-mother of Dr. Dre’s children namely Marcel Young, La Tanya Danielle Young, Curtis Young, and Andre Young Jr. who died in 1990 at the age of 20; from an overdose of heroin and morphine.

The pair is blessed with two beautiful children a son, Truice Young born in 1997 and a daughter, Truly Young born in 2001. Now Truice is 21 and Truly is 17 years old.

Nicole is also a step-mother of Dr. Dre’s children namely Marcel Young, La Tanya Danielle Young, Curtis Young, and Andre Young Jr. who died in 1990 at the age of 20; from an overdose of heroin and morphine.

Nicole hasn’t any affairs with other guys after she married to Dr. Dre. But the rapper supposedly has an affair with a model named Kili Anderson. Dr. Dre rumors that he cheated on his wife Nicole with a voluptuous video vixen. Dr. Dre’s team is taking action to make sure the rumors don’t take more attention. The lawyers of Dr. Dre asked to remove his images with Kili from the blog because Dr. Dre didn’t want to ruin his marriage life.

Furthermore, Kili Anderson has also appeared in small parts on TV shows such as HBO’s Entourage, FOX’s The OC, and TheWB’s One-on-One.

Is Nicole Threat is Lesbian?

Nicole Threatt is not a Lesbian. She is married to Dr. Dre since over two decades and living a happy life with her kids and husband.

Nicole is 48 years old now but she still looks fabulous. She maintained her tempting figure with works out and balanced diet.  Her height is 5 feet 5 inches.

She is very conscious regarding her beauty and figure. Most of her free time is spent with children and Dr. Dre.

Net worth of Nicole Threath and salary hasn’t revealed to the public. Nicole’s husband estimated net value of around $800 million. Nicole and Dr. Dre are living in 10,000 sq foot mansion in Los Angeles’s Sunset Trip. The mansion price is approximately $15.4 million.

However, Nicole is living lavished lifestyle with her husband and children.