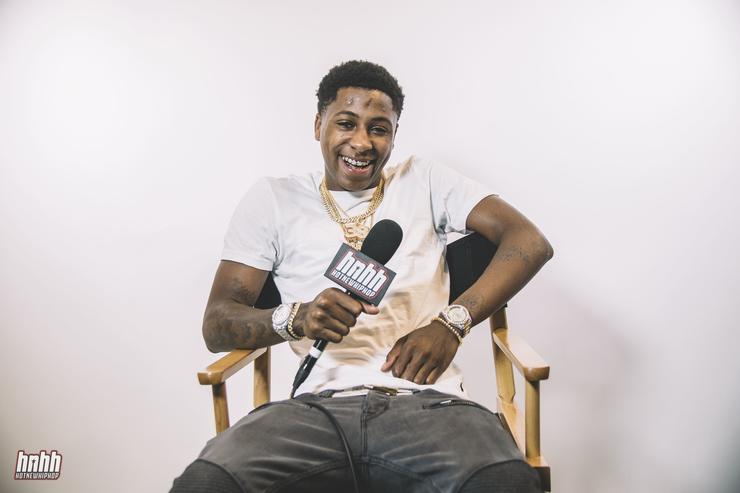 NBA YoungBoy aka YoungBoy Never Broke Again is an American rapper who is best known for his song “Outside Today“. It is ranked at 31st on the Billboard Hot 100.  The music video was viewed by 101 million times on YouTube. He is also popular for owning a tiger as a pet.

NBA YoungBoy Net Worth and Career

NBA Youngboy aka YoungBoy Never Broke Again is a young American singer and rapper. He is estimated to have a net worth of $1 million as of 2018.

YoungBoy got into the music industry in 2014 and released his first mixtape, Life Before Fame. Before he was famous, he produced music with a microphone he brought from the Walmart at the age of 14. The same year he released his mixtape, Mind of Menace versions. Then YoungBoy quickly rose to the fame after releasing ’38 Baby’  in 2016 featured with Baton Rouge native, Lil Snupe, Boosie Badazz and Kevin Gates.

NBA YoungBoy was prisoned in the jail on suspicions of attempted murder in connection with an alleged dive-by-shooting. While he was in prison in East Baton Rouge Parish, Louisiana, he released several albums such as ‘Win or Lose,’ ‘Don’t Matter,’ and ‘Too Much.’ In 2018, YoungBoy released the singles “Outside today” which was the most prominent hits songs ever.

NBA YoungBoy aka YoungBoy Never Broke Again real name is Kentrell Gaulden, born on October 20, 1999, in Baton Rouge, Louisiana. His father was sent to prison for 55 years and he was raised by his grandmother.

“It was hard but fun,” said the rapper about his childhood. At the age of 4, Kentrell Gaulden broke his neck. He has three deep scars still mark in his forehead. YoungBoy dropped out of school while he was studying in nine grade. Gaulden explained that he got a lousy grade and had to focus on his music career. That’s why he left the school.

Below the video, he explains why he dropped out of High School at 9th Grade

NBA YoungBoy got arrested for the first time in the charge of robbery and was sent to a detention center in Tallulah, Louisiana. That is the moment he started writing lyrics. Six months later after getting released from detention, he found his grandmother died of heart attack.

In November 2016, he was again arrested by U.S. Air Marshals for attempted first-degree murder. He stayed in jail for nine months from December 2016 to  August 2017. While there, he claims to have been writing raps every two days and released songs.

After that, he changed his name from NBA YoungBoy to YoungBoy Never broke again to avoid future legal troubles with the National Basketball Association.

He also gave an interview to XXL behind the bars and expressed that he was pretty much staying out of the problems. He shared, he is an introvert. He added “I don’t really talk that much. I just watch and observe. I don’t really trust nobody. I’m cool with some of the cool dude. I just be cooling”.

In August 2017, his sentence for ten years in jail was suspended and put on for three years in active supervised probation.

Later, in February 25 2018, YoungBoy was arrested in Tallahassee. This time in the charge of allegedly committing assault, weapons violations, and kidnapping. On March 15, 2018, Kentrell got out from jail on $75,000 bail.

NBA YoungBoy, 18 years old, has four children from three different women within two years. His four children are; Kayden, Kamron, Taylin, and Kamiri. He already had three kids when he was 17.

Recently, Gaulden is in a relationship with his girlfriend, Jania. Jania is a social media influencer and model, also known for fashion, selfies, and lifestyle. Jania was photographed at XXL magazine’s Freshmen class of 2018.

NBA YoungBoy was caught on camera body slamming his GF couple of hours before he was arrested in Florida.

According to TMZ, the surveillance footage has clearly shown what the YoungBoy did to his girlfriend, Jania. YoungBoy was seen throwing his girlfriend on the floor of a hotel hallway in Way cross, Georgia.

NBA YounBoy has two pets, dog and a baby tiger. He has also shared a video of his pets on Instagram.

#NBAYoungboy shows off his pet tiger