Home » Biography » Natalia Barulich: Everything You Need To Know About Maluma’s Girlfriend 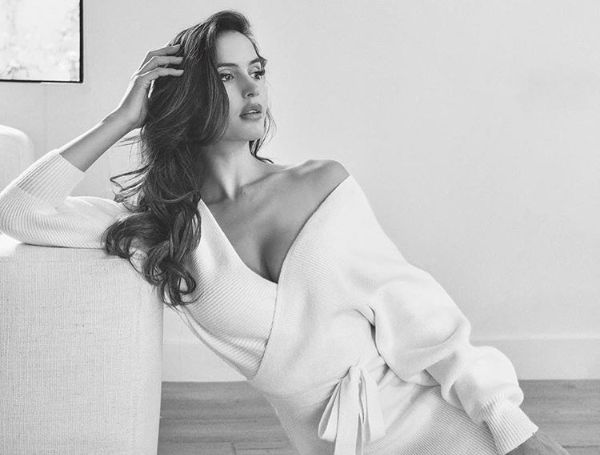 Modeling is not just beauty, smile, and being pretty it takes boldness and style as well.

Natalia Barulich is a model and DJ. She has walked down on the runway for many fashions designers and also, worked with many top magazines.

Besides, her profession, Natalia is popularly known as the girlfriend of Maluma, famous Columbian singer. In the earlier year, in an interview with Al Rojo Vivo, Maluma confirmed their dating rumors and has been together almost two years from now.

Now, many people want to know more about Maluma’s girlfriend wiki, age, income, occupation, and so on.

Natalia Barulich is in a relationship with Columbian rapper and songwriter Maluma. The 27-year-old model first met on the set of Felices Los 4 music video. After that, the two became a good friend and soon their friendship turned into a relationship.

Initially, Natalia Barulich kept their relationship under the wraps and many of their fans weren’t happy about it once they got to wind it. On February 14, 2019, Natalia and Maluma were spotted eating popcorn, taking selfies and kissing during an NBA game at Madison Square Garden.

The couple insanely in love with each other and didn’t care who was looking at them. Then on March 5, 2019, both Natalia and Maluma stepped out together for the ASCAP Latin Music Awards in Puerto Rico at the El San Juan hotel.

The duo even inked the matching tattoos on their skin. In their spare time, they like to spend quality time with each other.

Now, the question is, has Natalia ever thought of getting married?

As of now, Neither the Columbian singer nor the supermodel gushed anything about the plan of marriage. As per sources, the singer said, lots of relationships end when the lover get married. So, he never wants to happen the same in his life. He loved to get married but prefer to have an honest and real love that doesn’t depend on a ring to connect to people.

Further, he added, he wants to get married, have children but not yet. Right now, the pair focused on their career and prepared themselves before taking their relationship into the next level.

Natalia and Maluma are the proud parents of their dog named Juliet. Natalia even shares the pictures of their dog on her Instagram.

Standing tall at 5 feet 7 inches, Barulich competed in the Miss California USA pageant in 2012. Furthermore, she appeared on the cover of many magazines and editorials including Maxim, Esquire, Cosmopolitan and L’Officiel.

Besides, Barulich worked for clothing and electronic brands like Nike, Apple, Bentley, Samsung and more. She travels in many countries such as Australia, New York, Miami for her works.

Sophia Grace Brownlee: Age, Girl In The Mirror, Height, Songs, Why U Mad

Aside from modeling, Natalia is a part of DJ duo called Atmsphre. Along with her friend, Esther Anaya, she performed in different cities like Las Vegas, Paris, Amsterdam, and New York. They even have a YouTube Channel which has a huge number of subscribers.

The supermodel earns a significant amount of money through her modeling career and extra wealth from the endorsement deals and photoshoots. Natalia has an estimated net worth of $600,000.

In contrast, her boyfriend Maluma has a net worth of $12 million which he earns from his music sales, tours, and live performance.

Natalia Barulich was born on 13 January 1992 to Cuban and Croatian parents in California, USA, making her age 27. At present, she resides in New York.

Since an early age, she is quite passionate about music and grew up singing, acting and dancing in musical theater. The model has not disclosed information about her parents and educational background.

Additionally, Barulich active on the photo-sharing app and shares her picture of her modeling assignments too. Moreover, you will find numerous pictures of her with her handsome boyfriend, Maluma.