Everything you need to know about celebrity chef Myron Mixon can be found here. Where is he from? What are his barbecue grills, rubs and sauces? Net Worth?

Dubbed as the “Winningest Man in Barbecue”, celebrity chef Myron Mixon isn’t just a champ in barbecue, he seems to be winning in life too. This four-time world barbecue champion has over 200 grand championships under his belt, has written 4 cookbooks, has 3 restaurants, runs a popular barbecue cooking school and has a range of popular grills and cooking sauces and rubs. But wait, there’s more! He is also currently serving as the city mayor of his hometown, Unadilla in Georgia. Read on and you’ll see that there’s no stopping Myron Mixon when he’s fired up and cooking.

HOW DOES MYRON MIXON EARN INCOME?

Myron Mixon is called the ‘Winningest Man’ and its quite apparent that he isn’t just winning in barbecue, he’s winning in career as well. As if being a four-time barbecue world champion and winner of over 200 grand championships are not enough, Myron also seems to be a savvy businessman, selling his own brand of barbecue grills, rubs, pellets, sauces and apparel. But wait there’s more – he also has a barbecue cooking school that he holds in his home in Unadilla, Georgia. He is also author of 4 cookbooks, one of which was a foreword written by the queen of southern baking and cooking herself, Paula Deen. On top of all this, he has three restaurants, one in Georgia, the other in Chicago, and the other in Virginia. And lastly, he is the current serving Mayor of Unadilla.

It’s not surprising to see that Myron’s estimated net worth last year is estimated to be $1-5 Million. Very much like his cooking method and barbecue grills, there’s no stopping Myron Mixon when he’s fired up and hard at work.

WHERE IS MYRON MIXON FROM?

A southerner through and through, Myron was born and raised in Vienna, Georgia. He currently resides in Unadilla, Georgia where he is presently the city Mayor.

WHERE DOES MYRON MIXON LIVE?

Myron Mixon is a Georgia native. He was born in Vienna, Georgia and currently calls Unadilla, Georgia (population: 3,589 in 2018) his home. He is also currently the mayor of Unadilla. Unadilla is a city in Dooly County, where Myron Mixon’s wife Faye is the Tax Commissioner. 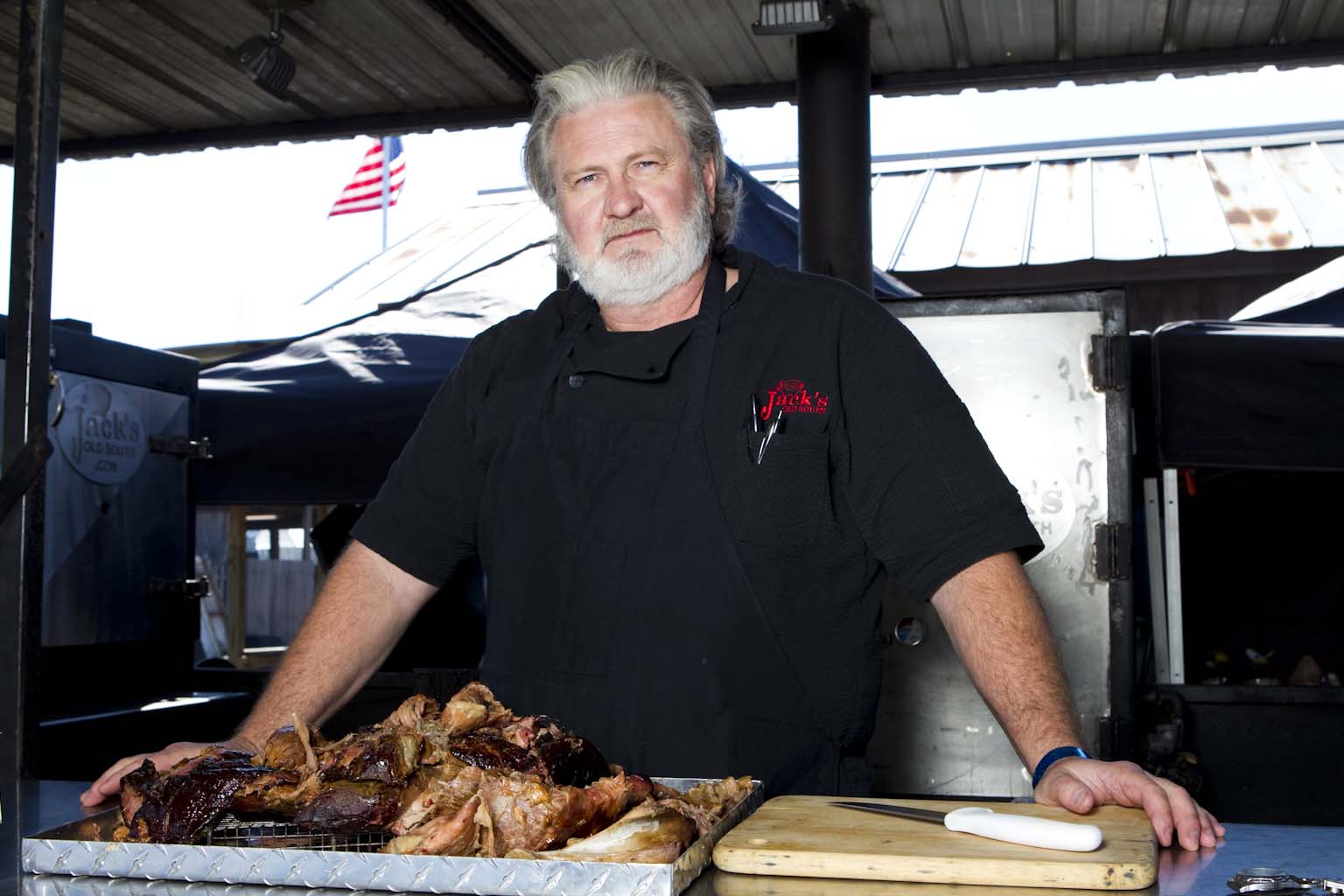 MYRON MIXON INFLUENCES / HOW DID HE GET STARTED IN BARBECUE?

For Myron Mixon, barbecue runs in the blood. His parents, Jack and Gaye Mixon, created a barbecue sauce and Myron originally took up competitive barbecuing in order to promote his family’s barbecue sauce.

It was his father, Jack who taught him how to barbecue. Myron learned how to barbecue the old fashioned, traditional way, the “low and slow” technique, where meat is cooked at a low temperature (about 225 degrees) for hours. Myron tells a Chicago Tribune interview, “That’s the way it’s originally done. That’s how I grew up cooking and my dad did it that way ‘till the day he died.”

Myron has named his restaurant / Barbecue company after his dad, calling it Jack’s Old South.

Myron Mixon is married to Faye Mixon. It has not been disclosed how long they have been married but we can estimate that they’ve been together for a long time as all their children seem to be in their late 20’s – 30’s. Faye appears to be involved in public servant duties and in February of 2020, Myron Mixon posted a message on his Facebook page seeking support from Dooly County (Georgia) to re-elect his wife Faye as Tax Commissioner. The Dooly County website currently lists Faye Mixon as its Tax Commissioner, with her current term expiring on the 31st of December 2020.

Myron Mixon has four children with Faye: Kylie, Michael, David and Cory. Michael Mixon seems to be following his father’s footsteps. He calls himself a ‘Fourth-Generation BBQ Pitmaster’ and is a Food Network TV Host / Personality. 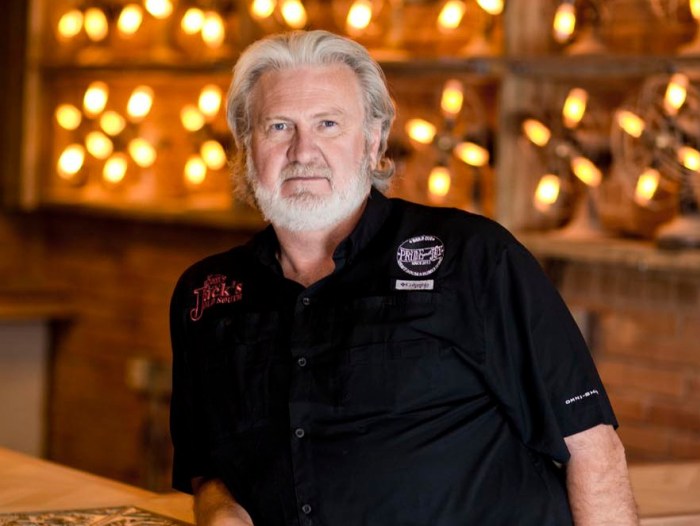 In an interview with CBS This Morning, Myron Mixon proudly showed his living room, which has now turned into a trophy/awards room. With the number of titles and awards he has under his belt, he really does deserve a trophy hall.

Myron Mixon’s first ever competition was in Augusta, Georgia in 1996. He took first place in whole hog, first place in pork ribs, and third in pork shoulder.

Since then, Myron Mixon has become a four-time barbecue World Champion. To date, he has won over 200 grand championships and has taken over 1,800 trophies in total. He won in 30 state championships, 8 Team of the Year awards, and 11 National championships.

His team has placed three first place whole hogs at the prestigious Jack Daniels World Championship Invitational Barbecue Competition. Myron has also been the Grand Champion at the World Championship in Memphis in May three times in 2001, 2004 and 2007.

He’s also taken first place three times in the Whole Hog category at the World Championship in 2001, 2003, 2004 and 2007. To date, his team has been the only one to win Grand Championships in Memphis, Kansas City BBQ Society, and Florida BBQ Association in the same year.

In 2018, Myron Mixon was awarded the Carolyn and Gary Well

Myron’s very first restaurant is ‘Jack’s Old South’ Barbecue restaurant which he named after his father. It’s located in his hometown of Unadilla, Georgia.

In 2010, Myron Mixon signed a cookbook deal with Ballantine Books. His first book, “Smokin’ with Myron Mixon: Backyard ‘Cue Made Simple with the Winningest Man in Barbecue”, has a foreword from the legendary southern baking and cooking expert, Paula Deen. Although the book has mixed reviews, Myron went on to write three more books:

“Everyday Barbecue: At Home with America’s Favorite Pitmaster” (2013), “Myron Mixon’s BBQ Rules: The Old-School Guide to Smoking Meat (2016), and the latest, “BBQ &A with Myron Mixon: Everything You Ever Wanted to Know About Barbecue”. (2019) 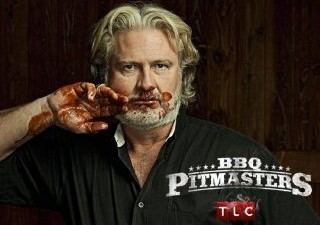 In 2009, Myron Mixon appeared on TLC’s reality TV Show BBQ Pitmasters, as a contestant. The show followed a number of barbecue chefs to various barbecue competitions. On the second series of BBQ Pitmasters, Myron appeared as a judge as the format now became a competition- game show. Myron was also there for the 3rd series as a judge, when the show involved the element ‘Destination America’ where the chefs and the judges travelled around the country to keep their crowns at in America’s most heated barbecue competitions.

According to Myron Mixon’s IMBD Profile, he has appeared and guested in over 14 shows since 2009, including guestings for Steve Harvey TV Series, Live With Kelly and Ryan, and the latest, Fox and Friends from 2017-2019.

Myron has certainly capitalised on his throne and title of being the “Winningest Man in Barbecue”. With so many titles and becoming a four-time world championship winner, who wouldn’t want to make barbecue Myron Mixon?

Well it appears, you can too, if you purchase one of the Myron Mixon BBQ grills and smokers that “allow you to truly become the master of the pit.”

His smokers/ grills range from enthusiast to commercial level, which can be viewed in this Instagram account.

And as a perfect accompaniment to the grill, Myron also has created his own line of barbecue pellets, “Myron Mixon Barbecue Pellets”, a line of kiln-dried Tennessee produced natural wood barbecue pellets. They are available in four smoke ‘flavours’: Sweet Smoke Cherry, Orchard Blend, Hickory and the special Myron Mixon blend. The pellet products have their own Instagram account too.

On top of all this, Myron has a shopping section in his site where he sells his own brand of rubs and sauces. The rubs, described to be ‘seasonings and spices blended for championship taste’, have flavour names like ‘Huney Muney Cluck Rub’ and ‘Rubba Dub Meat Rub’. The sauces, which are described to be the ‘liquid gold’ for anything you cook has a variety of flavours from you basic ‘BBQ Hickory Sauce’, to ‘Set Yo Ass Afire BBQ Sauce’.

This Chicago Tribune article likens Myron Mixon to Jimi Hendrix in that they’re both iconoclasts. The analogy is that if Jimi Hendrix is to playing the guitar with his teeth while most were still finger picking, Myron Mixon has drastically shortened the method of smoking meat. He has halved the traditional smoking time of hours (sometimes days) to half.

In competitions and for his restaurants, Myron’s goal of cooking meat is ‘hot and fast’, not the usual traditional and slower method. For instance, he will cook a brisket at around 300 degrees where the meat will spend half as long on the smoker versus the traditional “low and slow” method.

Fortunately for barbecue and smoking enthusiasts, Myron has opened a cooking school specialising in barbecuing. Myron has named it after his dad, “Jack’s Old South Cooking School”, where he describes it to be a school for the novice, enthusiast, the trained chef as well as for the barbecue competitor.

His classes are done over a course of two days, held at his home in Unadilla, Georgia. 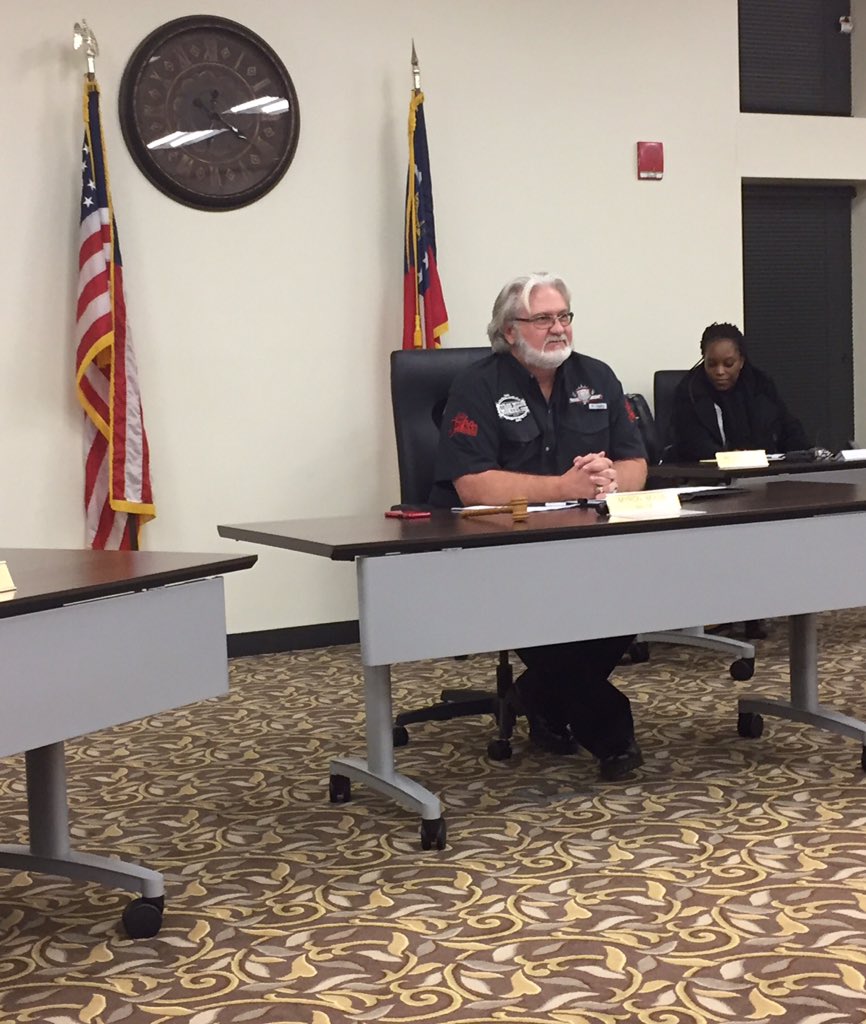 The city council website lists Unadilla as a second-class city with a population of 3,626.