Troye Sivan: Who is His Boyfriend? Net Worth, Age, Height, Songs, Bio 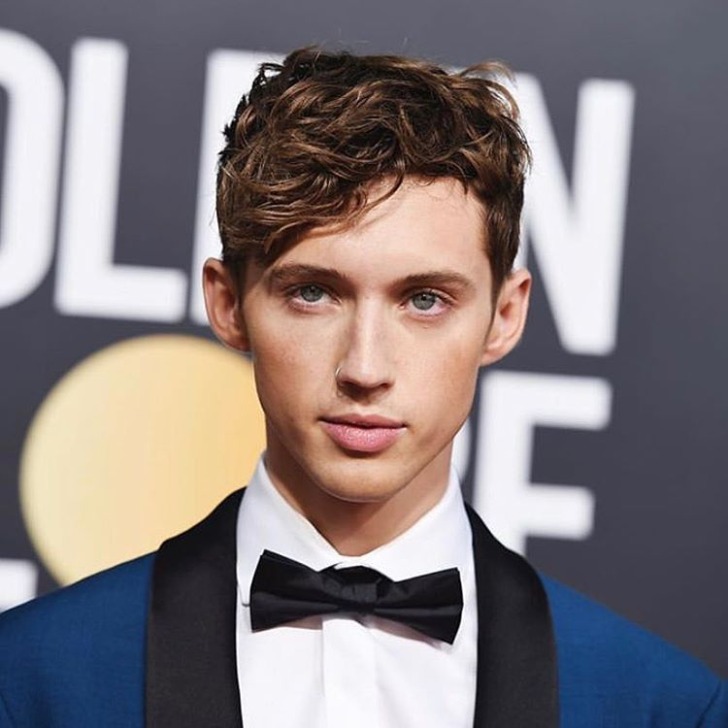 The Australian vlogger Troye Sivan is a goofy, self-confident singer, actor, and model who is well-known for his roles in The Spud Franchise.

Troye’s two EPs peaked at number five on the Billboard Top 200. Also, his second album Bloom racked up over 1.2 billion streams and it hit at No. 1 on iTunes in at least forty countries.

So, how much is Troye Sivan net worth? Is he dating anyone recently? To know more about him, keep scrolling.

Before that, look at Troye Sivan’s quick facts!

Who is Troye Sivan?

South Africa-born artist Troye Sivan real name is Troye Sivan Mellet.  He was born on 5 June 1995, in Johannesburg, South Africa to Laurel and Shaun Mellet. He has three siblings; Steele, Tyde and Sage.

Sivan is Jewish and raised in an observant Orthodox home, and currently, his family lives in Australia. Troye attended Carmel School. Not much is known about his further education and early life.

Troye Sivan age is 24. He has a standard height of 5 ft 9 inches, but weight is not available. He has a slim and tone body with light brown hair and has a blue pair of eyes.

Is Troye Sivan Gay? Who Is He Dating?

Troye Siva is one of the famous gay pop stars in the world who has traveled more than 15 different countries. Sivan didn’t realize until he is gay until age 15. Luckily, Sivan’s family is supportive and never blame for his sexuality.

After three years coming out of his family, he opened up himself as gay via YouTube on August 7, 2013, to his well-wishers and fans. Today Troye continued to be a gay icon and the LGBTQ community looking more people like him and to be picked as one of the faces of the community.

As of current writing, Troye is dating model Jacob Bixenman. He has been dating Jacob for three years. The couple celebrated their anniversary on February 11, 2019.

Troye shared a black and white photo of them with a caption. He wrote on Instagram,

The tow has opened their relationship in one of the interviews. While speaking to Attitude in 2017, Sivan said, “he got like a kind of energy about him, a magnetic sort of power. ”

Troye and Jacob often praise one another on social media, and the singer has opened up about their relationship in previous interviews.

Troye Sivan started posting videos on his self-titled channel that has amassed over 7 million subscribers and 1 billion views. On his channel, he posts content like music, challenges, Q&A, travel, and much more.

Some of his popular videos are Funny Halloween Costume Ideas, Life’s Unanswerable Questions, Coming Out, Wild, and more.

He also collaborated with an American singer Ariana Grande on a song title Dance To This that has garnered over 100 million views.

In addition to his career, Troye played numerous movies and television as an actor. He starred in the film X-Men Origins: Wolverine, Spud, Spud 2: The Madness Continue and Spud 3: Learning to Fly. He also performed as Oliver Twist in a stage production.

Troye Sivan has a net worth of $8 million. The Spud actor makes most of his earnings from his music sales and tours as well as paid quite a good amount of salary from the movies and series.

Troye has his own merchandise where he sells apparel, accessories, outerwear, and music. So far, Sivan is involved in charities and non-profit organization.