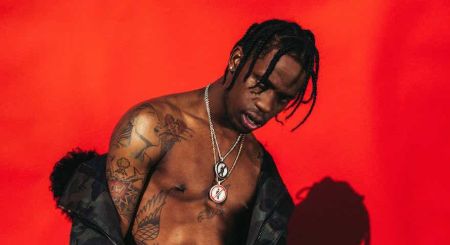 You don’t have to be a fan of hip-hop or rap to know who Travis Scott is. He is an American rapper, singer, songwriter, and record producer, the person behind the hit songs Sicko Mode and Butterfly Effect. No wonder Travis Scott has a staggering net worth of $40 million.

Moreover, Scott came to the limelight even more after his relationship with the youngest billionaire; Kylie Jenner broke out in the media. Today we will be talking more about this personality, his life, career, and journey in the music industry.

Here are some facts about Travis Scott.

Travis Scott Net Worth- How Much Does He Earn?

Travis Scott is not a new name in the music industry. Active as a hip-hop recording artist and music producer, the young musician has an estimated net worth of $40 million. Aside from that, he also plays a keyboard and drum machine to make the beats for the songs.

Similarly, Scott’s income is not limited to his music only. He earns a massive amount from his music tours and so on. Between September 2017 and September 2018, the young musician made around $20 million from touring, record sales, and Nike endorsement deal.

Age, Height, and Measurements: How Old Is Travis Scott?

Still in his prime, Travis has achieved many things one can only dream of. Standing at 5 feet 10 inches(178 cm), Scott has not revealed much of his physical details. As of now, Scott’s weight and other measurements are not known.

But we do know that he has got black hair and dark brown eyes that perfectly shows the tenacity and will. Not to mention, Travis is not scared to show-off his chiseled toned body inked with tattoos.

Travis Scott was born in the city of Houston, Texas, the United States of America as Jacques Berman Webster II. Both of his parents were working; hence, young Scott grew up under the care of his grandmother in South Park, Houston.

At the same time, none of the details on his parents can be found to this date. Likewise, Scott stayed with his grandmother until the age of six. Since the place where they lived was prone to crimes, Scott moved in with his parents to Missouri City.

As for his education, Scott attended Elkins High School and graduated at the age of seventeen. After that, he has enrolled at the University of Texas-San Antonio. However, Travis later dropped out to pursue his career in music. Also, Scott moved to New York City immediately.

Like many other parents, Travis’s folks were not happy with the decision, which led them to cut him off financially.

Frankly speaking, Travis Scott’s life is much talked about than his music. The 27-year-old  rapper made his place in the entertainment news with his relationship with reality TV star and billionaire, Kylie Jenner.

So, how did these two meet in the first place? It all happened back in 2017 when the two were spotted hitting it up in Coachella. Travis, 24, and Kylie 20 were seen hanging out at a Coachella party.

Then Kylie shared a picture of herself sitting next to the rapper with a caption, ‘It’s lit.‘ And what do you know, the rumors started flying. The couple confirmed the stories of dating.

Moreover, Kylie revealed that she jumped on Travis’s tour bus immediately after their first date. And they spent Travis’s entire tour together.

The two finally made their official debut together at an NBA playoff game in Texas.

As a token for their relationship, the couple got matching tattoos. They got teeny butterfly outlines on their ankles- a reference to Travis’s song Butterfly Effect.

Just ten months into their relationships and Kylie was rumored to be pregnant with Travis’s child. While many thought it to be impossible, Jenner’s absence from social media made the fans doubt it.

Surprisingly, on February 1, 2018, the cosmetics entrepreneur gave birth to their child, a beautiful daughter. The lovely couple later named their daughter Stormi Webster. Also, Kylie apologized to the fans for keeping the news secret. She said,

“My pregnancy was one I chose not to do in front of the world. I knew for myself I needed to prepare for this role of a lifetime in the most positive, stress-free and healthy way I knew how.”

The pregnancy was also accompanied by a video documenting Kylie’s pregnancy, of course, with Travis on every step of the way.

Travis and Kylie Are Back Together?

After two and a half years of being together, it was reported that the couple parted ways in mid-2019. It was believed that the duo was taking a break and was not opposed to the idea in any way.

Despite being over, the two stayed super close and friendly. Not to mention, the three, Travis, Kylie, and their daughter Stormi spent every family event together.

“We have such a great relationship. We’re like best friends. We both love Stormi and want what’s best for her. We stay connected and coordinated. I think about (my parents) in situations with Stormi, what they would do. They were very hands-on with me, and I want the same for Stormi.”

Well, apparently, the rapper and business mogul are getting back together. However, Jenner is terrified over the news as they have lifestyles that contradict together. Let’s see how the relationship works out this time.

For things to work, one must go at with much tenacity and determination.  Just like that, Travis began his musical journey at the tender age of 16. Unaware of the possibilities, and the future, the young Scott even then believed in himself and moved forward.

Following the event, the young rapper formed a hip-hop duo called The Graduates with his longtime friend Chris Holloway. They released their first untitled EP on Myspace. Four years later, Travis signed deals with both GOOD Music and Epic Records, followed by Grand Hustle the next year.

With this, Travis was ready to become a massive success in the hip-hop industry. Scott’s first full-length project is a mixtape titled Owl Pharaoh with much delay in 2012. During the promotion, Scott released the track ‘Blocka La Flame‘ that showcased his vocals.

Likewise, success came to him after the release of his first major-label studio album titled ‘Days Before Rodeo.’ The album was supported by two singles ‘3500‘ and ‘Antidote‘ while the latter became his highest-charting single on the US Billboard Hot 100 chart, at number 16.

Moreover, the album also successfully charted at number one on the Billboard Rap Albums. It was followed by his concert tour called The Rodeo Tour, with rapper Young Thug and producer Metro Boomin.

After the success of his previous albums, Travis Scott saw his musical career taking a hike. However, there is no denying that the American rapper and songwriter found success after the song ‘Butterfly Effect‘ got out.

On May 16, 2017, Scott released the other two new tracks on SoundCloud, including A Man and Green & Purple. The music video was released on July 14, 2017. After that, Scott released his third full studio album Astroworld on August 3, 2018.

The album, which included his hit ‘Sicko Mode,’ debuted at number one on the Billboard 100. Later that year in December, Travis Scott was set to make a guest appearance at the Super Bowl Lill Halftime Show with Maroon 5‘s set.

Moreover, on April 18, 2019, Scott collaborated with The Weekend and SZA for the popular HBO series, Game of Thornes. The track is titled ‘Power is Power.‘ Following the success of the album, Scott’s documentary film called ‘Look Mom I Can Fly‘ was released in August 2019 on Netflix.