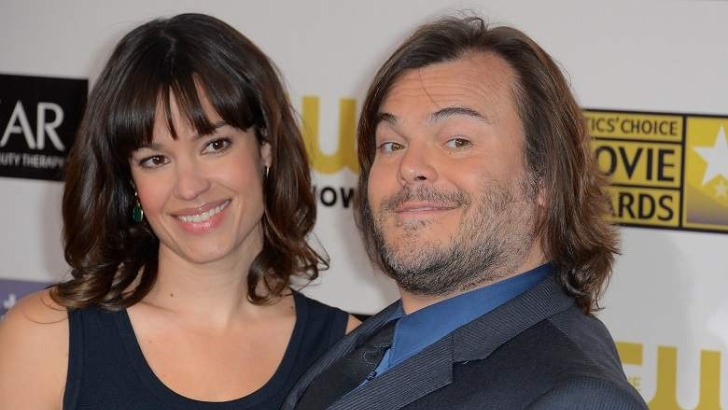 There are many celebrities who rose to stardom through their spouse. But they are equally talented as their spouse and sometimes even better. Among them, Tanya Haden also felt as soon as the lady who married her husband, Jack Black.

The couple has been good friends before finally take their relationship into the next level. Their story is better than many of other Hollywood couple.

On deck, we’ve covered everything you need to know about  Jack Black’s relationship with his wife Tanya Haden.

Tanya Haden gained media attention because of her marriage with an actor, Jack Black whom she met in Crossroads School in Santa Monica. The two attended the private school together and fell in love. Eventually, the lovebirds started dating each other back in 2005.

A year after, Tanya and Jack both exchanged the wedding vows on 14th March 2006 in California. A few months later, the duo welcomed their first child, a baby boy, Samuel Jason Black, on June 10, 2006. That’s too fast, isn’t it?

In 2008, her husband announced that they were expecting their second child. Sometimes later, Haden gave birth to their son and named him Thomas David Black on May 23, 2008.

Until now there is no rumor of having an extramarital affair and separation.

Does Jack Black have a daughter?

No, Jack Black and his wife Tanya Haden are the proud parents of two kids, unlucky they haven’t given birth to any baby daughter. Maybe soon in the future, we will hear the good news!

Tanya Haden is one of the well-known artist, cellist, and singer. Since an early age, she was interested in music and became a part of a band Let’s Go Sailing.

She began her professional career back in 2001, working in a short animated film Lint People as an assistant animator. Then she continued work as a visual artist for many exhibitions including Las Cienegas Projects.

Outside from that, Haden stepped in the music career by joining the band Silversun Pickups and has also performed for the rock band The Warlocks and indie-folk band Seawolf.

Along with her triplet sister, Tanya formed a band called The Haden Triplets in 2014 and released their album through Third Man Records. Following that year, the band performed in New York City’s Town Hall.

She is not only a singer but also a great cello player. Her sister Rachael Haden is a Bassist and Petra Haden is a violinist.

Regarding her acting career, Tanya acted in multiple movies and even contributed her voice in an animated comedy movie Kung Fu Panda in 2008. In addition, she appeared in the biographical comedy crime film, Bernie.

Tanya Haden Net Worth and Salary

Tanya Haden is a multi-faceted artist and earns a pretty good amount from different sources. As of now, Tanya Haden estimated net worth is $3 million. All of her earnings mostly comes from her music sales and tour.

On the other hand, her husband Jack Black who is an actor has a net worth of $30 million. The couple surely enjoys a lavish lifestyle for their career earnings.

Tanya Haden is the daughter of the jazz double-bassist, Charlie Haden, born on October 11, 1971, in New York City, USA. She grew up along with her sisters Petra Haden and Rachael Haden. The triplets have a strong between each other.

She studied at the California Institute of the Arts, where she majored in experimental animation and earned an MFA degree.

Join Tanya on her Instagram @tanyahaden where she has over 2.6k followers now.

We feel it is due to her secretive nature that accurate information is not available. As soon as something comes out, we will let you all know.