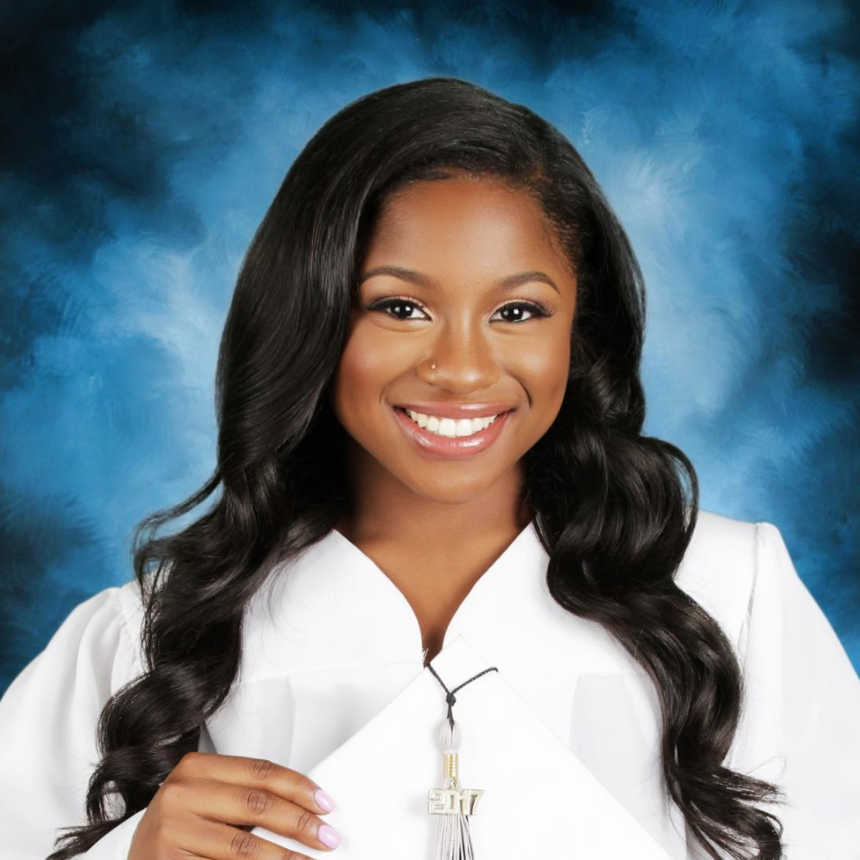 Reginae Carter is popularly known as the daughter of the famous rapper Lil Wayne and the reality television start Tony Carter.

Reginae released her single music video Mind Goin Crazy on 2nd July 2014 which has 2.6 million views on YouTube Channel. She has also been the part of the teenage group girl named OMG (Officially Miss Guide) for the short time.

Reginae Carter was born on 29 November 1998 in Louisiana, the USA to parents Lil Wayne and Antonia ‘Toya’ Carter. Her father and mother are a famous American rapper and reality TV star.

Reginae’s parents were a school sweetheart. Her parents met at the corner store in New Orleans, Louisiana. Her mother became pregnant with her at the age of only 14, while her father, Lil was 15 years old at the time. Lil Wayne and Antonia Carter married on Valentine’s Day in 2004.  However, her parent’s relationship did not last long. After two years of marriage, the couple divorced in January 2006. Despite being divorced the two remained good friends, and they both raise their daughter together.

Later, her mother got married to Memphitz in June 2011. After four years of marriage, Antonia and Memphitz were separated in 2016.

Reginae’s father, Lil Wayne has been involved with many ladies. She has three step-siblings,  Dwayne III was born on October 22, 2008, Cameron Carter born to actress Lauren London on 9 Septemeber 2009 and Neal, born on 30 November 2009, to singer Nivea from her father’s side.

Reginae Carter is a beautiful girl with a magical voice and has an attractive personality. Carter is 21 years old now. The young singer body measurement is 34-25-35.

Moreover, she has a height of 5 feet 5 inches. However, we still do not know about her body weight. She has dark brown eyes and her hair color is black.

Being a celebrities’ child, she was already one of the known faces on media.  Born to singer parents, Reginae Carter was popularly known as “Baby Carter.”

She involved in the singing field at an early age. She began her musical journey at the age of 10 when she flaunts her vocal talent in 2009 video documentary ‘The Carter.’ Then, she appeared on her mother’s reality television show ‘Tiny and Toya.’ After some time, she left the group to focus on her music career.

At the age of 14, she released her first music video “Mind Goin Crazy” on 2 July 2014. Her song has more than 2.6 million views on the YouTube Channel.

Singer Baby Carter is dating the rapper YFN Lucci who is eight years senior to her. Reginae is 20 and her boyfriend, Lucci is 28. The couple was spotted together in many public places.

The couple has been in a relationship for the past few months since February. They were caught together for the first time at the club. In Fact, Lucci confessed his love for Reginae Carter.

Despite the age gap, Reginae is happy with rapper Lucci, and they are enjoying their love life.

On June 2, 2018, Reginae Carter and her boyfriend were allegedly arrested after-hours club together in Knoxville, Tennesse. The live footage of their arrest was shared by The Shaderoom on the Instagram page.

Later, The shade room posted the screenshot from what looks like Reginae’s Instagrrraaammm story, where she wrote, “I’m okay guys. I am not in jail btw.”

US police took to the couple to the station. Now the couple can go back to doing what they do best, dropping thousands of dollars at their local Subway restaurant. Next morning her boyfriend tweeted, “EVERYTHING IS OK.”

Previously younger singer Reginae was in a relationship with Joshua Brown. She fell in love with Joshua in 2014. The couple dated together for three years and ended up their relationship in 2017. Both Reginae and her ex-boyfriend had spent a splendid time together.

Before Joshua, she dated Jaquez Sloan. Baby Carter dated Jaquez when she was just ten years old. Some years after, they split up.

Reginae celebrated her 18th birthday with her parents, Lil Wayne and Tony back in 2016. The party-themed was the 1990s “Fresh Princess ” held at a lounge in Atlanta. The party was attended by the celebrities such as Tameka ‘Tiny’ Harris, Lloyd, Kandi Burruss Tucker, Rasheeda Frost, Nivea, Bow Wow and her former OMG  groupmate, Zonnique Pullins (Tiny’s daughter). During the party, the Young Money honcho laced his daughter with $20,000 Cash.

Singer Reginae Carter has an approximate net worth of $2.5 million as of 2019.

Carter makes tremendous money form her merchandise. Lil’s daughter has her own clothing line and website called Reginae Carter Collection. It features shirts, sweatshirts, and hoodies which starts at $25.

The singer has a couple of expensive cars, a Ferrari GTO and a BMW. Her parents gifted both cars on her 16th birthday.

The young singer is active on various social platforms such as Snapchat, Instagram, and Facebook. She is active as colormenae on Instagram. She also promotes her clothing line via her account. Her post is full of her wearing colorful dresses, hanging out with friends and family.