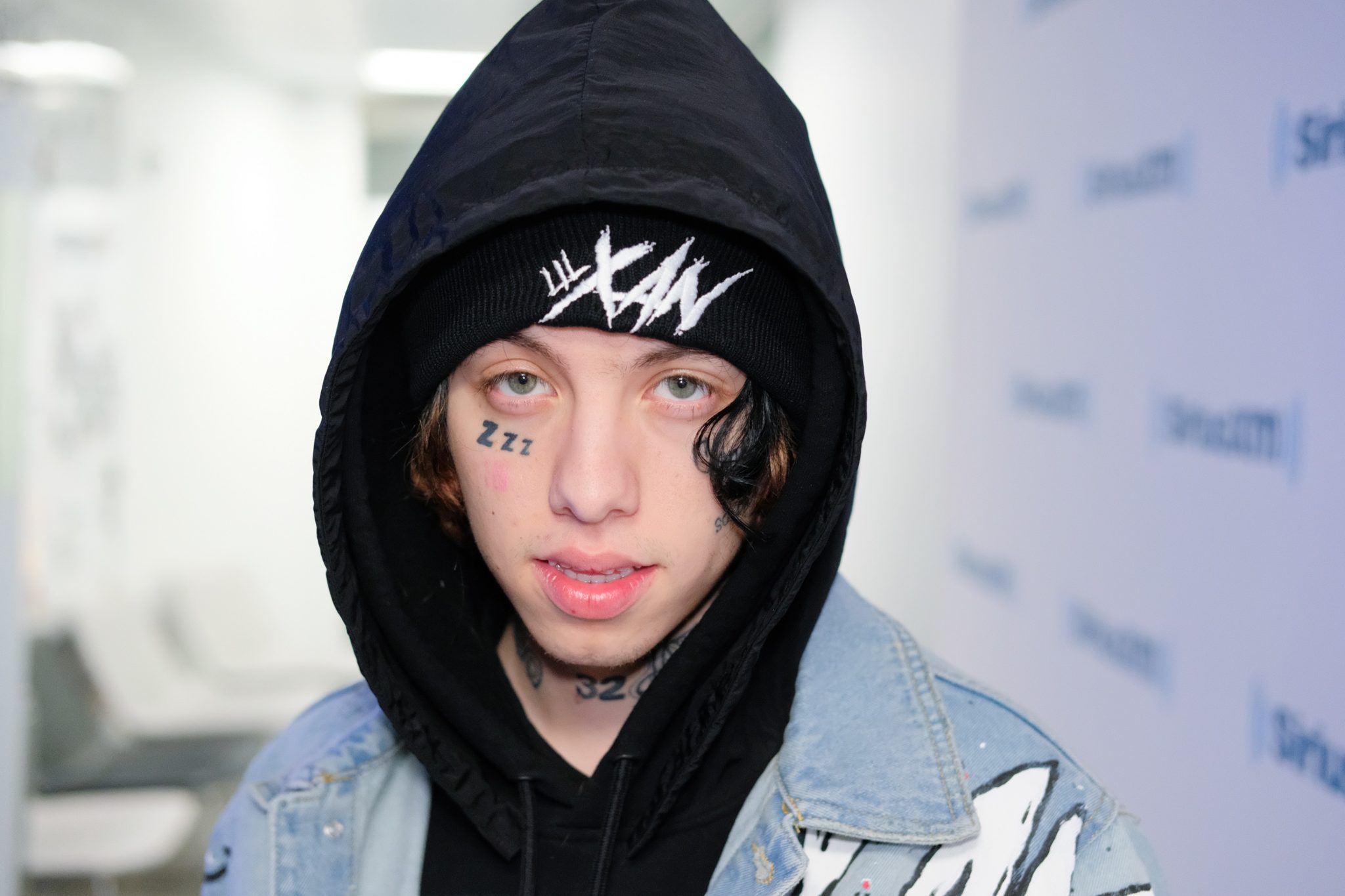 Lil Xan is an American rapper, singer, and songwriter who is best known for his single platinum-certified ‘Betrayed’ which peaked number 64 on Billboard Hot 100 and at number 22 on US Rhythmic.

Emerging rapper Lil Xin has collected abundant popularity and prosperity at his young age and is expected to reach the peak by the end of this year.

Diego Leanos was born on September 6, 1996, in Redlands, California, the USA to Mexican parents. His nickname Shark Boi is also famous among his fans. He has a very tough childhood. He was poor and lived in the motels. His mother, Candy raised him. There is no information about his father and siblings.

Diego studied at the Redland East Valle High School, but he dropped out his high school during his freshman years. Leanos remained unemployed and spent at home for several years. Later he took a job as a street cleaner and sold drugs to earned money.

After that, he pursued his career in photography and took pictures of his rapper friends and their shows. Leanos’s camera stolen by someone and as he could not afford to get a new one, so he decided to rap.

Lil Xan began his career in mid-2016. He gained popularity through social platforms such as SoundCloud and YouTube. Lil Xan released his first song ‘Xanny Montaya’ in May 2016 on his SoundCloud page which was produced by Kaniel. He continued working on several songs including Sorry, Center Fold, and Vicodin which released online and successfully garnered followers. In the same year, he released his mixtape titled ‘CITGO’ which has a total of five tracks. His single ‘Who Are You’ became most famous.

In August 2017, he released his EP titled with three tracks, Heart Broke, Betrayed and Pink Roses. His single, “Betrayed” was released on July 7, 2017, which peaked at number 64 on the US Billboard Hot 100. The single became quite famous on YouTube, with 217 million views.

On April 6, 2018, he released his studio album “Total Xanarchy” through Columbia Records. The album guest appearances from Charli XCX, YG, Rae Sremmurd, Yo Gotti, Rick the Kid and Steven Cannon. The album has a total of four songs. The lead single “Slingshot” was released on 2nd April 2018.

On March 20, 2019, he has released a mixtape titled Heartbreak Soldiers Pt. 2 through Columbia. Moreover, he also released an EP titled Fireworks on February 19, 2019, through the same record. Additionally, this year, he has released a single named Be Safe as well, where he has presented 5 tracks.  In this album, he featured YBN Nahmir, Steven Cannon and YBN Almighty Jay and received significant admiration and popularity.

In January 2018, Lil Xan officially changed his name to Diego to support his anti-drug message. In an interview with TMZ, he said his real name is Diego Leanos, and he was considering a name change downline.

He added, “I thought about changing my name to Diego. For right now we’re gonna stay Lil Xan. Later down the road, yeah, I’ll change it to Diego”.

In his early phase of career, Lil Xan had drugs addictions. He used to take deadly drugs like Xanax, Opiates, and Benzodiazepines for two years and now he quit the drug. He not only abandoned the drug but also involved began campaigning against it.

Lil Xan by the end of 2018, he started dating Annie Smith.  His girlfriend is rumored to be pregnant in February. Unfortunately, in April, Annie wrote about her miscarriage stating, “I wish more than anything that I could meet you, hold you and love you”.

Back in 2017, he tweeted that he loved his girlfriend, but he did not reveal her name.

I love my gf

Lil Xan and Noah posted many pictures of them on their social media including Instagram. The couple came into the limelight after they posted their photo where Xan was kissing Noah, and he captioned the photo “Baby blue Subaru.” They both seemed very happy together and enjoyed their love life.

Lil Xan opened up about his relationship with Noah Cyrus during the chat with Billboard that he had already met his family and they are discussing their upcoming music collaborations.

Woefully, their relationship didn’t last long. They were separated eventually spending some beautiful time together.

Rapper Lil Xan has inked a tattoo on his neck, arm, and face. He has tattooed his mother’s name, Candy below his left eye.

As of 2019, Lil Xan holds more than $3.5 million, which is expected to rise abundantly by the end of this year. Mainly, he makes his money from his music albums, stage performances, and tours.

Besides this, he gets an impressive income from advertisements and endorsements.

Lil Xan is quite active on various social media.