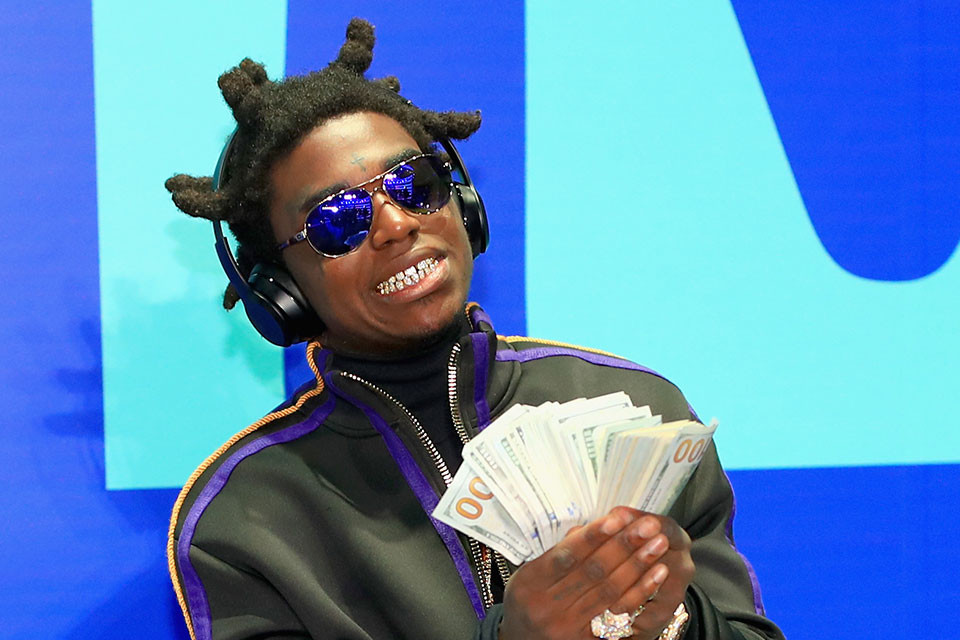 Kodak Black is an American rapper who has released several mixtapes, a studio album, singles and has featured in a number of songs. He keeps on landing himself on legal trouble and currently is in jail. Let’s know about his bio, career, jail life, net worth and all.

His mother raised him in a public housing project in Pompano Beach, Golden Acres. Kodak went to the elementary school where he started rapping and started to record music in a local trap house.

In fact, he was so into rapping that he used to spend most of the time of his youth reading thesaurus and dictionaries to improve his vocabulary.

Kodak Black was a troublemaker since his childhood, that’s why the school expelled him when he was in fifth grade. And even arrested for theft in middle-school.

Kodak Black started rapping at a very young age and joined in a rap group, Brutal Youngnz as J-Black in the year 2009 when he was of 12. Then Kodak joined another local rap group, The Kolyons.

Despite all these mixtapes, Kodak wasn’t recognized until in October 2015, Drake posted a video of himself dancing in one of the Kodak’s songs, Skrt.

After that, he became fortune in receiving the spotlight of media and earned instant popularity among young lads. In fact, Kodak signed a deal with Atlantic Records.

Later the single, Skrt reached at number 10 on Billboard Bubbling Under R&B/Hip-Hop Singles chart. Then, Kodak and Lil Uzi Vert announced the tour together called Parental Advisory Tour nationwide on May 2016.  Woefully, Kodak didn’t appear in the tour.

The single reached at number 23 on Billboard Hot R&B/Hip-Hop Songs chart. After that, Kodak released his fourth mixtape titled, Lil B.I.G. Pac and went up to number 49 on Billboard Tio R&B/Hip-Hop Album chart and at number 18 on the Heatseekers Albums chart. It was his first mixtape to make up to the chart.

Kodak Black released a song even when he was in jail titled, ‘Can I.’

Likewise, on February 17, 2017, Kodak Black released a single Tunnel Vision and it was probably his most successful work till that date. It debuted at number 27 and later peaked at number 6 on US Billboard Hot 100 and it even got to number 17 on the Canadian Hot 100.

Kodak Black also released his debut studio album on March 31, 2017, titled Painting Pictures. The album went to number 3 on the Billboard 200. He released the follow-up of his first mixtape Project Baby, Project Baby 2 on August 18, 2018.

American rapper Kodak received an arrest warrant for the accusation of robbery, battery, false imprisonment of a child and possession of cannabis in October 2015.

He was arrested on April 2016 for possession of weapon and marijuana and running from officers. Again, he was arrested again next month for armed robbery and false imprisonment.

Kobak Black appeared in court in Fort Lauderdale, Florida on August 2016, where several executives from Atlantic Records were present including the vice-president.

Kodak pleaded no contest to all charges and he was to be placed on house arrest for one year, have five-year probation, perform community service and take anger management classes.

But prior to his release from jail, police found his two outstanding criminal warrants which ended up in the jail. Kodak pleaded no consent for a drug in September 2016 and got sentenced for four months.

Also, Kodak was suspended from driving for a year. Moreover, he was transported to Florence, South Caroline to face sexual assault charges.

On 1st December, South Carolina jail released him after posting a $100,000 bond.

In January 2018, US police arrested Kodak from his Pembroke Pine Florida home on multiple charges. He was initially charged with seven charges but later three charges were dropped and Kodak got sentenced to 364 days in prison. He then released in August 2018.

Kodak, on December 2018, released his second album Dying to Live. Later, with huge success, he released single Zeze which featured popular rappers Travis Scott, Offset, and Lil Pump. His most hit songs Zeze, and Calling my Spirit were peaked at 2 and 46 on the Hot 100, respectively. Dying to Live, his other most hit album was on the Hot 200 list for 15 weeks, and played at number 1 for a week.

On May 11, 2019, US police again arrested him while he was preparing to perform on the stage at Rolling Loud Miami for firearm charges. And his lawyer has stated that he is not a danger for society due to his non- violent crimes, therefore, is demanding a release warrant of Kodak. It seems Kodak will be released sooner than expected.

Net Worth Of Kodak Black

Kodak Black is on and off with his career due to all the trouble he gets himself into. Although Kodak has a whole career ahead, his legal issues are not stopping. As of 2019, Kodak Black has an estimated net worth of $600k.

He has released several mixtapes, a studio album, singles and has featured in a number of songs that have been successful and went up to the Billboard chart. In fact, Kodak Black’s debut studio album was a success which sold 71,000 units in its first week of release.

Kodak Black dated Jaammiah Broomfield with whom he has a son, King Khalid. But things didn’t go well with this couple and they separated their ways.

But the matter about the custody of the son gathered some headlines. Jaammiah filed an affidavit of indigency in Broward County Family Court on March 22.

She said she is totally broke, without any job and is unable to fight for the custody of Khalid unless Kodak rescues her and pays all the legal fees.

Raven Ramona Liberty, Kodak’s lawyer states that Hammiah is using the baby as the cash machine to make a demand for money from Kodak every time he wants to be with the baby. He also said that Kodak didn’t know he was the child’s father until the baby was of one year.

Currently, Kodak Black is ready to pay $4,200 per month to Hammiah as child support until 2033. As of now, Kodak is in jail but before ending up behind the bar, he was with Cuban Doll.