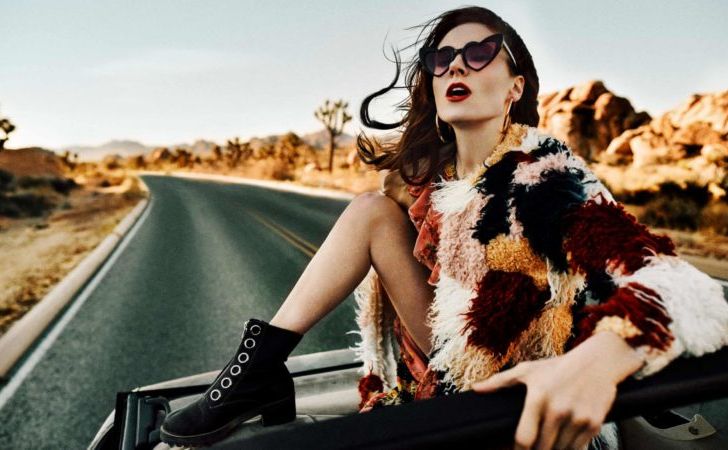 Kate Nash is an English singer-songwriter and actress who firstly rose in prominence in the UK with the smash-hit Foundations. She is an award-winning songstress, and it’s natural; she gained fame through her music.

Readers you might be unaware of the sheer talent Kate Nash possesses; hence, we will discuss Kate Nash in today’s article!

Kate Nash, born as Kate Marie Nash, was born on 6 July 1987 in Brent, London, England. However, she grew up in Harrow, North West London. Kate was born to Steve Nash and Marie Walsh, who is a nurse in a hospice. She has three siblings, namely Ed, Clare, and Helen.

?AUTUMNAL DETECTIVES SUP SUP?Hi?how r u?What u been up to? I’m playing Vegan Fashion WK this Thursday 10th Oct in LA! At the @acedtla with @boomvision Tickets available. Show starts at 7.00 PM X

Also, Kate is of white ethnicity; she shares English ancestry from her father’s side and Irish descent from her mother’s side. Her Zodiac sign is Cancer.

Further, she learned how to play the piano at an early age and got engrossed in music, that motivated her to pursue her career as a musician. A fascinating fact about Kate is that she underwent cardiac radiofrequency ablation in 2005 to eliminate tachycardia.

Nash initially graduated from BRIT School with the motive of being an actor. However, her dream got cut short when she was unable to get admission in several drama colleges and universities, including Bristol Old Vic Theatre School.

In the same way, she weighs 56 kg (123 lbs) with a slim body frame. The most distinctive feature about Kate Nash is her natural redhead look and that she adorns punk jewelry most of the time. Likewise, her dark brown eyes compliment her fair complexion.

Before her music career, Nash worked for a fashion retailer in River Island and also worked in one of the restaurant chains of Nando’s. However, Nash’s music career fostered in 2005 when she was homebound due to an injury and started recording songs.

Nash performed around town, and after several gigs, she started uploading her music to MySpace. Subsequently, she found a manager and a producer for her music after which under Moshi Moshi Records in 2007, she released her first single titled Caroline’s a victim. Kate shot to instant fame when she released the single Foundations, which became an overnight hit.

Another moment of rejoicing came when her first-ever album Made of Bricks topped the charts in the UK. Ultimately, she won the Best British Female Artist award at the BRIT awards in 2008. Made of Bricks opened to mixed reviews but eventually found success.

Nash released Mouthwash, and Pumpkin Soup made it to the Top 40 list; however, the fifth single didn’t enjoy much success in the UK but managed to garner attention in the U.S. and Canada. This album went on to chart at 36 in the U.S. Billboards chart, and Germany certified it as a Gold album.

In January 2010, she announced the release of her new album; My Best Friend Is You. This album exhibited a unique sound as compared to her previous albums and singles. Nash took inspiration from Diana Ross and The Supremes, Wall of Sound, Motown to No wave, and Riot grrrl for her “girl group” sound.

During 2012–2015, Nash went on Faster Pussy Cat Run Run Tour and performed 12 shows across the UK. She also contributed her song My Chinchilla to the Narduwar and The Evaporators album Busy Doing Nothing. In the same year, she released an EP titled Death Proof, of which a Quentin Tarantino film loosely inspired a song title.

Due to scheduling issues we have to move the Kate Nash September shows to June 2020. But Good News: We added a Hamburg date! Tickets remain valid or you can get a refund from point of purchase. Tickets for Hamburg are on sale now. – Kate Nash Management . I love you Germany! I’m so excited for and srsly anticipating this tour. Sorry for the necessary reschedule and thank you so much in advance for understanding. ? – Kate Aufgrund von Terminüberschneidungen müssen die Konzerte von Kate Nash vom September in den Juni 2020 verlegt werden. Als kleines Trostpflaster können wir zusätzlich einen Termin in Hamburg bestätigen! Tickets behalten ihre Gültigkeit oder können an den jeweiligen VVK-Stellen zurückgegeben werden. Tickets für das Konzert in Hamburg sind ab sofort verfügbar. – Kate Nash Management

She released Girl Talk in 2013. It was a self-released third album under Have 10p Records along with Fontana after collecting funds for its release. At the same time, she appeared in a film about Tim and Jeff Buckley that premiered in TIFF 2012.

Likewise, to finance for her fourth studio album, she launched a Kickstarter campaign and thereby released Yesterday Was Forever and a separate EP titled Agenda in 2018. Nash released Drink About You and Life in Pink before the entire record that opened to positive reviews from critics. Nonetheless, she toured the U.S. and Canada, and fans must have caught her in Reading and Leeds Festival.

Brighton is SOLD OUT! Get last remaining tix for my shows in Cardiff & Portsmouth for last chance to see me in the UK this year! Or else get ur butt to Y NOT, Standon Calling or Truck Fest. That’s it ppl! Don’t miss out ? photo @darkroom.memoir

Apart from her music career, she helped to co-write Almost Isn’t (Good Enough) Is It? for Trachtenburg Family Slideshow Players member Jason Trachtenburg for his album File Under Pop Male Vocal in 2009. Similarly, she appeared in Look What You Done for Lethal Bizzle Track album titled Back in Bizzness.

Finally, for promotions of her new music or to maintain her impressions in the music community, she participated and performed in numerous music festivals, including Wireless Festival, Bestival, Electric Gardens, Glastonbury, Latitude, Reading and Leeds, Oxegen and T in the Park.

Kate Nash is adept in Vocals, Guitar, Synth, Keyboard, Bass, and drums. Although she varies her sound and makes her music unique for every album, she bases her genre mainly in Indie Pop, Indie Rock, and Garage Punk. Kate Nash has affiliations with Have 10p, Fiction/Universal, Moshi Moshi, and Dine Alone Records.

Kate Nash’s Life As An Actress

She gained fame as a musician, but she didn’t deny her passion for acting and as a result, appeared in some productions like Syrup, Powder Room, The Devil You Know, and in 2019, Horrible Histories: The Movie-Rotten Romans. Besides, she made an appearance in a film titled Greetings from Tim Buckley, a movie about Tim and Jeff Buckley.

As of 2017, she appears as Rhonda “Britannica” Richardson in Netflix’s hit series GLOW, which also stars Alison Brie and Betty Gilpin. In 2018, her documentary titled Kate Nash: Underestimate The Girl, a film by Amy Goldenstein, premiered at the Los Angeles Film Festival and IDFA.

The documentary is about her journey to write her fourth album as she learns to survive as a punk renegade, TV wrestling Queen, and DIY leader of an all-female band. Tom Biller, Jarrad Kritzstein, Kate Craig, Alicia Warrington, Linda Buratto, Emma Hughes, John Kennedy, Marie Nash, Brett Lomas, Frederik Thaae, Jeff Ellis, and Stella all make an appearance in this documentary.

Throughout her music career and some screen involvements, Kate Nash amassed a net worth of $2 million. At the same time, her salary is somewhere around $40k, according to some sources.

She is still producing quality music and is still young, and we are confident that she will have a more considerable net worth in the coming years.

Kate Nash endorses Hourglass Cosmetics, Mulberry, Shrimps, Marzook, and Judith ~ Rose Cut Clothing. Hence, this might add to her net worth as well.

Apart from her involvement in commercials and other ads, she is an activist. Kate Nash’s philanthropic efforts may go unnoticed on a large scale, but her fans know her well.

She organized an auction on eBay to raise money for a 5-year-old girl who needed prosthetic hands. Similarly, she is an active supporter of the LGBTQ community, being a bisexual herself. Nash is also a pr-feminist,  encouraging people to raise awareness regarding women’s empowerment.

In 2017, Nash endorsed a Labour Party leader for the UK General Elections because she believed in his words about educational rights, humanitarian rights, and workers’ rights.

Reportedly, Kate was in a relationship with British musician Ryan Jarman. Both met during the shooting of an episode of Later…with Jools Holland in 2017, and there’s no denying sparks flew. These two lovebirds were together until March 2012. Thay had to break-up due to Ryan’s anorexic and psychological issues.

Surely, she wasn’t single for long. As of 2015, Kate is in a relationship with singer Zac Carper. Further details regarding their current status are under the radar.

Kate Nash is on tour, and she is currently performing in Germany. You can check out the following dates and catch her on tour!