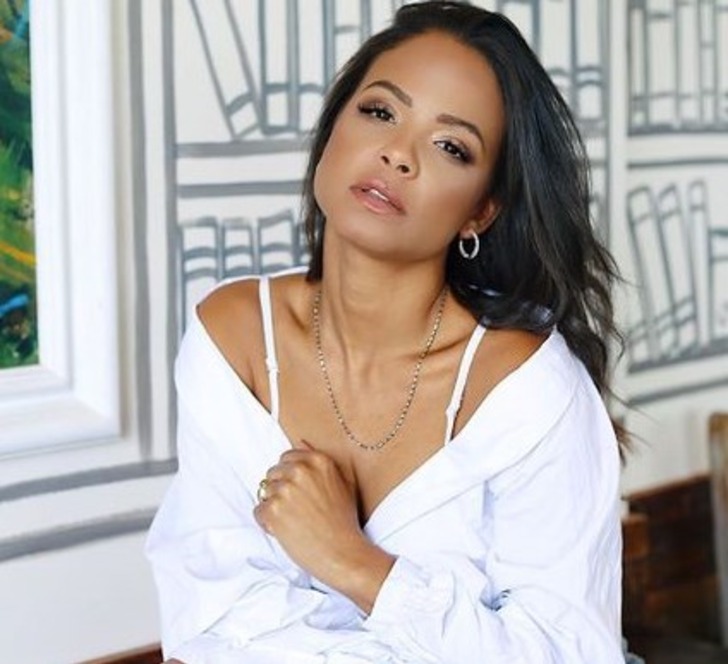 The 37-year-old, Dit It Low singer, recently shared that she is expecting her first child, with boyfriend Matt Pokora. However, she also parents a daughter Violet Madison Nash from her ex-husband Terius Youngdell Nash AKA The-Dream.

Let’s get to know deep into her romantic relationship. Also, know about her past affairs, including Chistina Milian’ net worth, age, and wiki-bio.

Christina Milian and Matt Pokora Are Expecting Their First Baby

American singer Christina Milian shared good news via her Instagram page with a shot of herself and her boyfriend, M. Pokora. She captioned with it a heart emoji, “New release 2020! What a blessing! Let’s do this babe @mattpokora ❤️!”

The same imaged was shred by her boyfriend on his account. He wrote in the caption, “Legacy on the way!”, adding the hashtag “Happyman” and mentioned Milian as well.

Opening about their relationship, Christina and her boyfriend M. Pokora has been dating since 2017, and they both are delighted with each other.

In an interview with Hollywood Life, she said that Pokora’s truly honest with her and they really have a great relationship. Moreover, the couple talked about their family plans. Also, she revealed that she wants one more child.

Who is Christina Milian’s Ex-Husband, The-Dream?

Before M.Pokora, Christina Milian was married to Terius Youngdell Nas aka The-Dream, an American record producer, songwriter, and singer. Christina and The-Dream started dating back in 2009 and then got engaged in Las Vegas that same year.

The couple fled at the Little White Chapel in Las Vegas. On September 11, 2009, Christina and The-dream announced that they were having their first child together.

Milian gave birth to their daughter, Violet Madison Nash, on February 26, 2010, who is now nine years old. Violet is the first child of Milian and fourth of The-Dream. Oh yes!, her ex-husband had three children from his ex-wife, Nivea.

Like other celebrities couple, their relationship didn’t last forever. The-Dream and Milian separated in late 2009, only after their three months wedding. Their divorce became finalized on October 23, 2011, and parted ways.

In her career, the singer has dated many guys. After Milian separated from her ex-husband, she started flinging Jas Prince, son of Rap-A-lot Records CEO and impresario, in September 2010.

In April 2013, the two got engaged after dating around almost three years. A year later, Milian moved out of their home and called off their engagement.

In July 2014, rumor surrounded that Christina dated rapper Lil Wayne when the duo together attended the ESPY Awards. In mid-2015, both Lil Wayne and Millian confirmed their relationship but split up at the end of 2015. They even collaborated many singles, videos, and performed live together.

Christina Milian was born September 26, 1981, in Jersey City, New Jersey, and raised in Maryland. Her birth name is Christina Flores. As a kid, Milian has an interest in acting and singing that made her moved to Los Angeles with her mother and sisters.

At the age of 19, Milian signed a contract with Def Jam and released her first self-titled debut album that featured the singles AM to PM and When You Look at Me in 2001.

In 2004, she released her second album It’s About Time that peaked at No. 14, selling a total of 328,000 copies. The album received a Grammy nomination for Best Contemporary R&B Album. She released one more album So Amazin and now, she is working on her fourth album.

Outside from her music, she played in several movies such as Don’t Cost A Thing, Be Cool, Pulse and had a minor role in Ghosts of Girlfriends Past.

Moreover, she played the lead role in the straight-to-DVD film Bring It On: Fight to the Finish. Additionally, Christina was cast in the ABC Family Original Movie Christmas Cupid alongside Ashley Benson and Chad Michale Murray.

Christina Milian earns most of her money from her albums and her appearance in movies as well. Milian has a net worth of $4.5 million as of now.

She owns a Mercedes G wagon, that costs $124,000. Other details of her property are not known. However, the singer is living a lavish lifestyle with her boyfriend, M.Pokora.