Wondering what happened to Instagram sensation Mulan Vuitton? Find out why she disappeared, where is she now, and the truth about her nude photos.

When you’re an internet sensation, a little controversy here and there won’t hurt. But in the case of Mulan Vuitton, it was controversy that shot her to fame, and also too much of it took her off the limelight. After a brief hiatus, Mulan Vuitton is back on the net gaining popularity as an ‘adult content creator’. This baby-faced and voluptuous Latina is living proof that when one hits rock bottom, the only way is up so you may as well enjoy the ride.

WHO IS MULAN VUITTON?

Mulan Vuitton is a 22-year-old American social media personality who shot to fame on Instagram due to her controversial and provocative posts. She is now an adult content creator on the platform OnlyFans and is also trying to pursue a singing career on Spotify.

HOW OLD IS MULAN VUITTON?

Mulan Vuitton was born on the 9th of April 1998. She just turned 22 years of age. She was born under the sign of Aries, a sign generally related to characteristics of being fiery, passionate and confident. 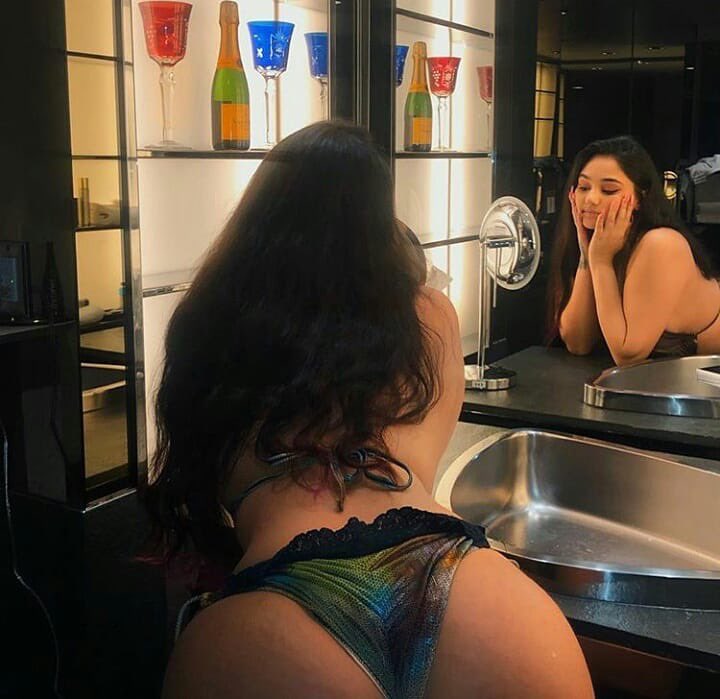 HOW DOES MULAN VUITTON EARN INCOME?

When Mulan Vuitton shot to fame in 2017, Instagram was her primary source of income, with over 300,000 followers and sponsorships from clothing brands such as Yekim.

As her video clips and photographs became more and more provocative, her account eventually was banned from the platform and she lost her following and sponsorships.

She now generates income as an adult content creator on the app OnlyFans, where fans / followers pay a subscription fee to see explicit videos of her.

In an IG Live video dated 24th of April 2020, Mulan disclosed that she is going to get her ‘boobs done’ when the quarantine is over. She also candidly shared that, “as you all know, ya girl is making some great money right now…more than ever”. She excitedly emphasised further that her income right now is really ‘more than ever’.

Mulan could be referring to her newfound career as an adult content creator on OnlyFans.

According to Business Insider, top earners from FansOnly easily make annual incomes of $100,000 and above from creating explicit content.

Mulan Vuitton also has a profile on Spotify, with her single ‘Boy, Bye’ being released in February of 2020.

Apart from the IG Live video where Mulan casually shared her plans of getting breast surgery or implants, not much is known about Mulan’s personal life and material assets. She has come a long way from her early Instagram days in 2017 where she posed in luxurious settings (hotels, yachts, restaurants etc) and luxury cars.

Given how much she is earning right now, it can be said that Mulan Vuitton is likely living a more low-key lifestyle as she embraces and cashes in on her new role as an adult content creator on OnlyFans. 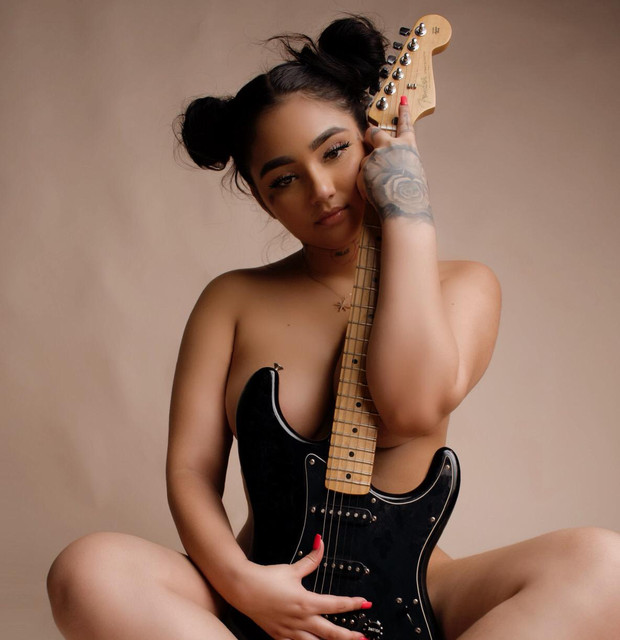 Ever since Mulan Vuitton became Instagram-famous in 2017, nothing has been mentioned or referred to about her personal life or family background. Her ethnicity is Puerto Rican though, backed by her Instagram account saying so in her bio section.

It is also not known whether Mulan Vuitton is her actual birth name, or a stage name she acquired, inspired perhaps by the French luxury retail company.

Instagram used to be Mulan Vuitton’s main social media (and perhaps was her main source of income), posting provocative and explicit photos and videos of herself. She rose to Instagram fame sometime in 2017, with suggestive photographs of herself in luxury cars, yachts and hotels. She was selling or portraying the ‘high life’, with some old videos showing her literally throwing cash (paper bills) in the air. She was also infamous for her twerking videos with fancy and luxurious surroundings as her backdrop.

Perhaps it was due to the explicit nature of her posts that got her Instagram account banned. It is unsure when her original account was banned, but now, there are scattered unofficial Mulan Vuitton Instagram accounts. As of April 2020, the account @mulanvuittonbaby seems to be the most current one she uses.

She’s had this account since January of 2020, and in lieu of fancy cars and yachts, her backdrop now consists of random couches, beds and hotel rooms as she continues to pose provocatively. Not much branded clothing now either as her outfits become progressively skimpier with every post.

American singer Miley Cyrus once said that ‘People like controversy because that’s what sells.’ In the case of Mulan Vuitton, her controversies are what propelled her to the spotlight and also what took her off it. Ever since she became famous on Instagram, her posts have always been quite sensational and provocative. Mulan Vuitton became known for her twerking posts, and also for underage drinking. The legal age of drinking in the United States is 21, and as Mulan only just turned 22, she was not of legal age to drink when she posted drinking photos two years ago. She was also known to have posted an Instagram Story clip of her throwing money in the air and also associating herself with rappers much older than her.

To add to this, her phone was allegedly hacked in 2018 which explained the sudden ‘leak’ of Mulan Vuitton nudes online. Many fans suspected that her phone wasn’t really hacked, and the leaked nude photos were deliberately done in an attempt to gain more publicity.

She disappeared from the limelight for a time and is now regaining publicity as an adult content creator. 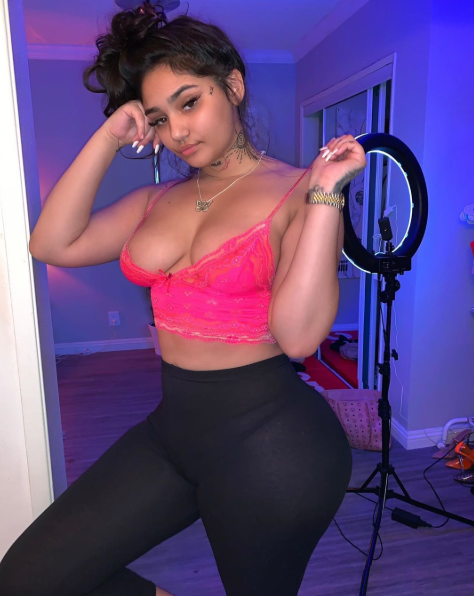 WHO IS MULAN VUITTON DATING?

Mulan Vuitton was once linked to Canadian rapper Drake, when she appeared in one of his Snapchat stories which he soon took down.

In 2017 to 2018, she was in a short on-and-off again relationship with rapper Trippie Redd.

She does not seem to be dating anyone at the moment.

Trippie Redd and Mulan Vuitton had a short-lived relationship in 2017.

The new couple became highly respected as fans considered them to be the ‘rap power couple of soundcloud’.

In 2018, controversy arose when Trippie Redd apparently left Angvish as he got back together with Mulan Vuitton.

As of writing, Mulan Vuitton and Trippie Red are no longer together (again).

Looking at the content she posts on Twitter and with her bio stating: “back on this pos”, it’s quite evident that Mulan Vuitton has been banned several times on Twitter.

On April 27, 2020 Mulan Vuitton posted a tweet seemingly addressing those who ‘shamed’ her for promoting her OnlyFans video clips. She tweeted, “F*** everyone who shamed me. I’m out here living good not having to ask favors.”

Prior to this tweet, Mulan has been uploading her OnlyFans video clips on a daily basis.

It will not be surprising to find out if this current Twitter account’s days are also numbered. 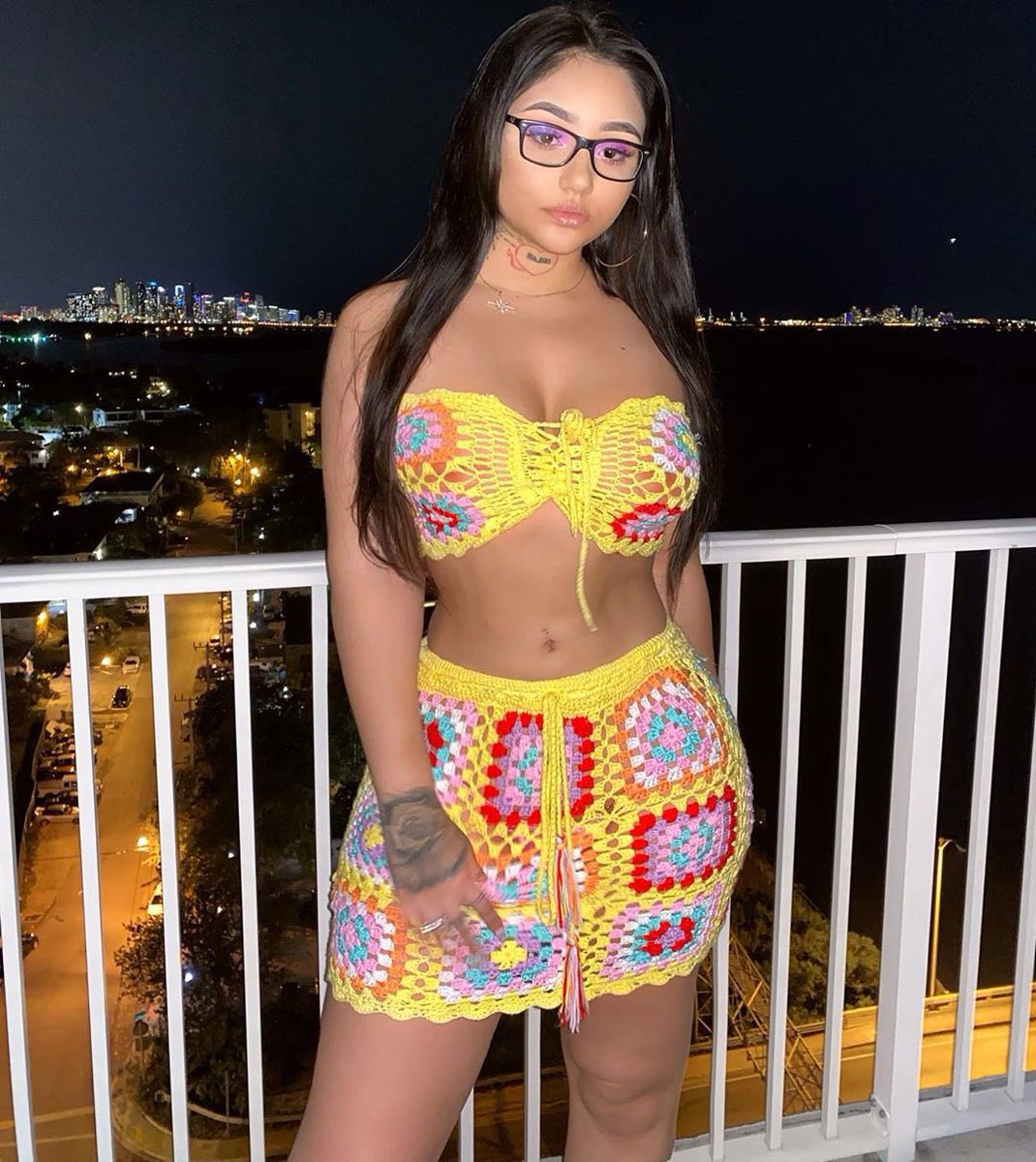 One look at Mulan Vuitton’s physique and your eyes will inevitably be drawn to her very well-endowed derriere. While these dangerous curves have given her popularity, many keen observers say that they are not natural. This photo, dated 2017, shows a much slimmer, more natural-looking Mulan with some fans saying this was when Mulan looked her best.

More recently, Mulan Vuitton uploaded an IG Live video (dated 24th of April 2020), where, while making lunch, she casually told viewers that, “I’m going to get my boobs done when this sh*t (quarantine) is over”.